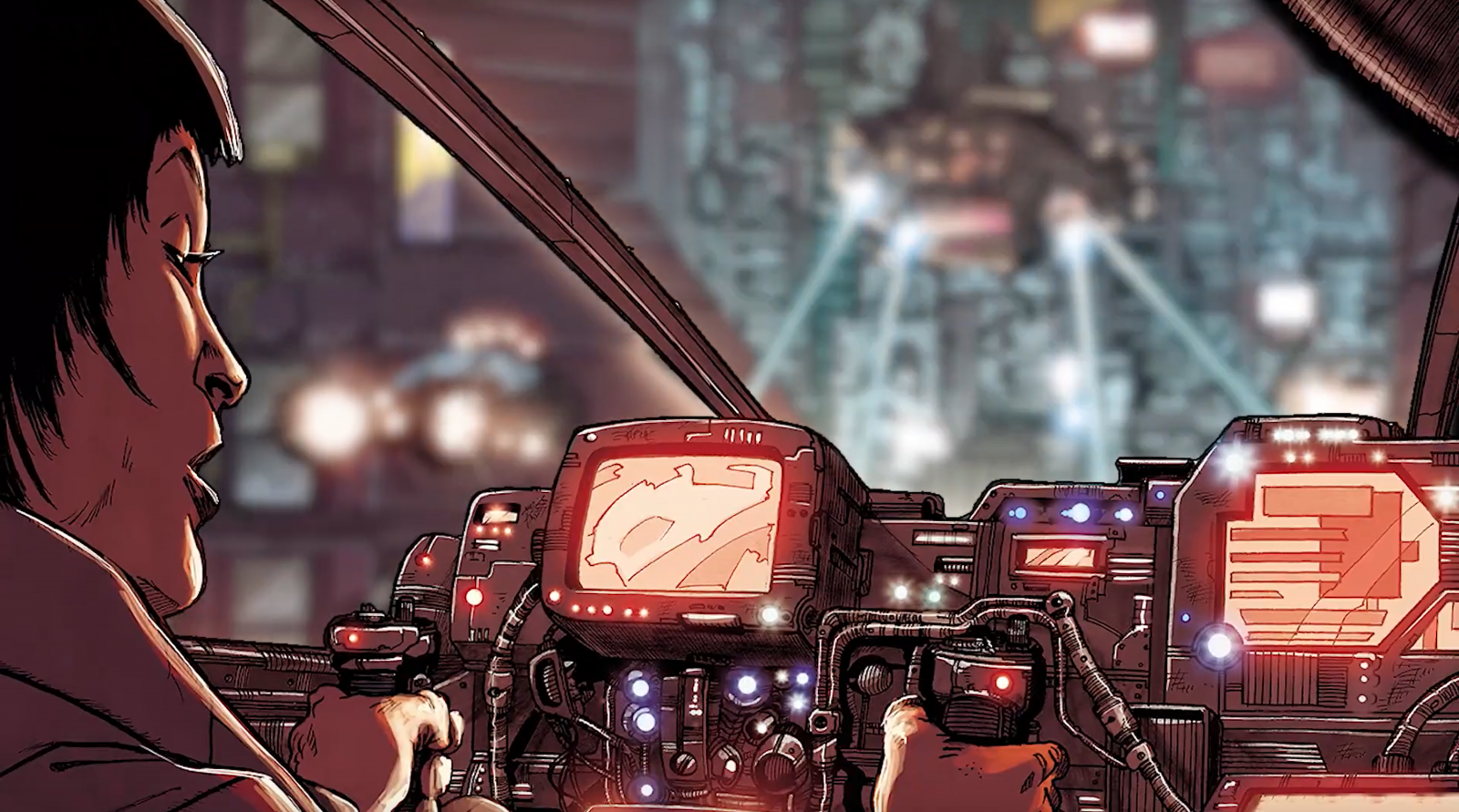 It wouldn’t be much of an exaggeration to say that I like Blade Runner a little bit. It’s my favorite film of all time, I own every cut of the movie (including the Workprint), and I have a copy of Paul M. Sammon’s Future Noir sitting on my desk next to a framed origami unicorn accompanied by Gaff’s famous quote. The latter is, for the record, the coolest film collectible I own. But, that remains tangential to the point: Blade Runner’s universe is one that I enjoy being immersed in. That said, the franchise itself is rather walled-off, relegated in media to a pair of films and a smattering of orbiting material. Thankfully, the in-canon Blade Runner universe’s expansion that began with 2017’s Blade Runner 2049 is continuing once more with Titan Comics’ new Blade Runner 2019 series.

While Villeneuve’s film chose to distance itself from Scott’s 1982 classic, both in terms of aesthetic, but more importantly, time, this new tale from Titan Comics plants itself firmly in the lane of the original. In fact, the series takes place in the same city and year: Los Angeles, 2019. While this fictional 2019 bears few resemblances to our real-world 2019, fans of Blade Runner will feel immediately at home in the panels of this endeavor. That film and this comic feel like sibling stories in their execution of style and tone, right down to the attire of our protagonist, Detective Aahna Ashina–Ash for short. Now, from the perspective of a Blade Runner fan(boy), these similarities feel more like a springboard than a safety net.

In many ways, this comic feels like a Blade Runner fan’s daydream experienced while watching Scott’s film. Part of the movie’s success is the way it crafts an interwoven, grungy world and teases the audience with it. Every frame features tantalizing locations and events percolating at the periphery of Rick Deckard’s narrative that beg to be explored, leaving the viewer wishing that the camera would pan and linger even for a moment on some happening off in the distance. The story of Detective Ashina feels like one such lingering moment. Nothing here will subvert the neo-noir tropes of Blade Runner in the same manner that Blade Runner 2049 did, nor will any singular new addition to the mythos feel as fresh as the revelations in that sequential film. 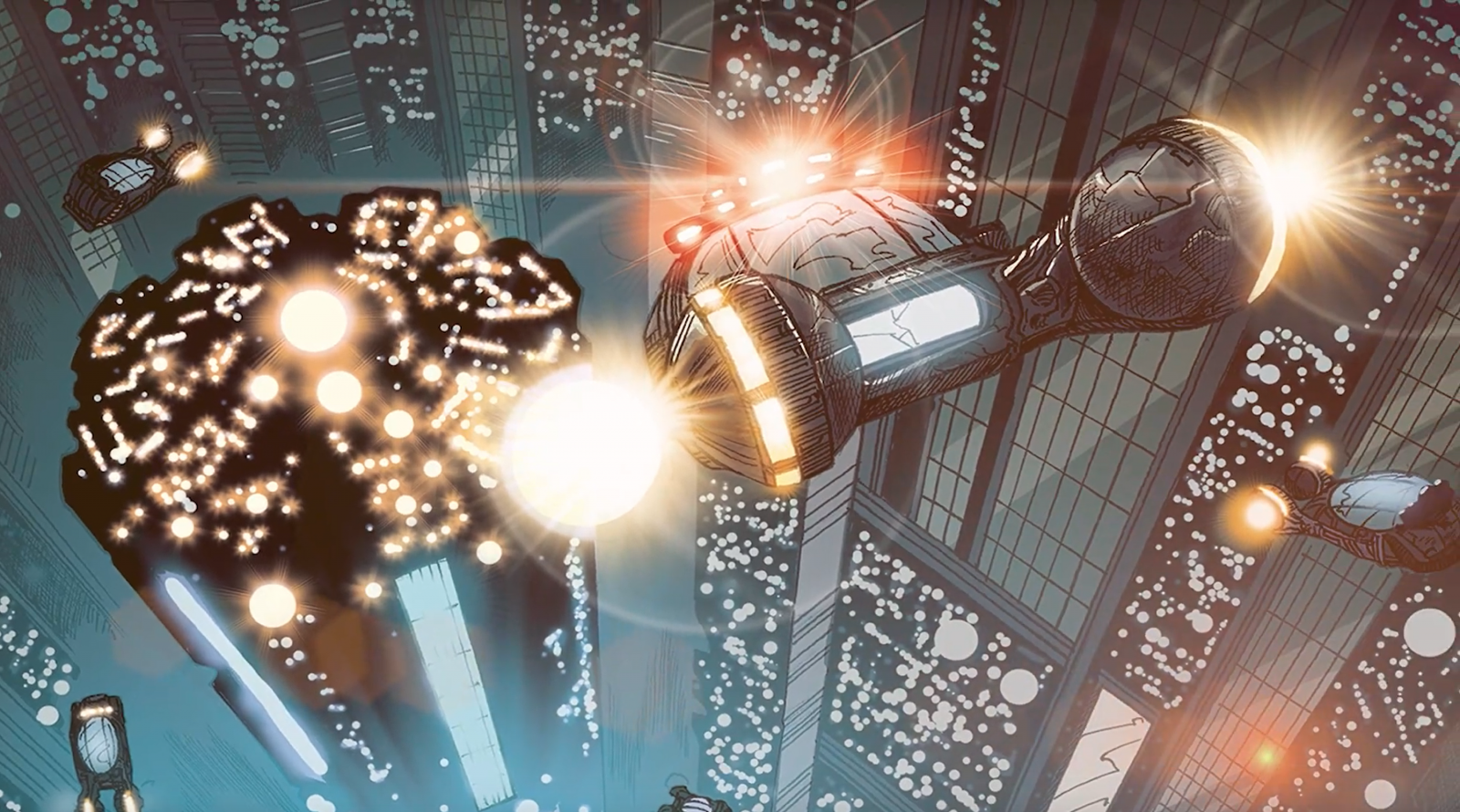 Yet, the panache displayed by the creative team behind the Blade Runner 2019 comic in simulating the feel of Scott’s film is impressive–laying a fantastic foundation to play in. Simply seeing new corners of overpopulated Los Angeles and learning little tidbits about the society as relayed casually between characters elicited a visceral, kinetic reaction from me and I was once more immersed in the world of Blade Runner. Already, the curt lines of dialog and moody, bleak storytelling drip noir-stylings, and Detective Ashina’s narration atop the storyline adds to the effect. Don’t worry, though–this narration’s quality is significantly better than the theatrical cut of the 1982 film. On the other end of the spectrum, the one aspect of the project currently dragging the overall work down, though, is the art direction. While there are some stunning panels and great color work, the world here feels all too clear: it lacks the bite necessary to fully sell either the noir tale unfolding before us. A more restrictive color palate and heavier, contrasting shadow work would’ve gone a long way here.

Artwork aside, there is little reason for a Blade Runner enthusiast to gripe. I haven’t mentioned the narrative by design–it’s satisfyingly intriguing and has me on the hook for the next issue, but its surprise-heavy story beats are best experienced first-hand, without any context. Actually, for those who (wrongly, in my eyes) lambast the original film’s alleged-lack of plot or characterization, the cast and central mystery featured in the comic should prove to be a pleasant surprise. In this first 32-page issue there is already a network of interesting characters and plot threads to unravel in the coming months. Really, though, the storyline itself is almost unnecessary to discuss because the essential question here is whether the pre-existing world of Blade Runner speaks to you. If it does, jumping into this series is a no-brainer. But, if the established framework doesn’t appeal to your sensibilities this title from Titan Comics doesn’t feature anything that’ll sway you. However, I don’t think it needs to. From the outset, this story was meant to expand the world that fans love,. and already the book is accomplishing just that.

Abram is an aspiring games journalist with a soft-spot for titles published by a particular company that starts with N, and ends with -intendo. When he's not playing, or writing about, video games, Abram is most likely ranting to no one in particular about various films he's seen, or grabbing the sketchpad to do a bit of drawing.
Related Articles: Beyond the Page
Share
Tweet
Share
Submit