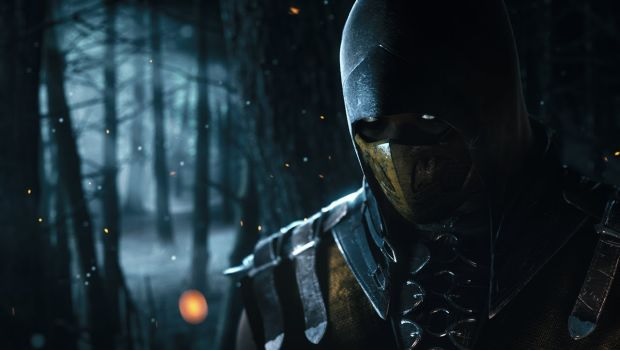 Remastered games are all the rage lately. Homeworld, The Last of Us, Grand Theft Auto V, and others have taken games we already loved and rebuilt them on new platforms, taking those experiences to the next level. Camoflaj and Logan Games built a stealth title called République on iOS platforms, the product of their wildly successful Kickstarter efforts. The episodic title has since expanded to Android platforms, and now comes to Steam as République Remastered — the first title to release using the new Unity 5.0 Engine. While the five-part series hasn’t quite reached its conclusion as of yet, this Remastered edition launches with the first three episodes. Given the massive upgrades between the first episode and the second, I have very high hopes for this Remastered edition.

Moving to the still-beta Unity Engine 5.0 was obviously a large risk for the team, but the capabilities of this new iteration was too powerful to ignore. It added to the game a bevy of physics-based items such as real-time lighting, shading, and global illumination, bringing the already-gorgeous title to life in a completely new way. Without the memory constraints of a mobile device, the team has also cleaned up some of the muddy and jagged edges present on that platform to prepare it for display on far-larger screens and at 1080p resolution.

Due to the size of the images, I’ll instead direct you to the comparison shots here, here, here, here, and here, for those who want to see the vast difference a shift from Unity 4.0 to 5.0 brings.

The first episode of République featured a fairly clunky map system on iOS devices, but that system was replaced by the second installment. The team has retroactively replaced the map in that first episode — a welcome change indeed.

Lighting in this new engine has made a world of difference.

A Review in Progress

Much like our ongoing reviews for episodic titles like Game of Thrones or Tales from the Borderlands, I’ll wait until the final episode is in the books before I render a final score for the entire affair. In the mean time, I’ll do my best to speak to them in as spoiler-free manner as possible while still giving you the salient bits of setup needed to tell the story.

The first chapter, entitled Exordium, gives us the current state of a character named Hope and the world in which she lives. Watching from the safety of a nearby security camera, we see Hope interrogated by a woman named Mireille regarding the defacing of a book. Her captors move Hope to a holding cell, but one of her captors, a silent soldier named Cooper, gives Hope back her phone as she is placed in containment. The game begins in earnest here.

Hope can’t escape the cell on her own, and Cooper can only help so much. With the help and guidance of Cooper, you are tasked with helping Hope escape her fate at the hands of “Metamorphosis” as they strive to ‘re-educate’ her. You can only interface with Hope’s world via the cameras scattered throughout the République. These cameras allow you a very limited range, so you’ll end up leapfrogging through the environment. Through a software interface called OMNI, you can open doors and subsequently lock them. Throughout the République there are pieces of information that could be useful (and ultimately profitable) if it got into the ‘wrong hands’. This leads you to listening to voicemails, capturing posters, and collecting banned books to earn money. This money will allow you to learn skills like hacking email, remotely distracting guards, and predicting their movements — all critical to a game based nearly entirely on stealth.

Stealth plays a major role, but it isn’t instant-fail.

Gameplay was originally designed for a touch interface, but lends itself nicely to a mouse and keyboard. You’ll move Hope by clicking on the environment, allowing her to sneak through the hallways of the République undetected. Hope has no combat skills, so combing the area for pepper spray is really your only defense should the unforeseen occur. At its heart, the game is very much a game of stealth, but as the linearity eases up a bit, it also becomes somewhat of a puzzle title. Through a door is the obvious path, but a screwdriver opens up nearby vents. If you are getting a Metal Gear Solid feeling, you have the right picture. I suppose that could come from Camoflaj founder Ryan Payton working at Kojima Productions during that time.

It’s very clear that Camoflaj’s plan was to bring AAA production values to mobile platforms. To that end, they brought in fantastic voice talent to bring République to life. Rene Strober handles the heavy lifting as Hope, backed up by Jennifer Hale as Mireille Prideaux and David Hayter as Daniel Zager. Much of the work from Cooper comes courtesy of a speech-to-text system he uses to protect himself, but James Holloway turns in a solid performance when he gets his opportunity. Veteran voice actor Khary Payton brings some gravel to the cast with his work as Quinn Derringer. The Headmaster is played by Dwight Schultz (you’d know him as ‘Howling Mad’ Murdock from the A-Team), and his performance is top notch. For a game that costs just over half a million to make, they have achieved their objective of nabbing an all-star cast.

Combat is not Hope’s forte.

Episode One (Exordium) gives Hope a fighting chance, acquainting you, the player, with the mechanics, and enabling you with powers to keep the protagonist alive. Episode Two (Metamorphosis) is every bit about pushing the mechanics learned to a new and more difficult level. While you could, with a marginal amount of observation, figure out a guard’s patterns in the first chapter, those same guards move more randomly in the second. Games like Alien Isolation taught us just how tense that could be. Additionally, security is bolstered heavily by laser grids and a slightly better AI. You could easily complete the first chapter using only your wits and a little patience, but chapter two practically requires the predictive and distraction powers.

Some of the puzzles in episode two feel a little clunky, serving more to introduce a player mechanic rather than serving the story at large. Still, this installment spells a rather large upgrade over its predecessor — impressive given that there were only a few months in between them.

Congratulations Kickstarters! You are all criminal deviants now.

A commentary on the corrupting influence of power

While the team hasn’t given a massive AI upgrade to the Prizrak that they did between the first and second installment, they clearly found the equipment crates. Gas grenades, improved armor, and a greater penchant for disabling Hope rather than allowing her to run makes “Ones and Zeroes” a shade more difficult, but not punishingly so. If Episode Two was about being powerless, Episode Three is absolutely about how power is wielded by those at the top.

Every character you scan, from Episode One onwards, has a full dossier of any aliases, known crimes, and other sordid details about every person. Hilariously, the pictures and names of the folks involved are the 11,000 or so Kickstarter supporters. This information about the guards has gone unused, mere window dressing, until now. Hope’s access grows, and she eventually gains access to a supercomputer named Terminus. This server grants the user the ability to shape the minds of the willing public that believes everything that comes from it. As this device is run by the République, you can imagine that it is more than a little corrupt. This Orwellian Big Brother society can be used to twist their minds, exposing the massive amount of dirty little secrets Hope has uncovered in her journey thus far.

Episode Three’s greatest strength comes from a change in venue. As Hope’s escape from the République proceeds, the soft and comfortable gilded cages of Episode One are long gone, replaced by towers of steel. Often cold and sterile, these new spaces are far larger than any of the confined spaces seen in the previous episodes. It creates a larger play space for Hope to navigate, and some tense moments as the random (and now heavily armored) guards continue their patrols.

I wouldn’t call République Remastered a remaster. It hasn’t even finished it’s 5-episode run! That said, this new version for PC exposes it to an entirely new audience that will have a great appreciation for its gorgeous stealth-based dystopic world. As the chapters progress, the story begins to come together and take on a life of its own with twists and turns. Mechanics unveiled early on find their footing as the story progresses. Camoflaj has created something unique here. I’m not one for declaring games ‘important’, but seeing a return to the combat hide-and-seek mechanics introduced in Metal Gear Solid, paired with the modern puzzle trappings, is a welcome addition to my library. I look forward to seeing the final two chapters unfold.

Ron Burke is the Editor in Chief for Gaming Trend. Currently living in Fort Worth, Texas, Ron is an old-school gamer who enjoys CRPGs, action/adventure, platformers, music games, and has recently gotten into tabletop gaming. Ron is also a fourth degree black belt, with a Master's rank in Matsumura Seito Shōrin-ryū, Moo Duk Kwan Tang Soo Do, Universal Tang Soo Do Alliance, and International Tang Soo Do Federation. He also holds ranks in several other styles in his search to be a well-rounded fighter. Ron has been married to Gaming Trend Editor, Laura Burke, for 21 years. They have three dogs - Pazuzu (Irish Terrier), Atë, and Calliope (both Australian Kelpie/Pit Bull mixes).
Related Articles: République Remastered
Share
Tweet
Share
Submit