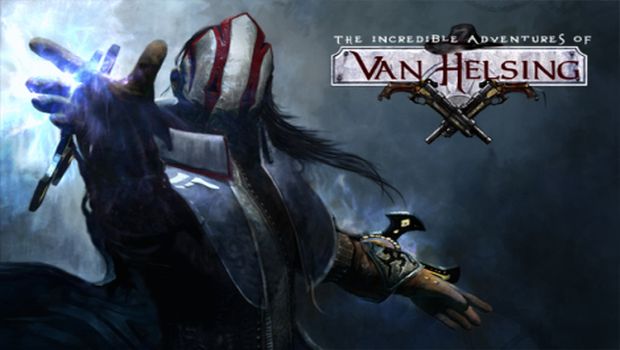 At a cost of 2.99 on Steam, The Incredible Adventures of Van Helsing has just released a new character class, equipment to go with it, and a couple of new areas to explore in the Thaumaturge DLC pack. Worth it? Let’s take a look.

First off, I had reviewed the core game a few months back, and cited program bugs as a detractor. Sadly, not much has changed in the interface or some of the behavior. The game itself is still fun, though, and while I was playing it I had a good time.

[singlepic id=16540 w=240 h=180 float=right]With the DLC installed and configured, there wasn’t much to do but check things out. Instead of hopping directly into the role of Thaumaturge, I went back to my level 30 hunter to finish up the last two levels to reacquaint myself with the controls. One thing I immediately noticed is that Thaumaturge equipment was dropping – and with a common town chest it could come in handy to swap out to another saved character via multiplayer games. The downside is that this equipment doesn’t apply to my current character, and though I am technically in the online realm, there is no appreciable benefit to collecting items not suited to my class.

In other words, the non-hunter gear lowers my likelihood of getting cool equipment I can actually use – an important fact in a game where all monsters are fixed and do not respawn. Furthermore, the online area had a very low population count – and only by joining someone else’s game can you replay levels with a high level character. What’s more is that the new levels didn’t seem to be available to the hunter (that I could find) and the level cap had also not increased. Basically, this DLC takes away from being a hunter as much as it adds a new class.

[singlepic id=16541 w=240 h=180 float=left]Moving on to actually starting a new character, I created a Thaumaturge, more commonly known as a wizard. The game starts off as it always did, but this time I’m running around with a robed figure tossing ice shards instead of swinging a sword or shooting ranged weapons. There is a limitation to the Thaumaturge class – he doesn’t have an alternate tab where you can employ a different skill set. Instead, you can simply choose from magic spells and enhancements, as long as you meet level requirements. Given the steampunk nature of the game and the loose definition of thaumaturge, it would have been nice to have included a steam-tech side. Regardless, you have now been given more options – it’s just that your decision on class at the beginning of the game is carved in stone.

The character itself seems a little like a glass cannon, and I’m not sure that the ghostly sidekick, Katarina, is up to being a full tank. She does well enough with hordes of weaker enemies, but when a named monster appears she doesn’t last too long. In my limited time, I found a surprising multi-class built in – Thauma-jogger. Facing off against weaker enemies, the otherwise-named wizard can more than stand his ground – rage enhancements help take down enemies faster but I found myself running a lot more than I’d expected when larger swarms of enemies appeared.

[singlepic id=16542 w=240 h=180 float=right]All in all, the entire skill tree is powerful, and if you’re looking to revisit the game after having beaten it (as I now have), the Thaumaturge DLC is worthwhile. Playing around with the spells is cool, and I get where they couldn’t just tack this on as a third alternative to the hunter class. Also, if you haven’t played Van Helsing, then I’d also recommend getting it, though it is by no means a must-have. If you do pick it up, don’t expect the DLC to fix anything of any significance (that I noticed) from the original game, and you can be sure your wizard will be getting a healthy cardio workout.

I really hope that NeocoreGames puts more polish into the already announced sequel, and looks to allow us to move between classes and reuse existing characters. There is something truly endearing about the world and characters they’ve created. A full retread isn’t going to happen here, but it’s nice to see that they’re expanding the character classes to include magic, and with some fantastic in-game combat visuals, it’s easy enough to lose track of time playing it.

Born and raised in Winnipeg, Canada, at a young age I was forced to decide whether the harsh northern winters were going to claim my fingers, or to turn to the safer pursuits of indoor activities. Little did I know that a little game called Ninja Gaiden would bring my digits more pain than frostbite ever could. Starting with Vectrex and C64 games and moving forward through the era of electronic entertainment, I sampled as much as I could in the different platforms, and began my interest in PC gaming from wrestling with DOS memory management. While console games were a part of my earliest gaming memories and I certainly had played on most platforms including 3D0, all things Nintendo, PS1 and the like, truly the PC was my domain until the Xbox. As an old PC gamer, I ever chased the cutting edge technology. Eye of the beholder with CGA 4 colors was my first step down the the path of blowing thousands of dollars on PC upgrades over two decades. Ultima 7, with the Guardian talking to me through my monitor, still haunts my dreams and keeps me ever hoping for a decent Ultima 8 and 9. From the 3DFX SLI VooDoo2s and Aureal to today's GPU driven DirectX games, the new and shiny pictures seem to keep me going. My PC gaming has slowed down with the market shift though, and although I have choice games that will ever be on PC, I have found myself in console gaming with a bit of portable gaming in my life. Back around the turn of the millenium (and long before fatherhood), I had fired off an email offering to help Ron with a little-known site called ConsoleGold. Little did I know it would be be a part of my life to this day. While I've seen my fair share of shovelware (thanks Ron!), I manage to try and find the fun in most games. Leaning towards sandbox and action titles, I've grown to love games for their potential to reach art. Console agnostic and excited for the progress of tomorrow, I fancy the latest and greatest, but still enjoy the good old classics ... as long as they've been revamped from their 8bit graphic roots.
Related Articles: The Incredible Adventures of Van Helsing
Share
Tweet
Share
Submit