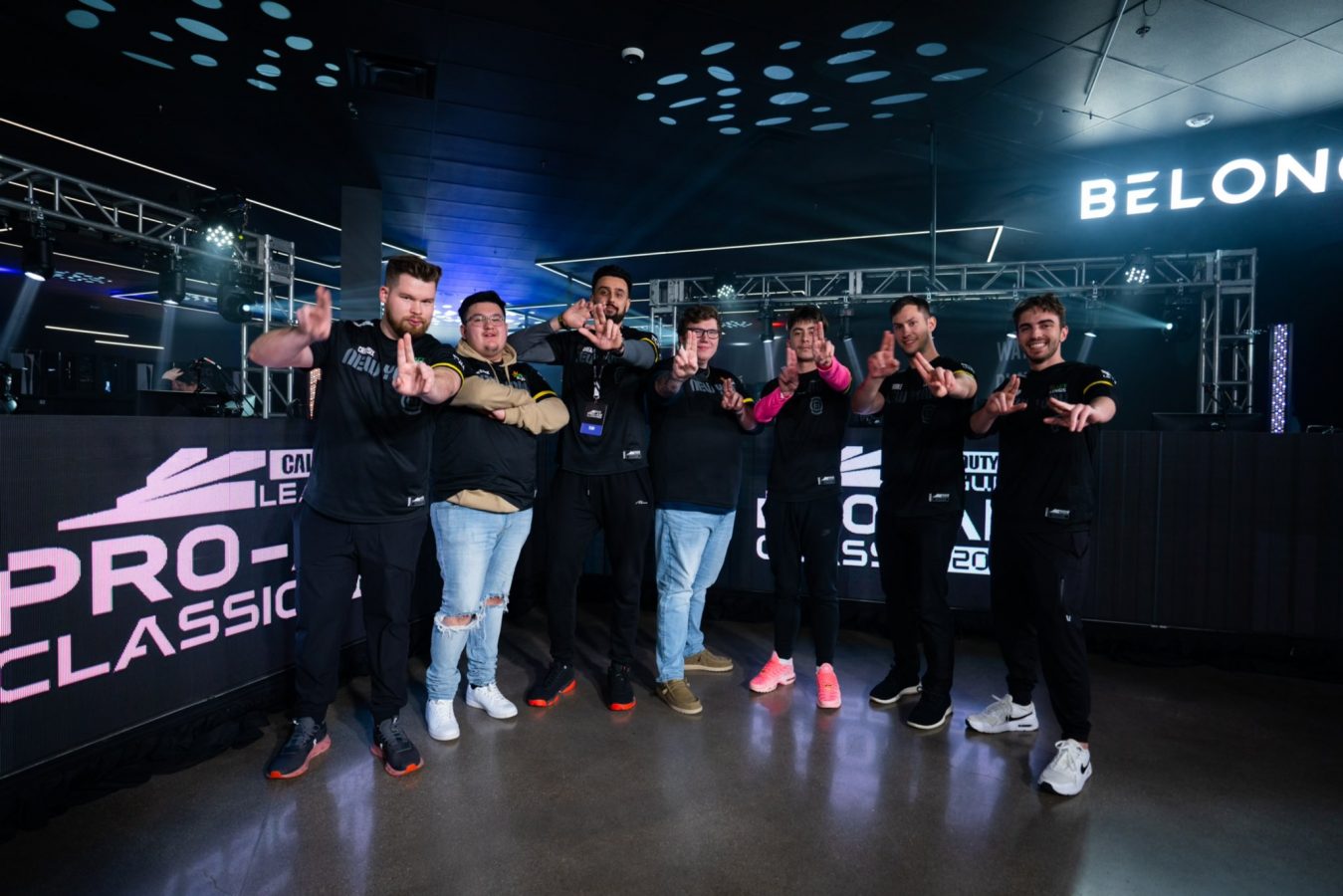 It’s been a second since we’ve talked about the Call Of Duty League, and though I wanted oh so badly to cover the showdown in Columbus, 24 matches in two days along with a wedding and Mother’s Day barely let me watch anything at all. With that in mind, I’ve watched a majority of the VODs, and I’ve got a few thoughts on the League coming out of a crazy weekend. Let’s dive into how I think the Call Of Duty League stacks up, along with a few other takeaways from Columbus.

Sure, they didn’t win the thing, but they’ve got to be the most complete team playing right now. They’re doing exactly what they were built to do, be Faze killers, and they currently sport a 4-0 record, the fourth with a substitute. The spotlight is certainly on Shottzy and Dashy, but don’t forget the King Scump and his resurgence in Vanguard. It might just take them all the way.

I’d be tempted to rate them lower, but they have been in both Grand Finals in both Majors. The problem is that this team is trending downwards, every time you think they’ve figured Vanguard out they screw up and leave you wondering if they can be the most dominant team in the game. Don’t forget they only won a single Search and Destroy out of five tries too, with that only one versus an amateur squad. They have some serious issues in that mode for a team that used to be so incredible in it.

I know people will yell at me considering Florida’s inconsistencies and New York’s Pro-Am victory, but I this squad still had a fantastic group stage. They went 3-0, and beat the snot out of Optic, who showed up the rest of the tourney even with General in place of iLLeY. People too often forget two of the guys on this squad won several tournaments in Modern Warfare, and they have pop off potential in every Major. Just give Vivid some more SMG maps to play.

I’ll be honest, I think this is probably too high for them, but this entire list after Optic and Faze feels like a jumble. That being said, they looked great before Major II, and even though they got blasted there was still so much drama going on for that team. In the Pro-Am they looked collected, they played together, and Kismet looks like the guy Hydra needs beside him. If PaulEhx can keep doing PaulEhx things and Crimsix keeps being the huge turd he is, look for them to keep this winning streak going.

Well here was a surprise. Did Ultra do this well because they woke up, or were people playing their B game at the event? Either way, they looked a lot more like the squad that took the Kickoff Classic, and if Toronto can get back to CleanX and Bance being annoying, Cammy snapping on everything that moves, and Insight being the steady presence he generally is, watch out CDL. But, they have to be consistent, and being back in matches that count is where that has to start.

They probably don’t belong here, but they did make it to the Grand Finals. The thing that annoys you in this is that they switched Kenny and Drazah in roles, and got destroyed by New York, then ran off with a bunch of Ws. This team couldn’t buy win last Major, and I don’t think a role swap is going to suddenly fix all of that. But, they did make it work, so I have to give them credit for not panicking too much. That and Drazah looked much more comfortable in that flex role.

This squad had to have had the least amount of fanfare for their matches, and I don’t know exactly why. Maybe they weren’t on any of the main streams and that’s why they were forgettable, but they (and the next team on this list) had an extremely quiet tournament. Obviously it doesn’t help when you lose, and they were knocked out in the first round. Besides that, losing to a Challengers squad has to sting, especially via a 1v3 in a Game 5.

I’m almost certainly everyone has this squad way higher on their list than I do, but remind me what this team had done before the Major II tournament? They were 2-5 in Major I, and 9-3 in Major II, with that number inflated by an incredible loser’s bracket run. I believe this team is way better than being the eighth ranked CDL squad, but to go 0-3 at the Pro-Am? Makes you think LAG grabbed that crown via some extraordinary momentum rather than pure dominance.

I’mma be a bit risky here and say Paris is better than three other Call Of Duty teams. That’s not saying much considering who is below them, but they do seem to be growing into what they are with the bottom three having identity crises. Not to mention, were you watching them at the Pro-Am? GRVTY is suddenly piecing, indicating he’s starting to feel his role, Jimbo is playing well, and Temp… well, he’s been playing at an All-Star level this year. They’re way better than people think they are.

Again, how the mighty have fallen. This team is going to have better days, but moving Gismo out due to personal issues, bringing in Harry, and then moving Zero to the SMG? It makes you feel like they aren’t sure of their direction, and if you don’t have that halfway through the year it may already be chalked. At least they beat the amateur team in their group…

"Who Earned the Respect in the CDL?" 🧐 — Pros Answer 'Tough' Questions

…which is more than you can say about the Seattle Surge. They are so frustrating to grade. How are you beating the best teams in the game and then suddenly rolling over versus everyone else? They were another to lose to a Challengers squad, and that team had nothing to play for besides pride. Worse still they got 3-1’ed and never won a Hardpoint all series. I just don’t have words.

I really hate putting them last, because I like this team. However, they made the wrong move in dropping Majormaniak instead of Priestahh. I’m not saying Major should have stayed on, but I am saying Priestahh isn’t the answer. He’s been underpreforming for awhile, and with how many good ARs there are on the market they should be looking. That Scrappy kid did look pretty insane over on Toronto Academy NA. As for Havok, that’s his first event back, I’ll give him a pass as he learns to work with the squad.

Takeaways from the Pro-Am

David Burdette is a gamer/writer/content creator from TN and Lead Editor for Gaming Trend. He loves Playstation, Star Wars, Marvel, and many other fandoms. He also plays way too much Call Of Duty. You can chat with him on Twitter @SplitEnd89.
Related Articles: eSports
Share
Tweet
Share
Submit