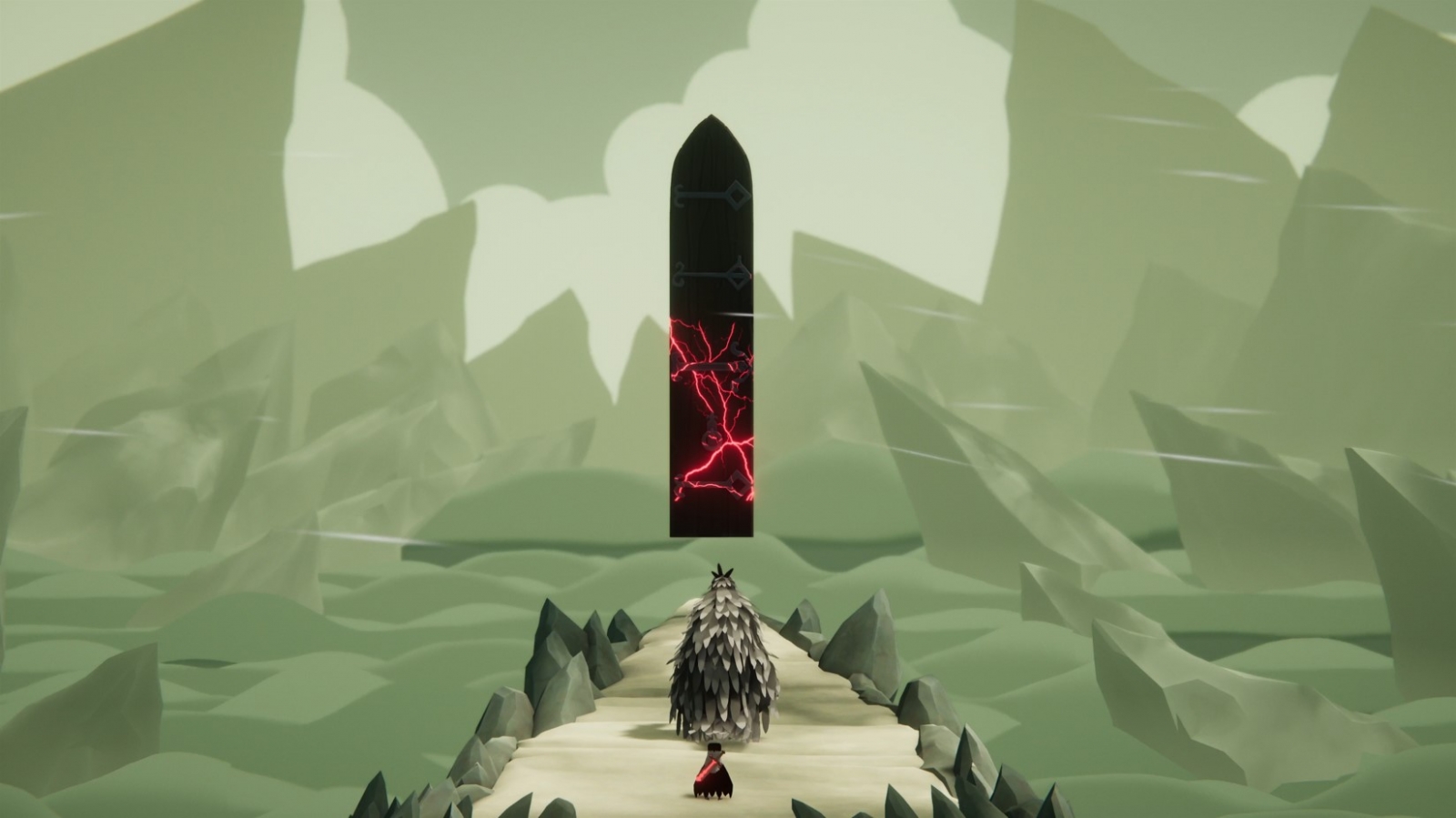 Death’s Door is certainly one of the biggest indie darlings of the year, and compared to something like Kena: Bridge Of Spirits, which was heavily marketed, this one seemingly came out of nowhere. Sure, it had a presence at E3 2021, and I’m sure there were little tidbits here and there, but I didn’t really give it as much of a passing glance. I almost passed it over when one of our PR friends reached out about doing a preview, and hindsight being 20/20 I’m so happy I didn’t. This is one of my favorite experiences of the year, and now it’s coming to PlayStation 5 and Switch so everyone gets a chance to see how incredible it is.

So let me be real with you, I played on PC when doing my preview and review for the game (which you can read here to get more details). In my time playing on PS5, I can’t find almost any differences whatsoever. That IS NOT a bad thing in the slightest. Death’s Door is one of my favorite indies this year, and there wasn’t much you could add to make it any better. 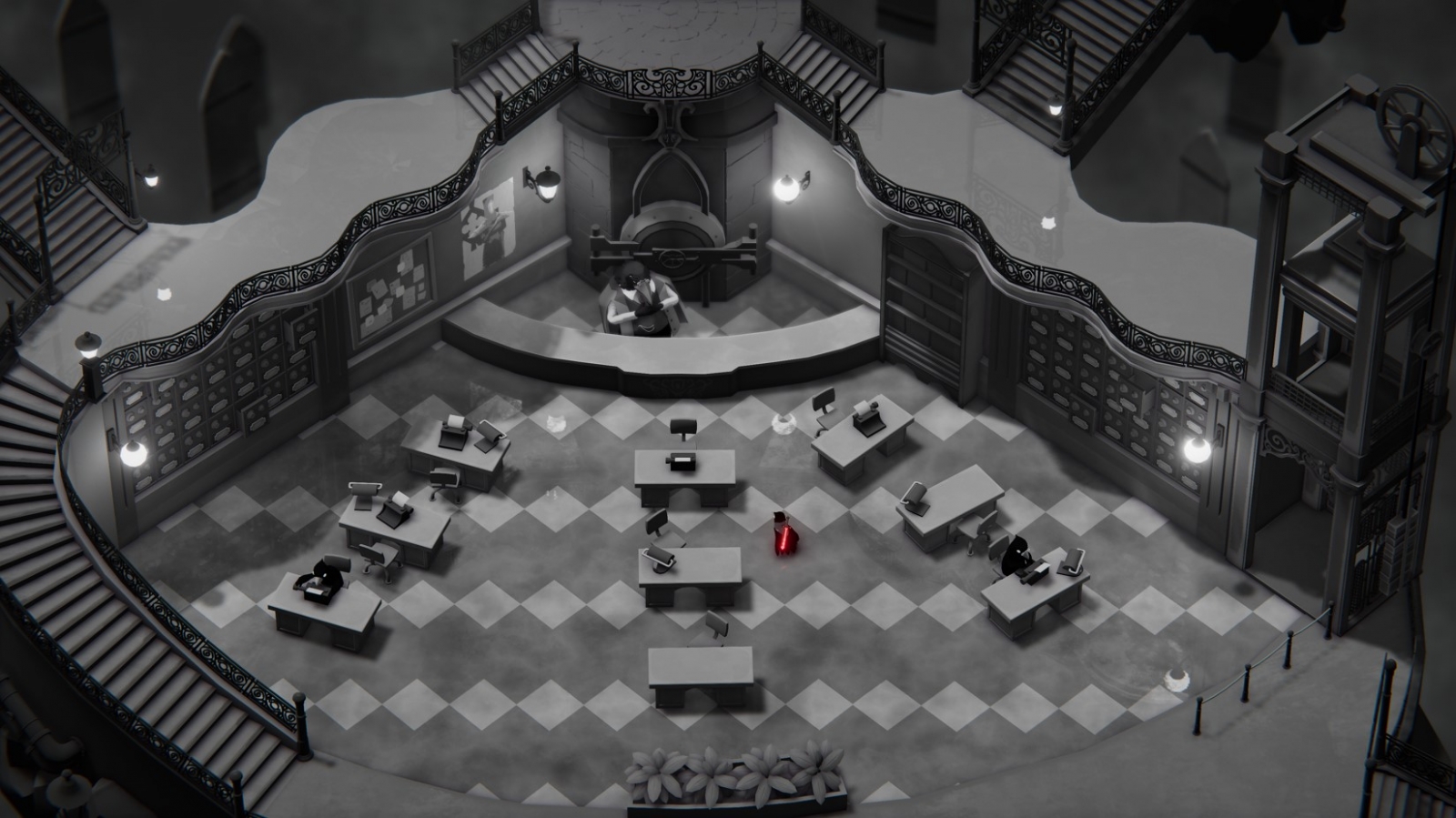 That being said, let’s still talk about this one a little bit, and a few little things I like about the PlayStation version. Death’s Door is an isometric hack and slash game with stylings similar to The Legend Of Zelda: A Link to the Past. This in and of itself makes it an A+ game in my book, as I and many others love this genre. It endears itself even more so by having you play as a little crow who is a reaper, working for a shady organization that has you going out gathering souls for them. I say shady because you’re bonked on the head by an old crow during a mission to take a larger soul that would provide for you for a while, and he uses it to try and pry open a large door in an in-between world unseen by the organization. At least, that’s what he thinks. In any case, because of his act, you are in the same situation as him, faced with your immortality from your overlords gone until your assignment is done, and forced to help him by gathering three other large souls from the land. For some reason, these have yet to be collected… Hmmmmmmm… 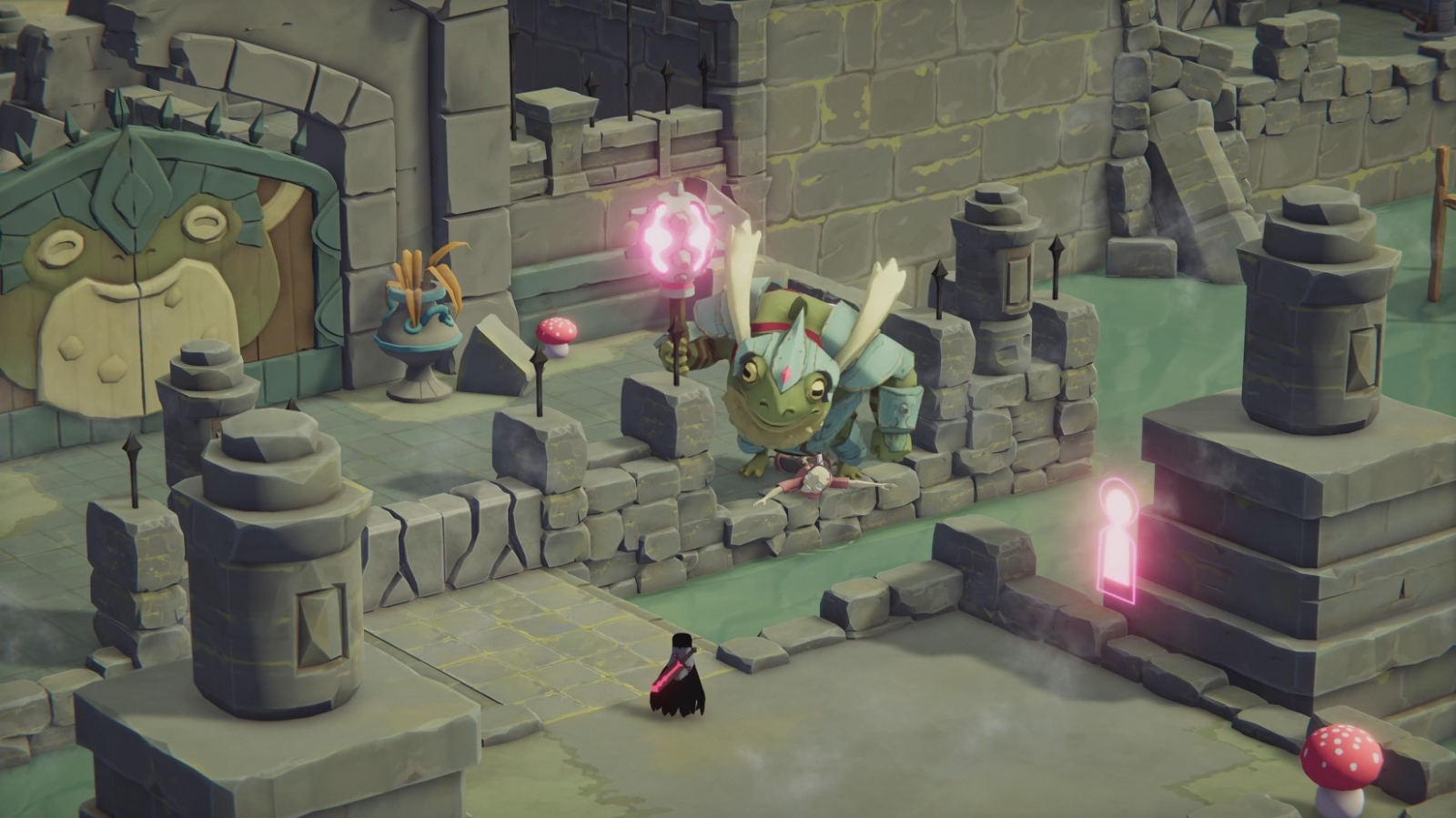 What ensues is a delightful adventure that looks and plays in a remarkable fashion. There’s something simplistic about the visuals and gameplay that I can’t completely put my finger on, but it works to great effect. I love a ridiculous amount of detail, but going for a minimalist approach can work if done right. Death’s Door goes this route, and the results are absolutely astounding. It’s a smart hack and slash that’s easy to play and a lot of fun to explore. Being able to do this in 4K, as well as an unbelievably smooth with 60 frames per second seems like something that should be straightforward to implement, but I’ve seen plenty of trainwrecks of things that should work but don’t. A technical mastery of your craft is what we get out of Acid Nerve here, and I wouldn’t be surprised if this isn’t the start of even bigger things from them. And to think, this is only a two person team!

For PlayStation 5, the things that make it a bit different are haptics, as well as the loading times and file size (to a lesser extent). Starting off with the DualSense haptics, at first I thought Acid Nerve went after the easy way out and made it into simple rumble, but after a while I realized my mistake. I’d like there to be just a little more of it (especially when our birb goes across a hard floor and you hear the clicking of its talons), but where it’s instantly noticeable is when you pull back the bow. There’s a little “ping” audio cue that initiates the moment you’ve drawn back enough to fire, and the teeny haptic pulse allows you to time your shots even more perfectly. Of course, what’s done well here only reminds me that they didn’t move this ability to the adaptive triggers, where Kena: Bridge of Spirits combines similar cues to great effect. I could nitpick, but it would only take away from the great job that’s been done. 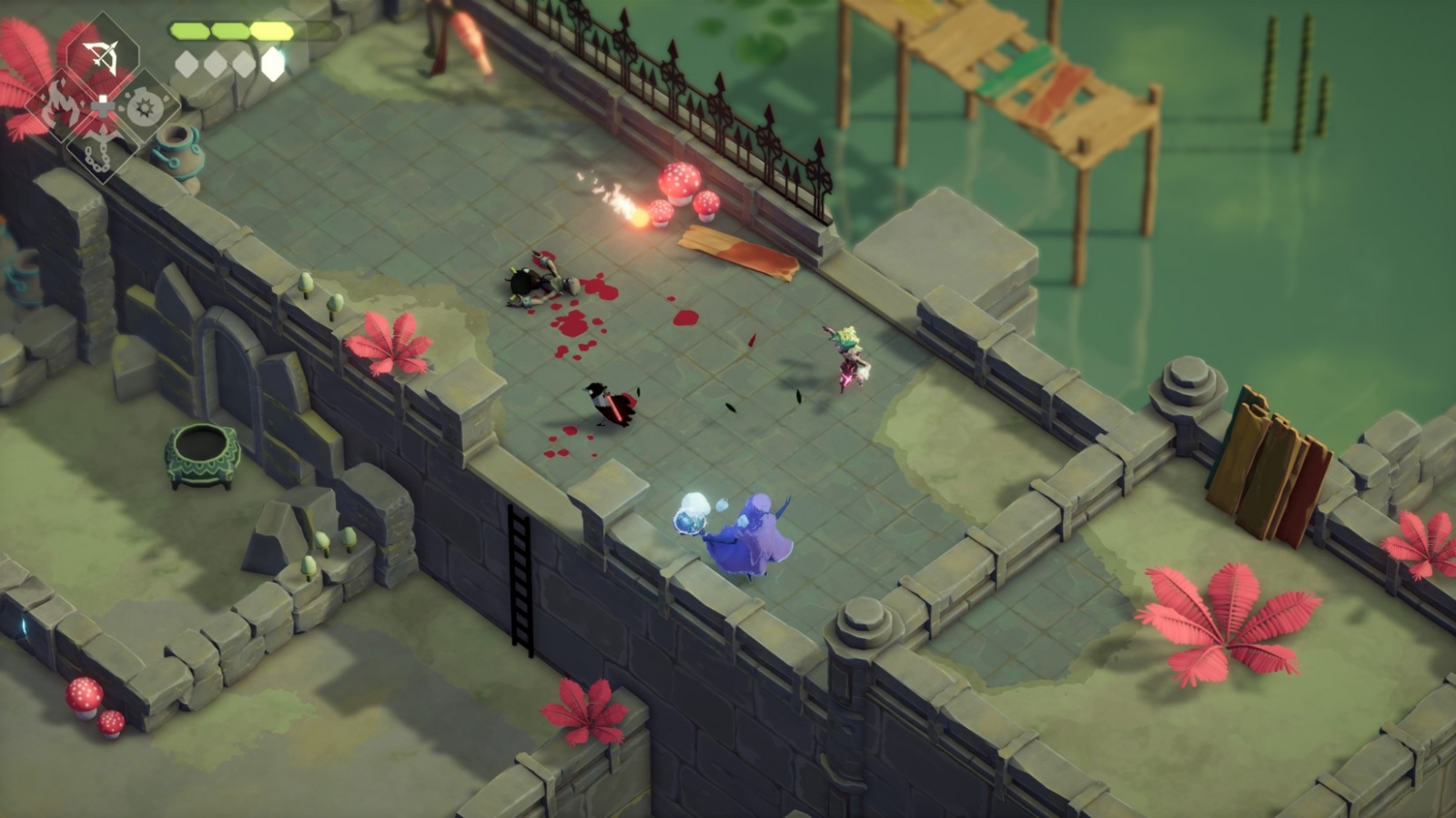 On the loading times, just like most of us you’re not going to get any extra time to browse Twitter playing Death’s Door on the PS5. Everything loads nearly instantaneously, whether dying or moving into new areas. As for the file size, I’m still floored that this game takes up less than a gigabyte of space on my PlayStation 5 (the screenshots zip file they sent was over a tenth of how big Death’s Door is). Some of that has to do with the amazing compression the PS5 offers, but Acid Nerve did a great job streamlining the design. I hate uninstalling games in general, and with Death’s Door there’s not a lot to gain by deleting it, so it’s going to stick around through just about every purge I do.

Death’s Door is an excellent game, and I highly recommend it. There’s just something about the gameplay that sucks you in, and the setting, visuals, and soundtrack work overtime to keep you invested. This one tops out at around ten hours, but it’s going to be ten hours well spent as you reap souls and uncover the mystery that lies behind a large wooden door. It’s available on nearly every platform, Xbox, PlayStation, Switch, and PC, so go check it out now!

David Burdette is a gamer/writer/content creator from TN and Lead Editor for Gaming Trend. He loves Playstation, Star Wars, Marvel, and many other fandoms. He also plays way too much Call Of Duty. You can chat with him on Twitter @SplitEnd89.
Related Articles: Death's Door, Indies
Share
Tweet
Share
Submit