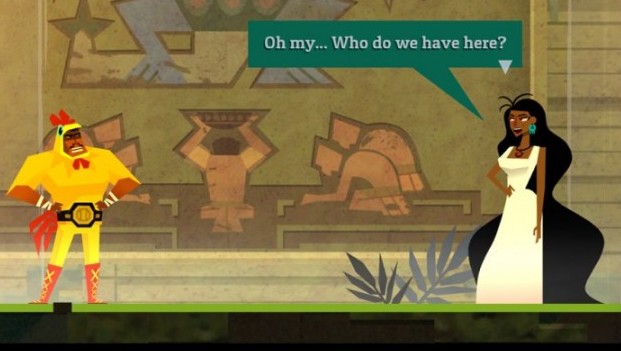 We really loved our time with Guacamelee, and any excuse to hop back into the luchador’s mask and spandex is one worth taking. Developer Drinkbox Studios has released a new costume DLC pack that actually adds a few new changes to the already rock solid gameplay.

For $1.99/ €1.59/£1.25, you get three new costumes to outfit your Mexican matman and woman, and each one not only provides some hilarious cosmetic changes, but also transforms the play experience ever so slightly. One costume fits you inside a giant chicken suit, granting you a recharging health meter while making your stamina meter harder to refill. Another costume turns you into a bull fighting skeleton, giving you a ton more stamina, but health pick-ups don’t do anything. Lastly, you’ll get the ability to wear the costume of your co-op partner, increasing melee damage, but decreasing throwing capabilities. The costume pack also allows players to choose either Juan or Tostada, regardless of who is first or second player. Each costume can be switched out at the various shops that are strewn about each level.

You’ll also got a few extra trophies that take advantage of each of the various costumes you can pick from. For instance, you’ll be rewarded with a trophy for getting through one of the hardest sections of the game with the Skeleton, or for talking to specific green sombrero-capped chickens while wearing the Pollo Luchador costume.

The DLC doesn’t add any new quests or areas to explore, but at just shy of two bucks, you’re at least getting more than cosmetic changes with these costumes. It may not be enough to drag you back in if you’ve spent a ton of time in Guacamelee’s world, but it’s worth at least another run through if you’ve only played it once. Grab the Costume DLC pack from the PSN store on both PS3 and Vita now. 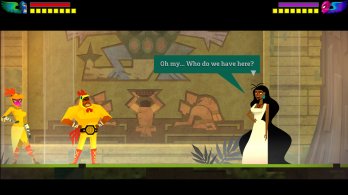 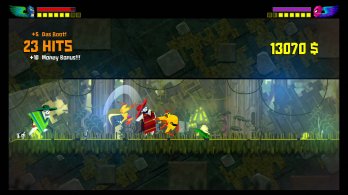 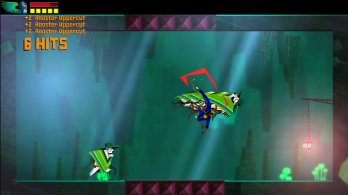 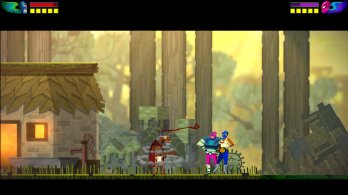 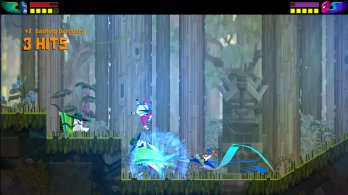 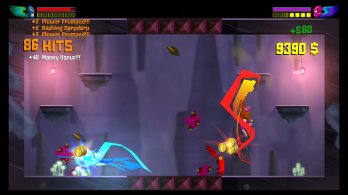 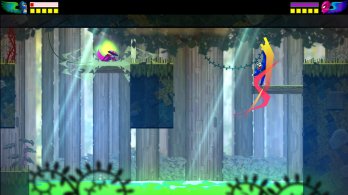