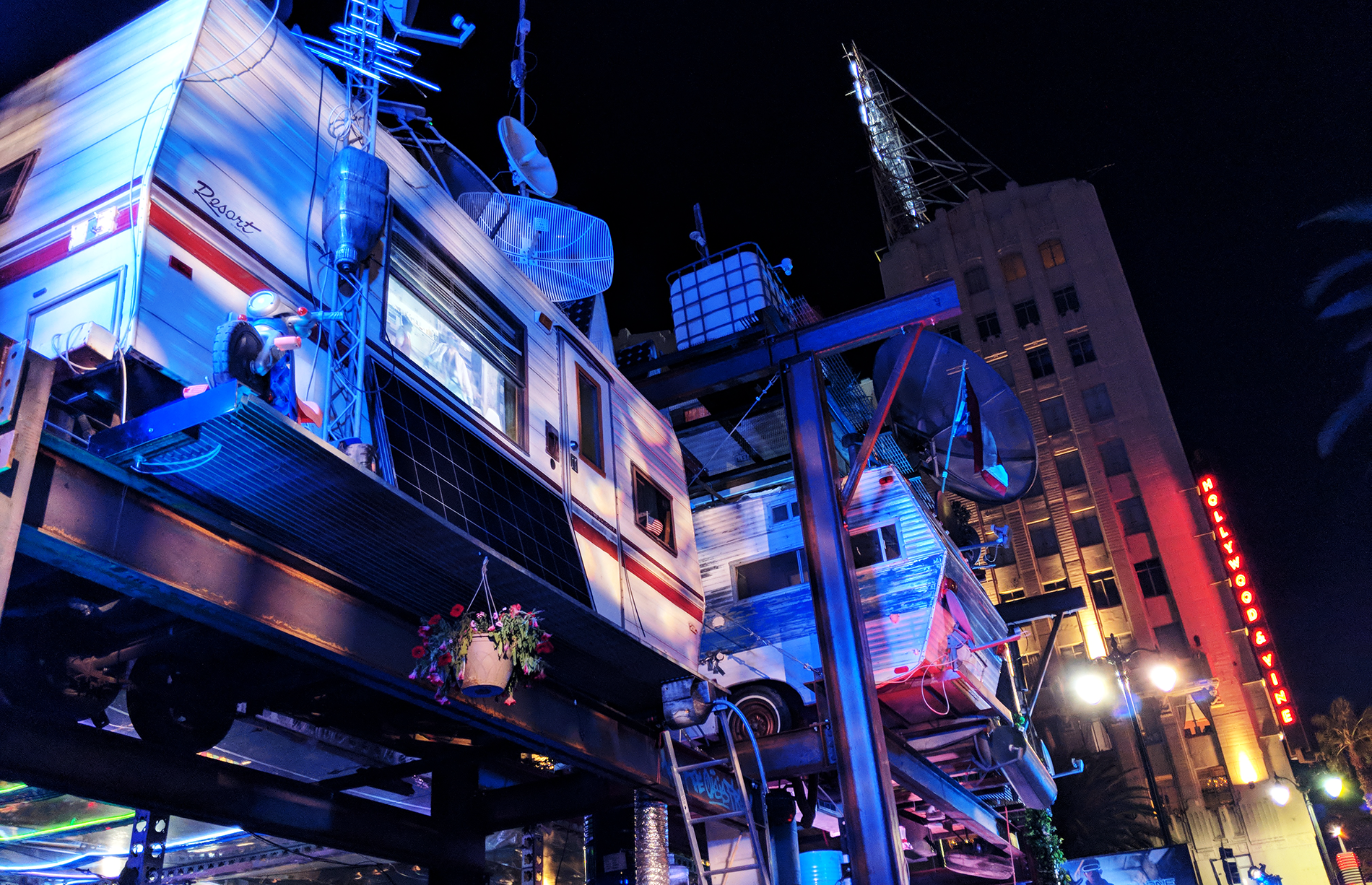 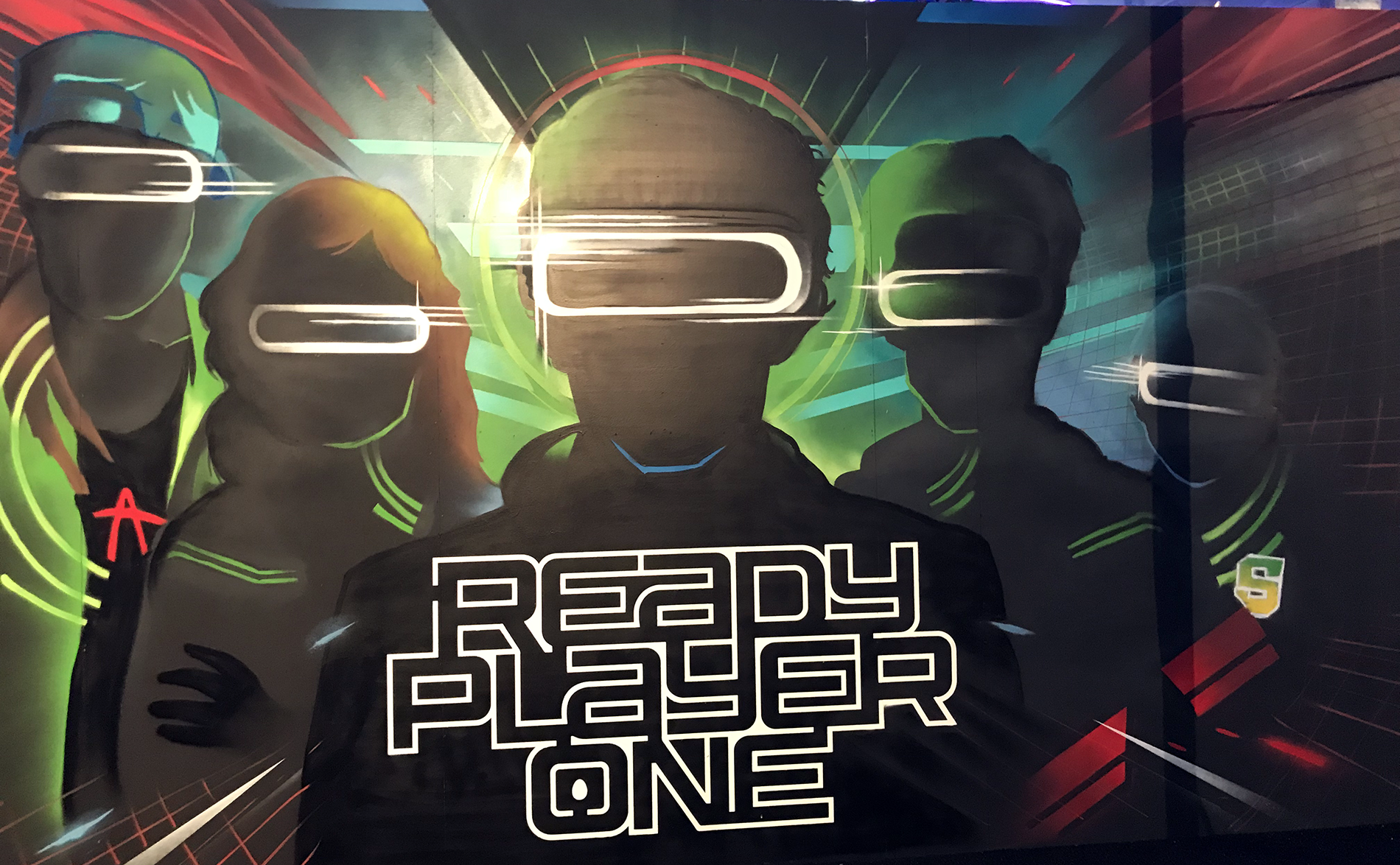 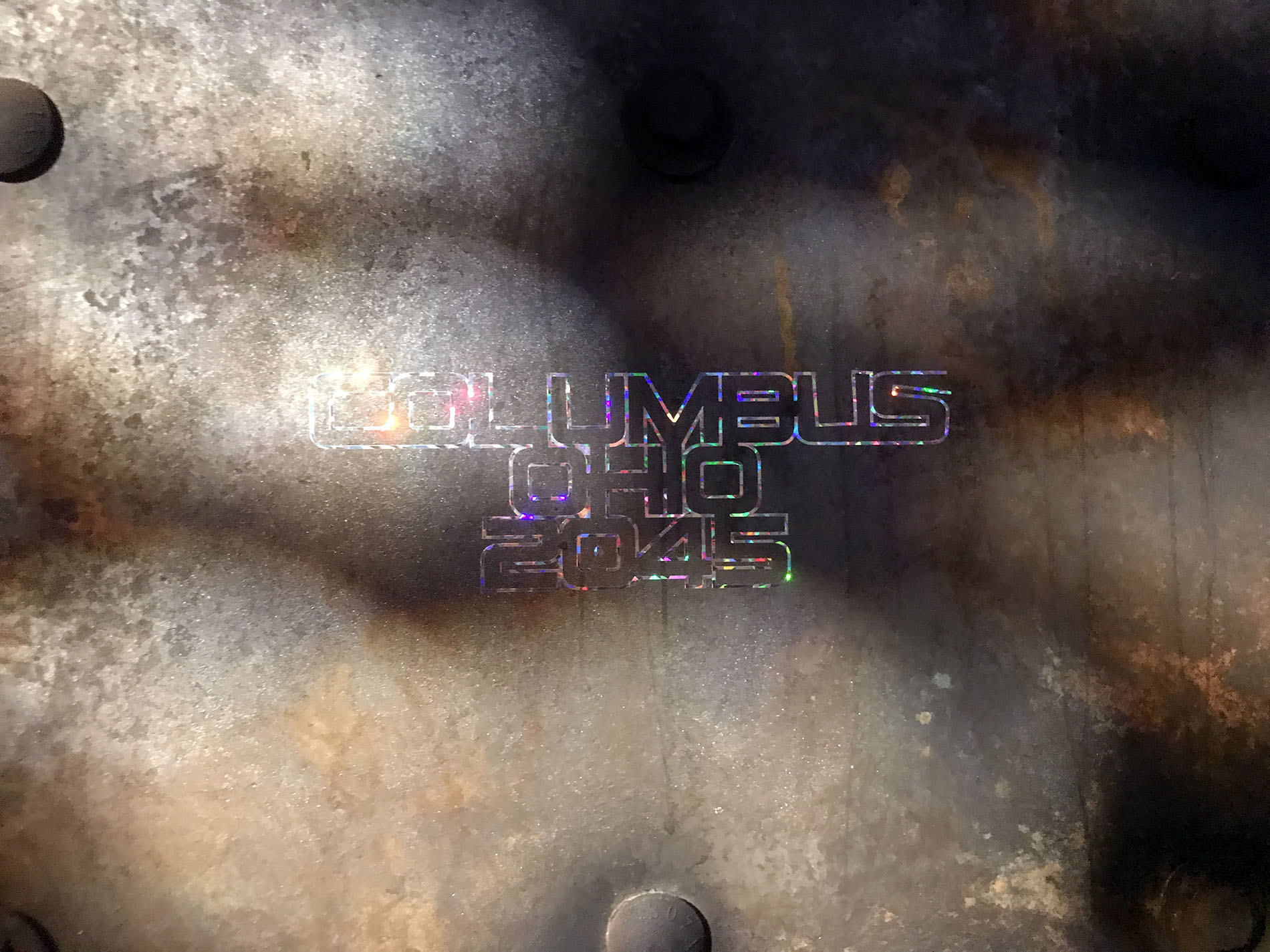 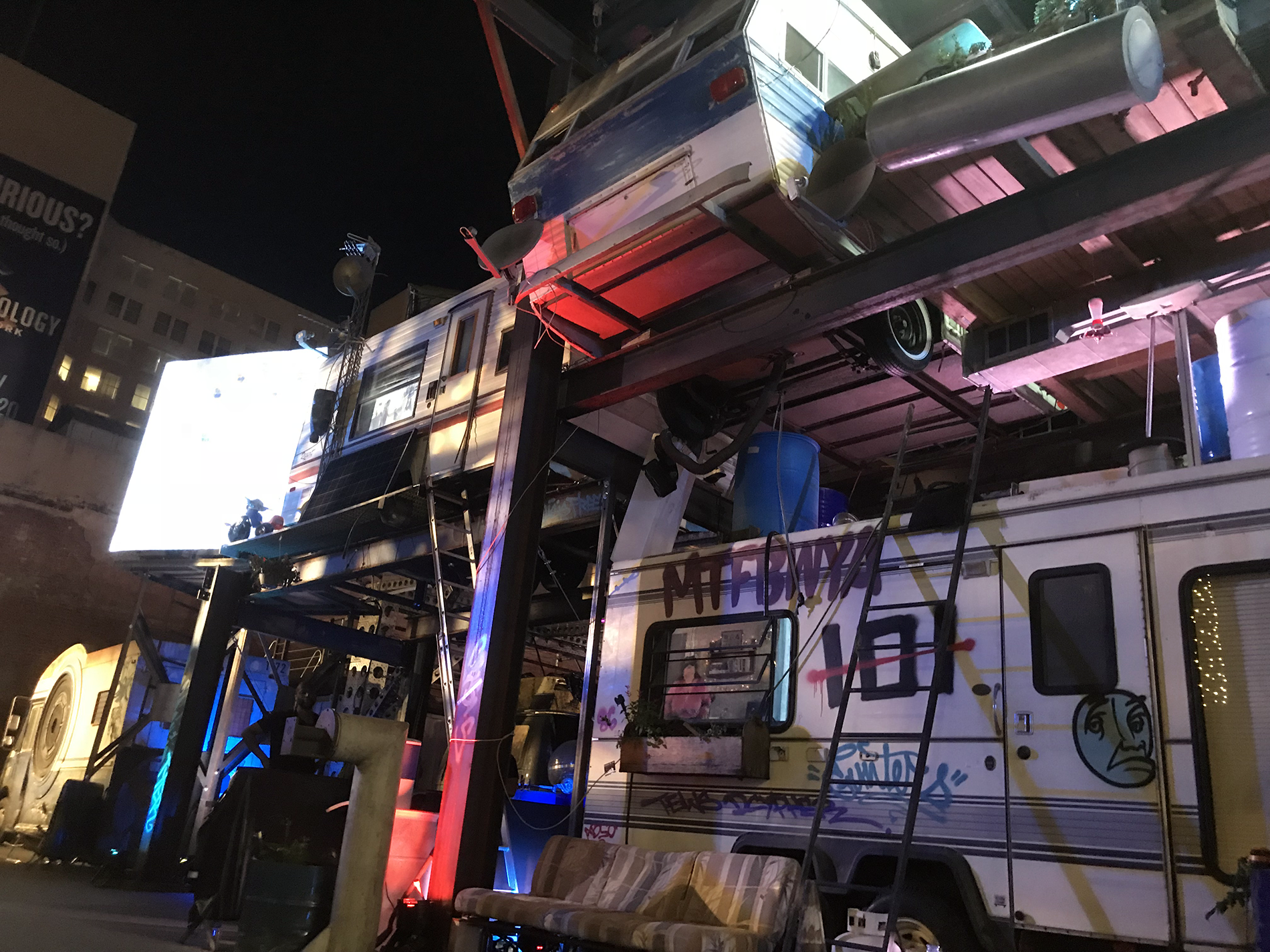 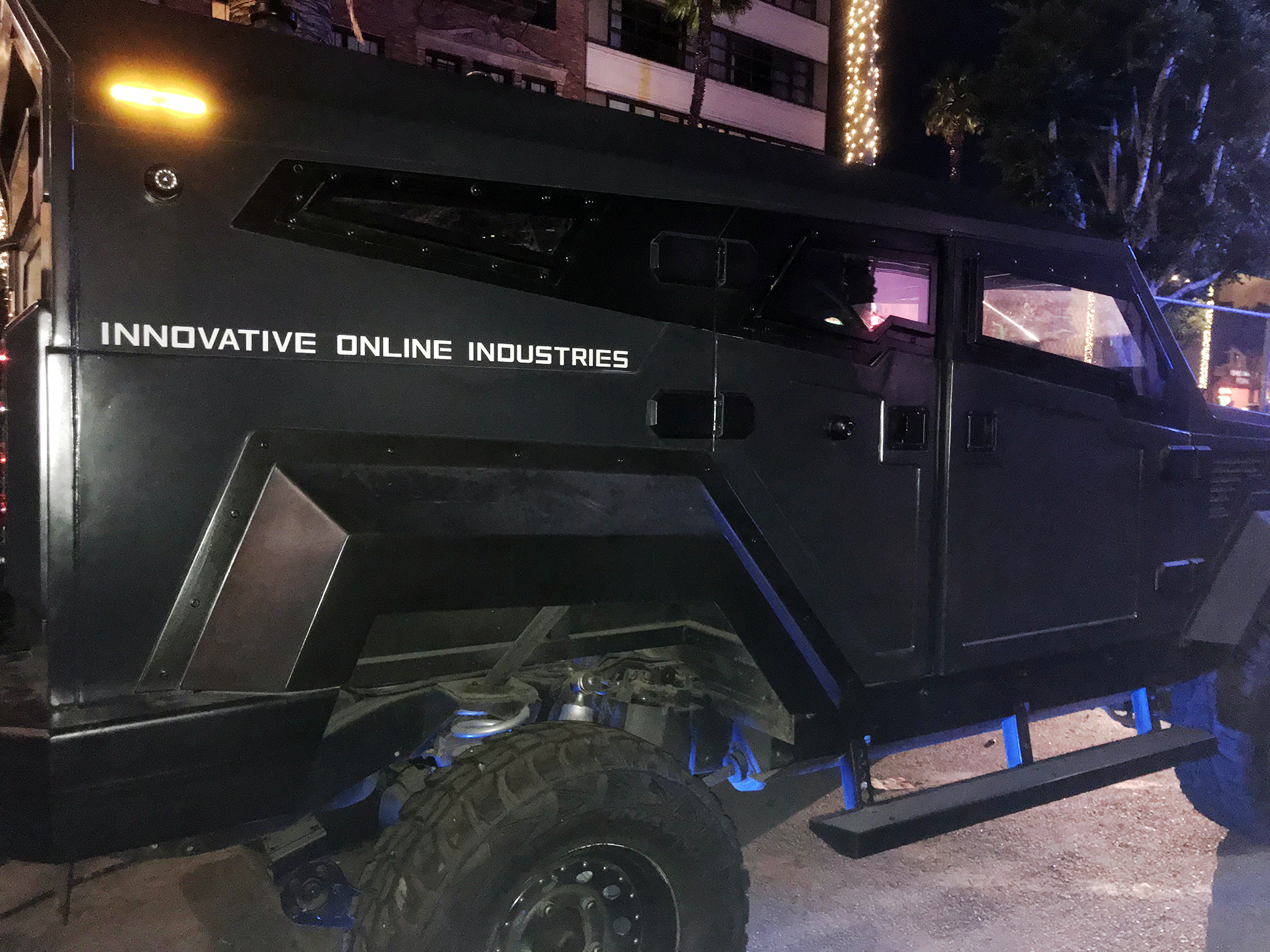 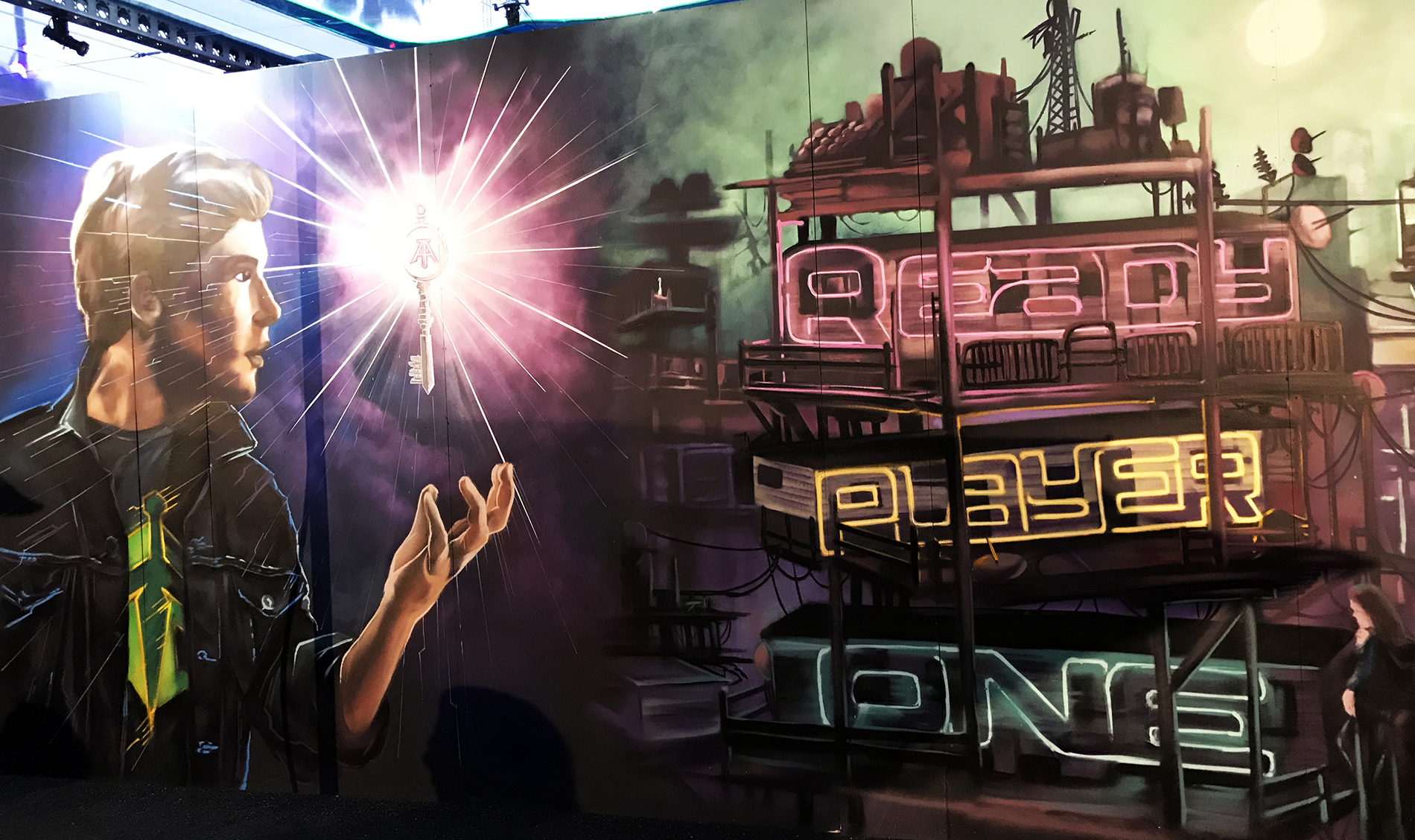 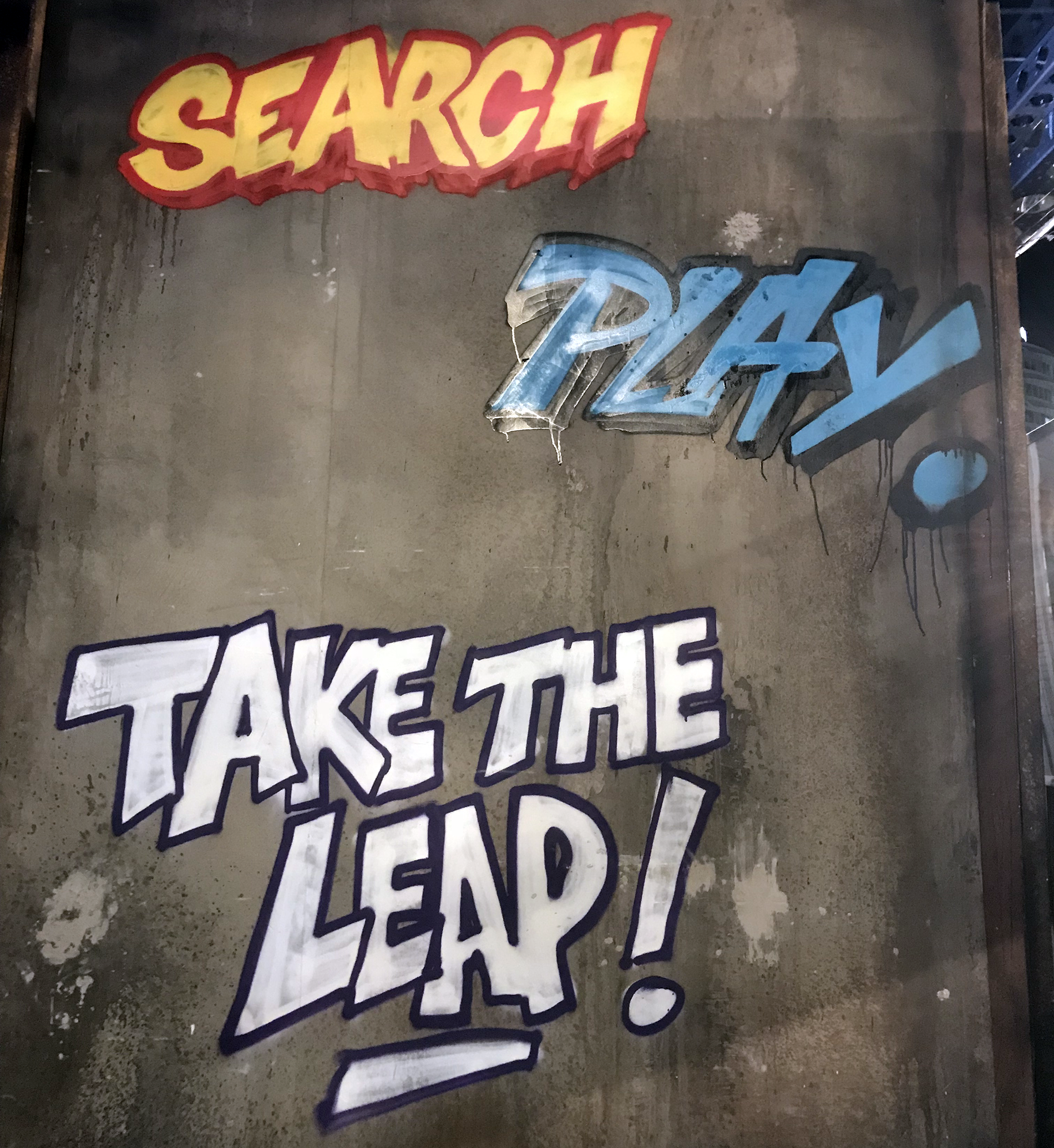 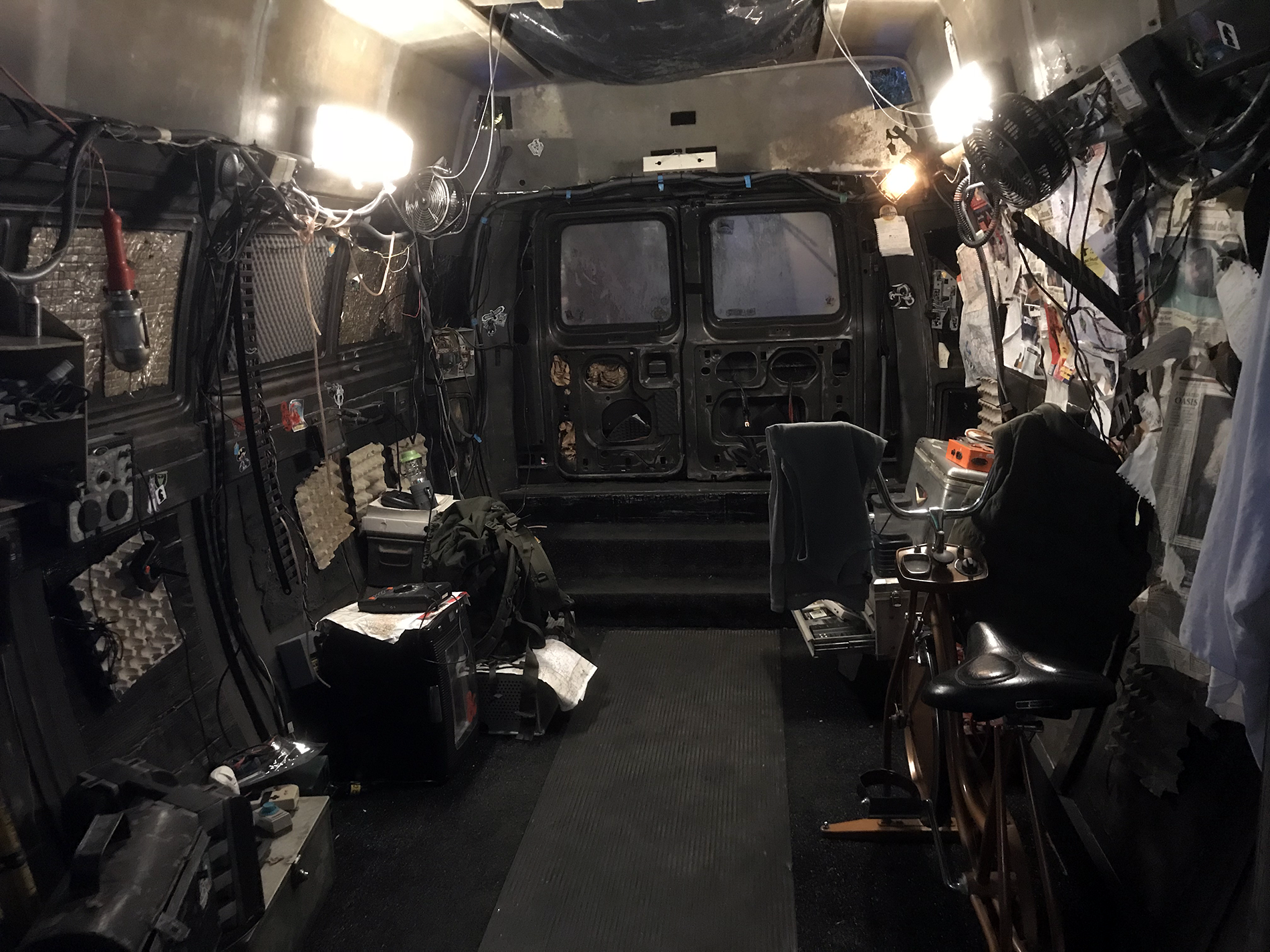 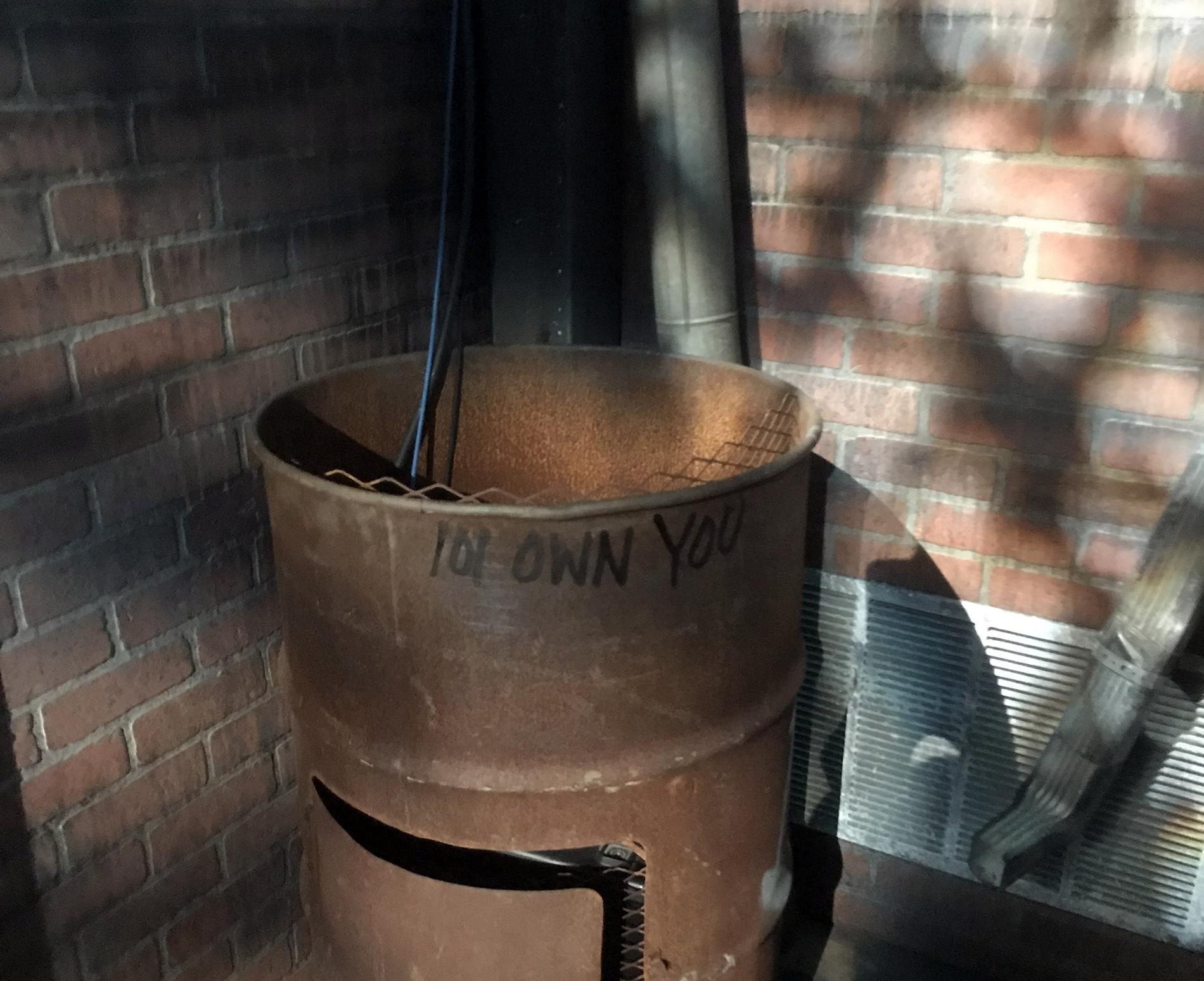 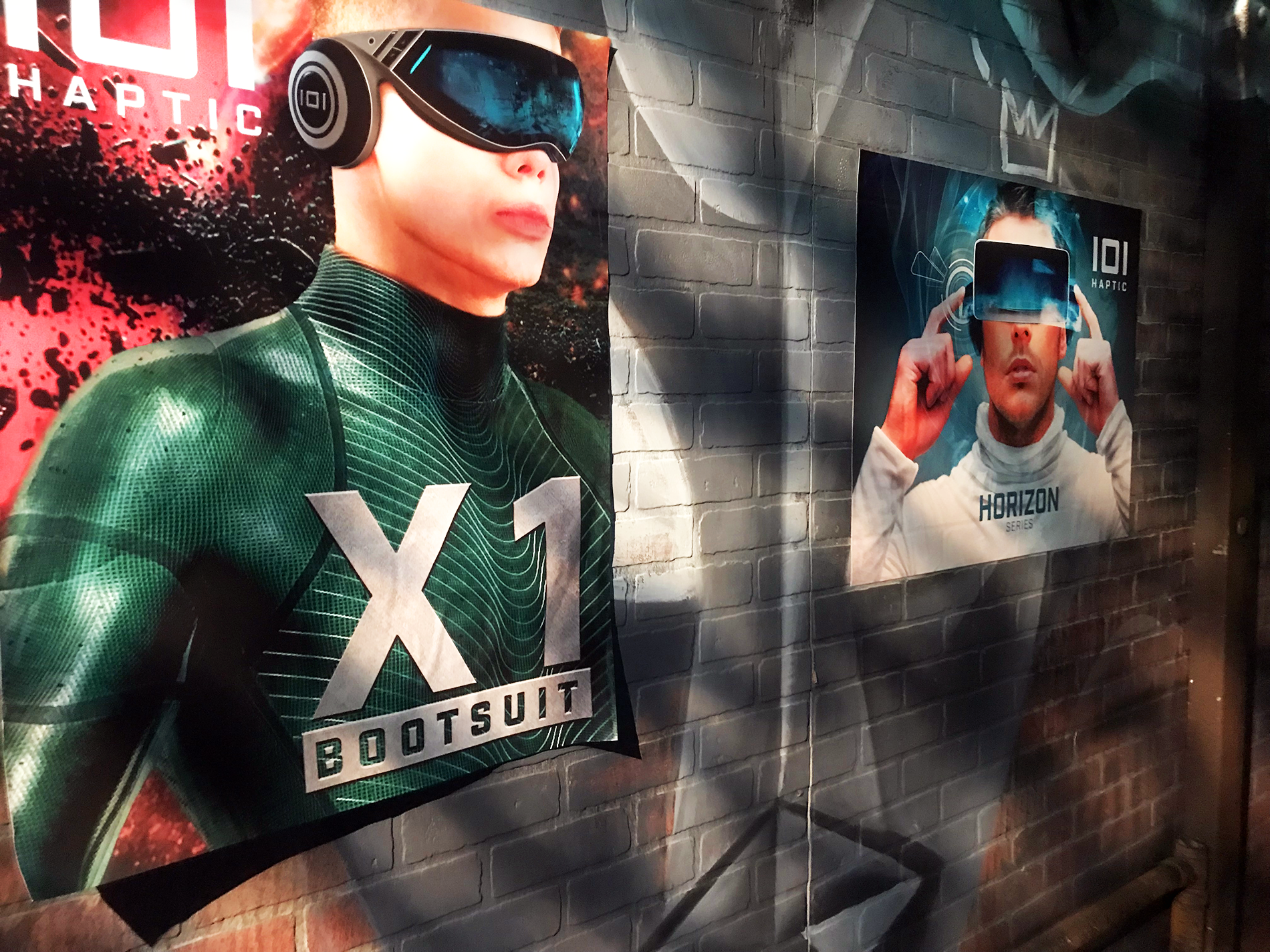 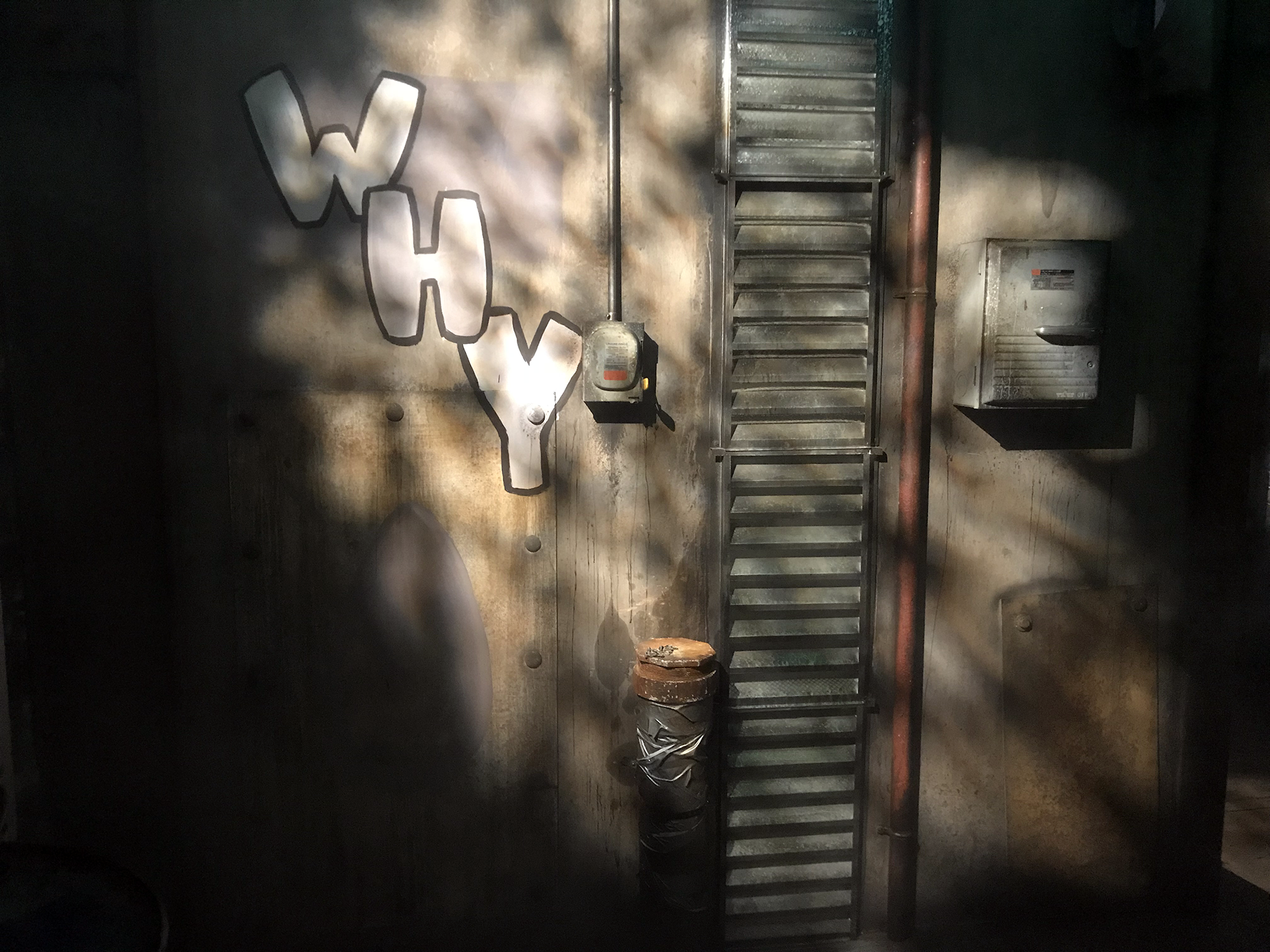 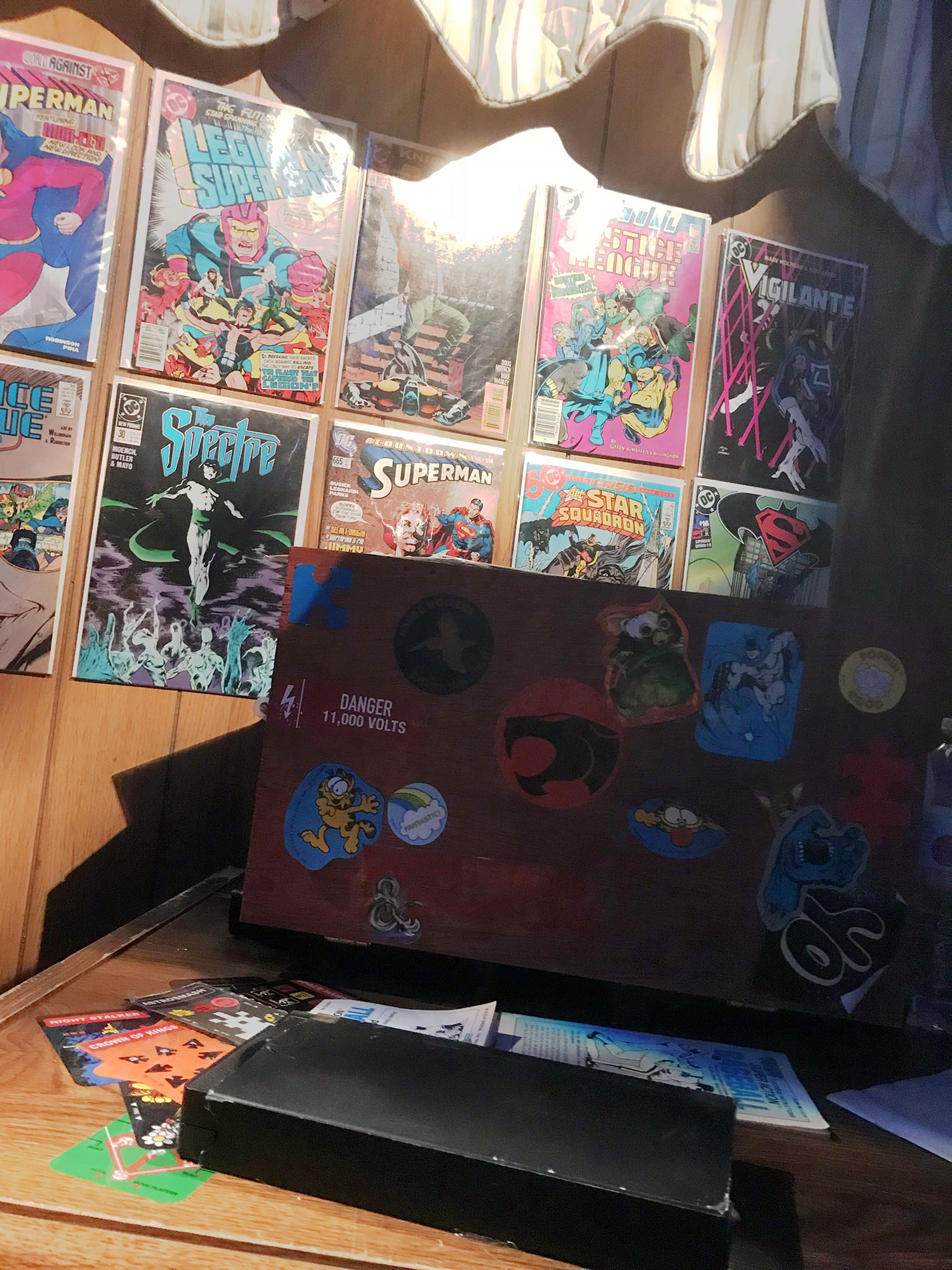 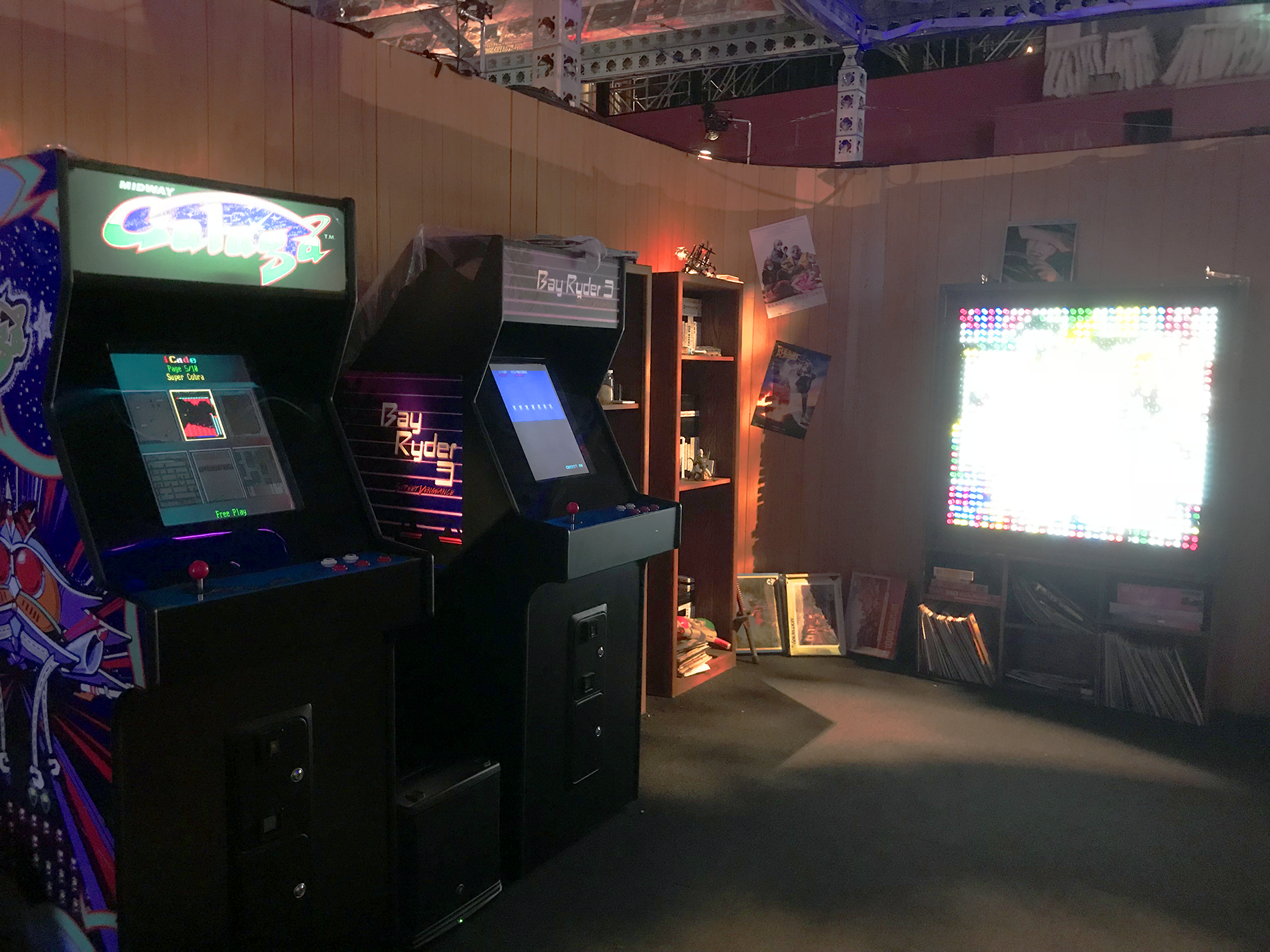 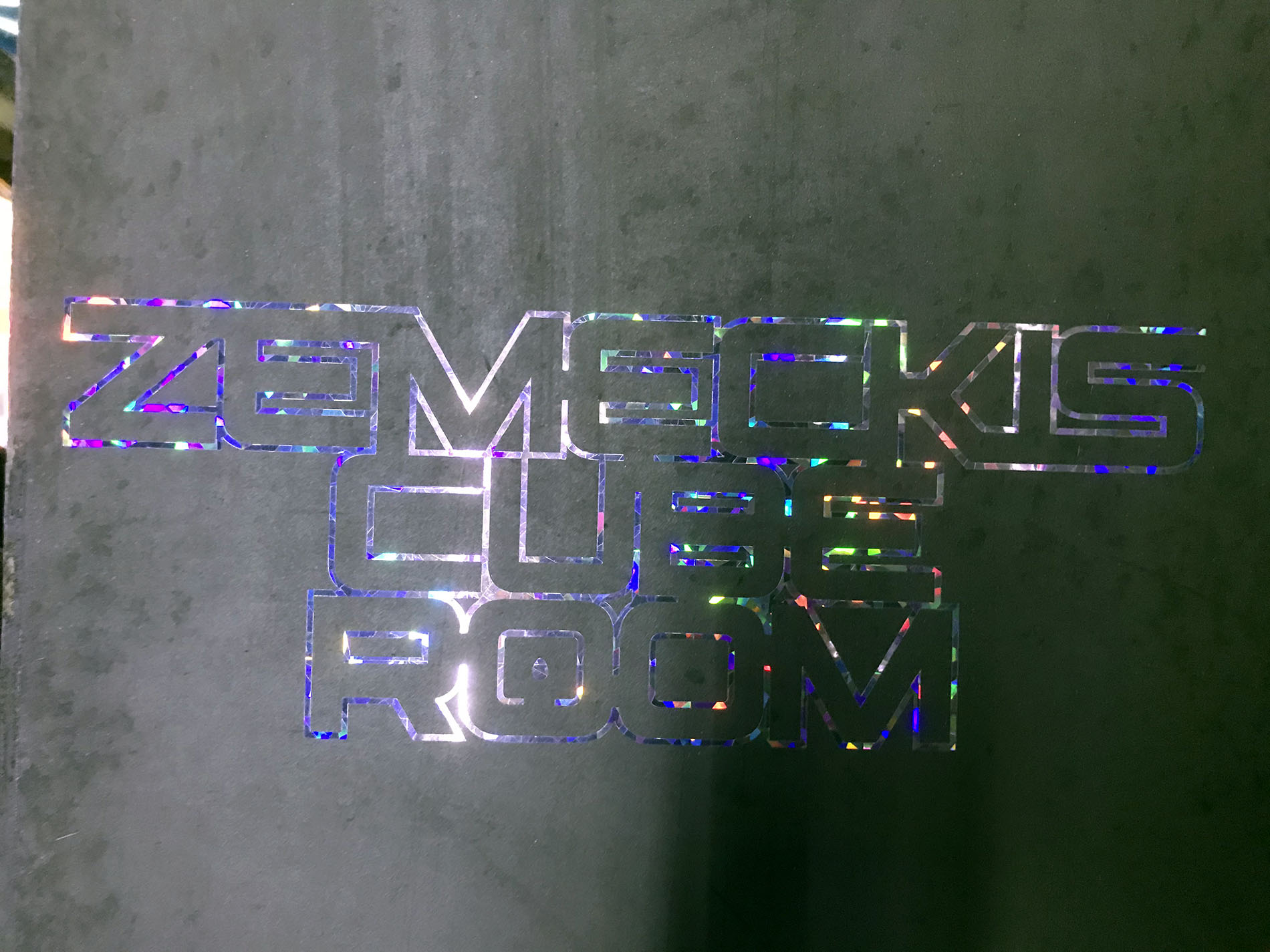 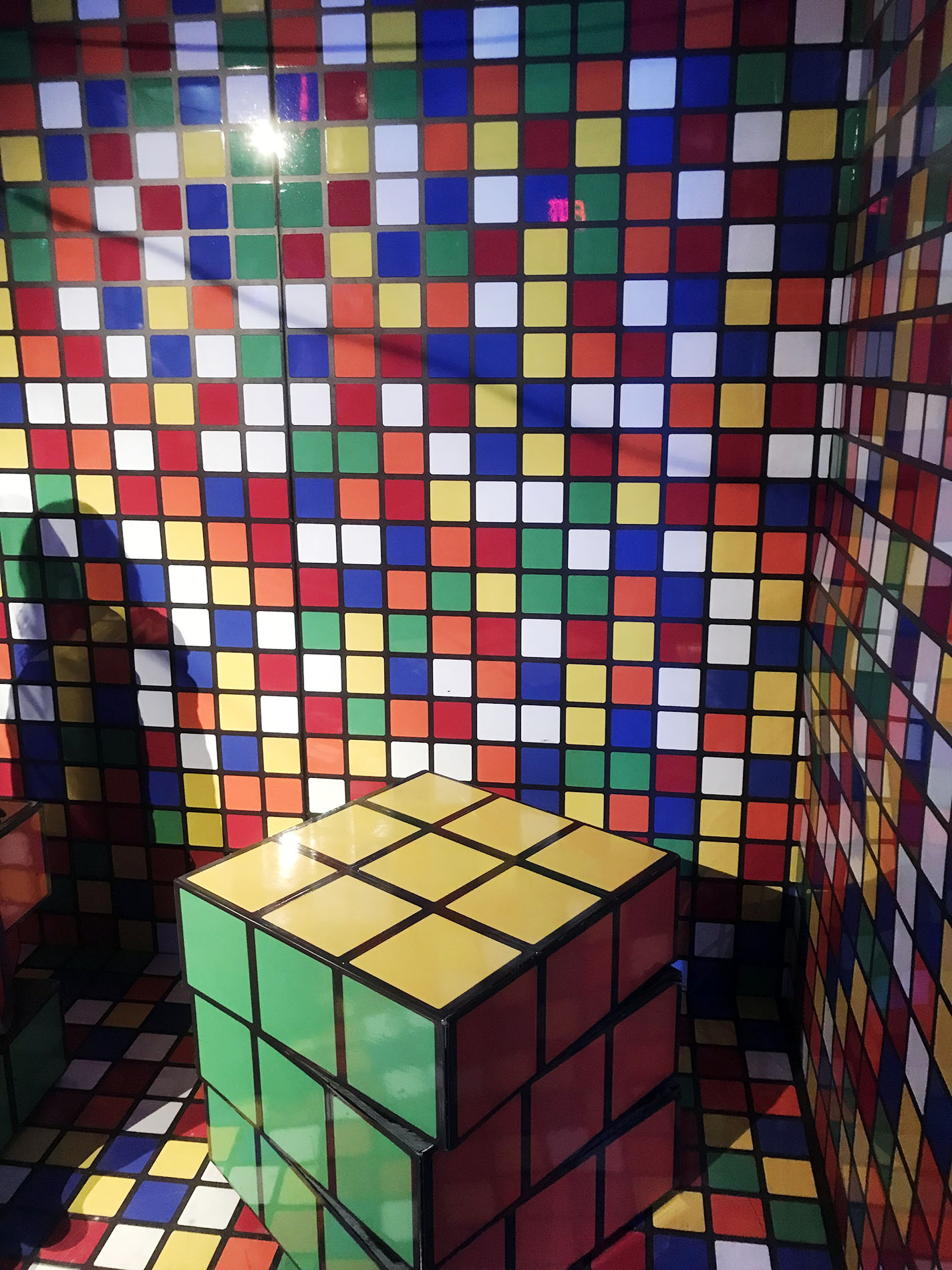 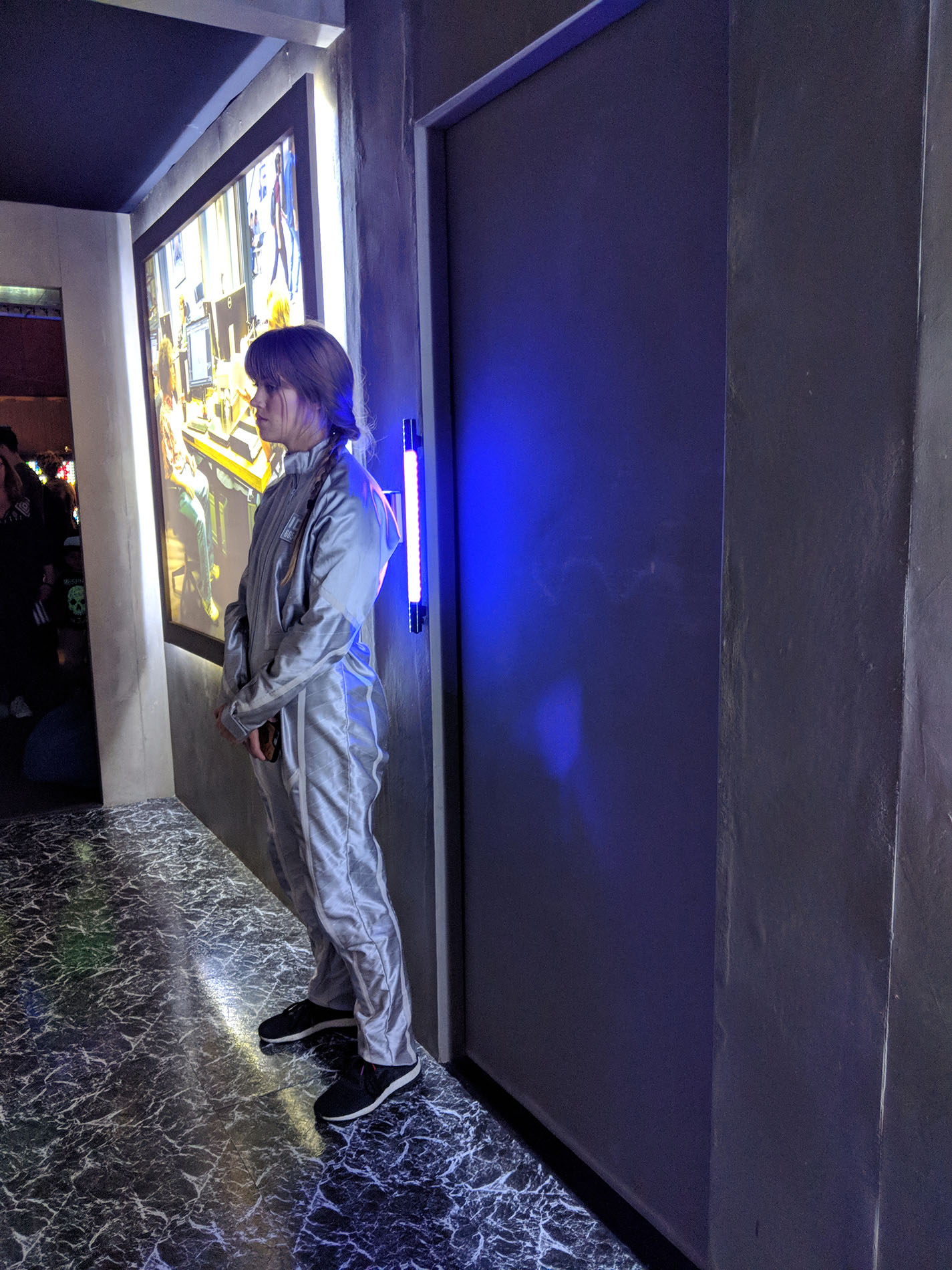 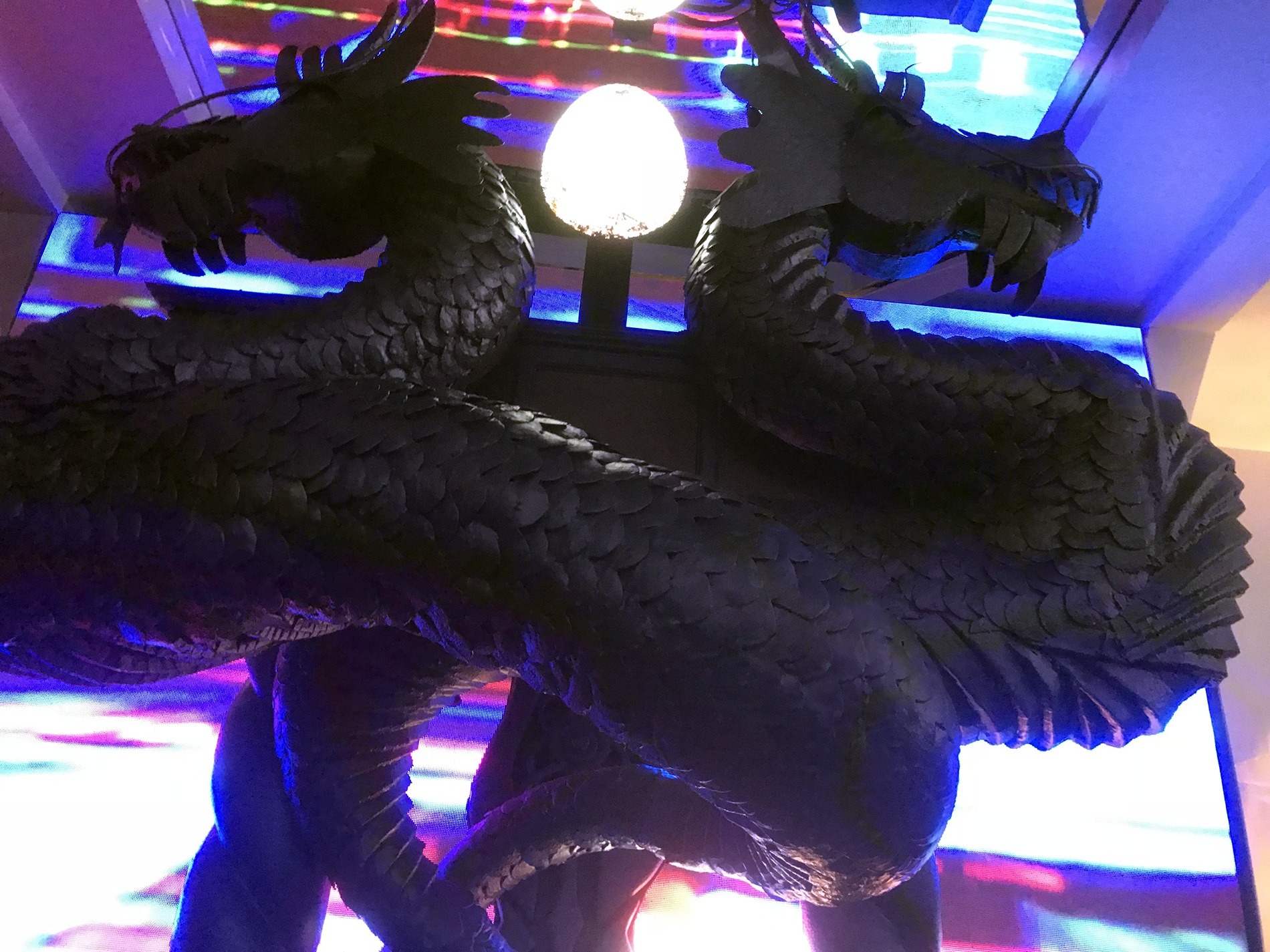 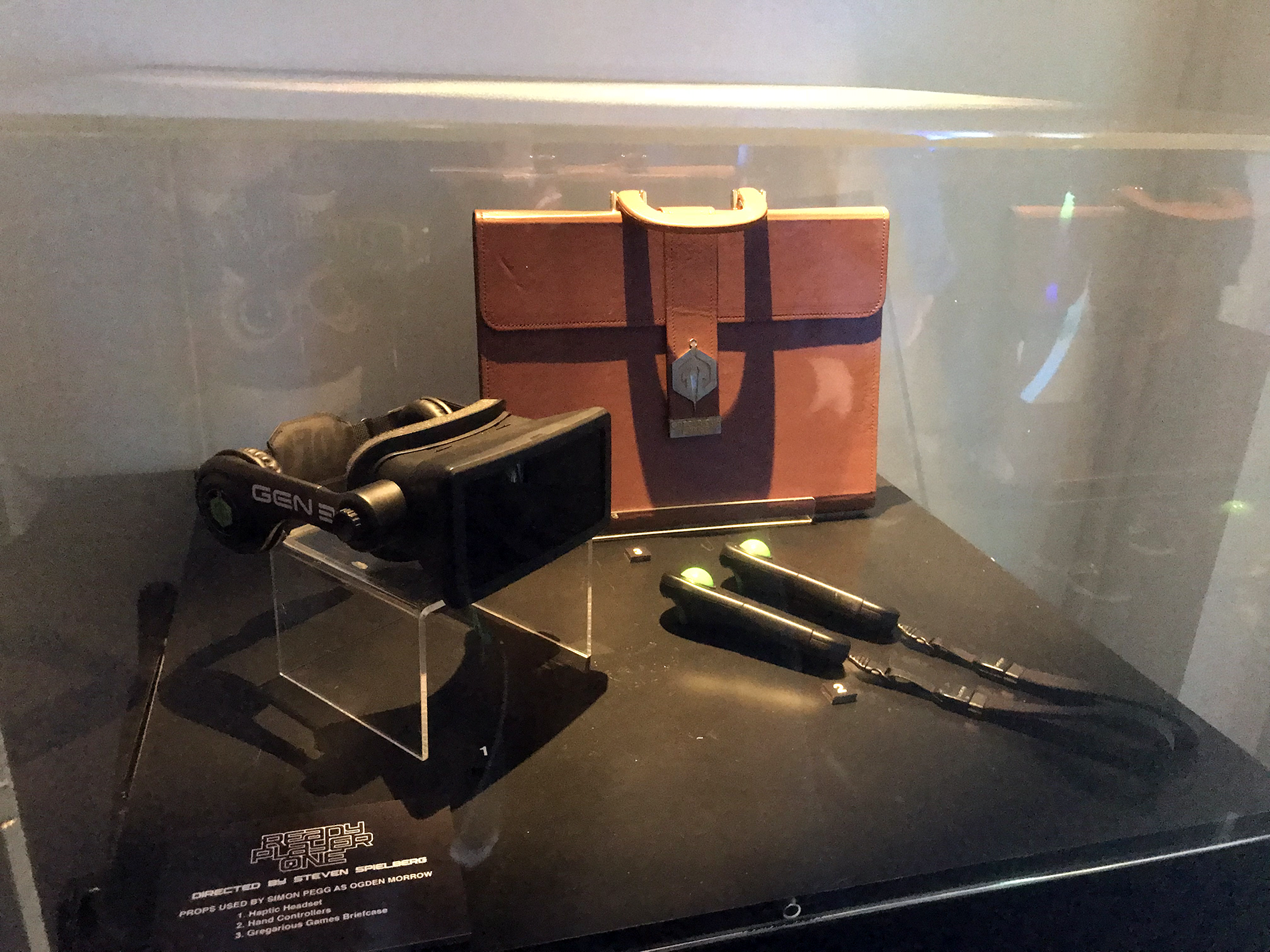 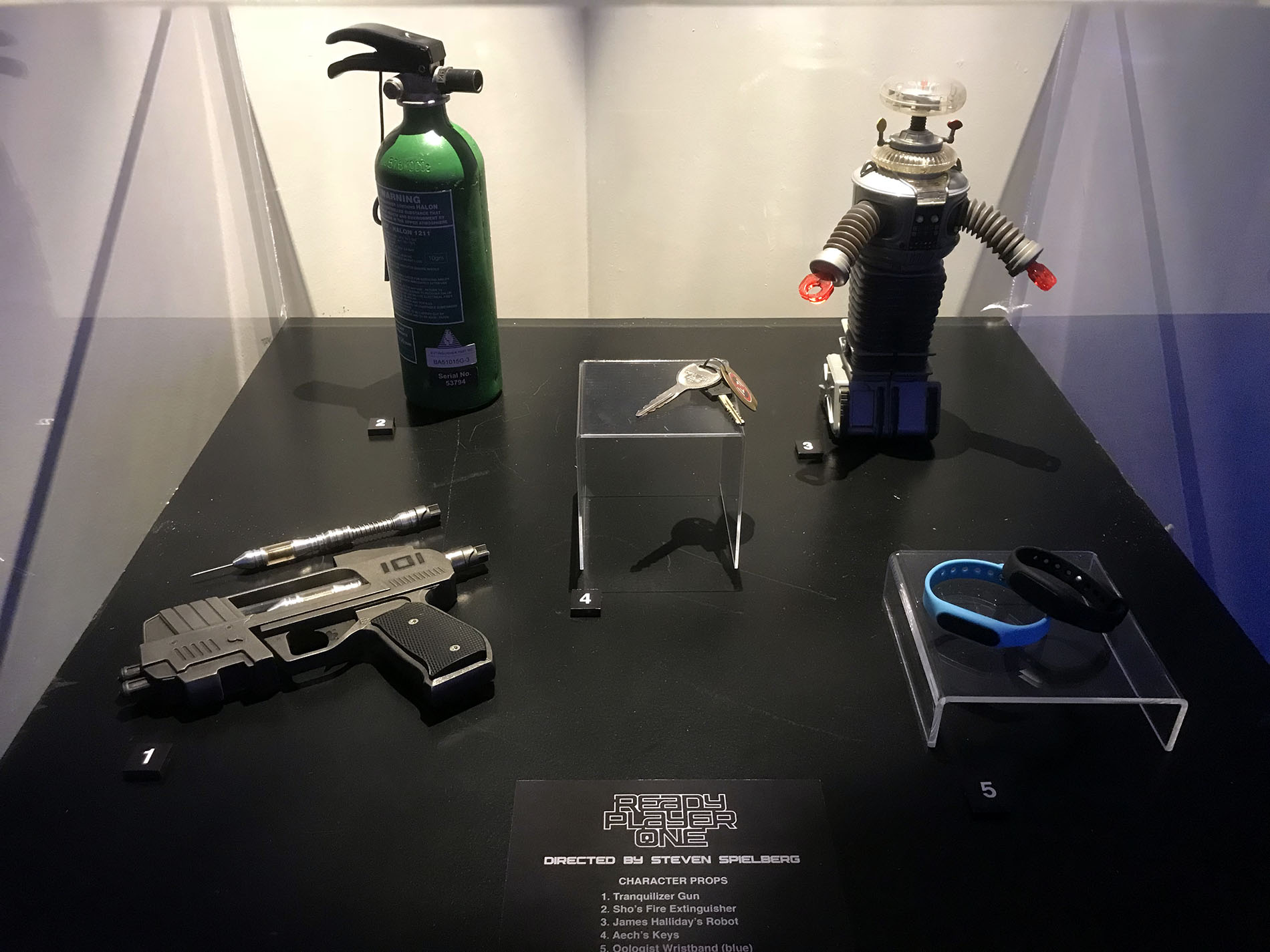 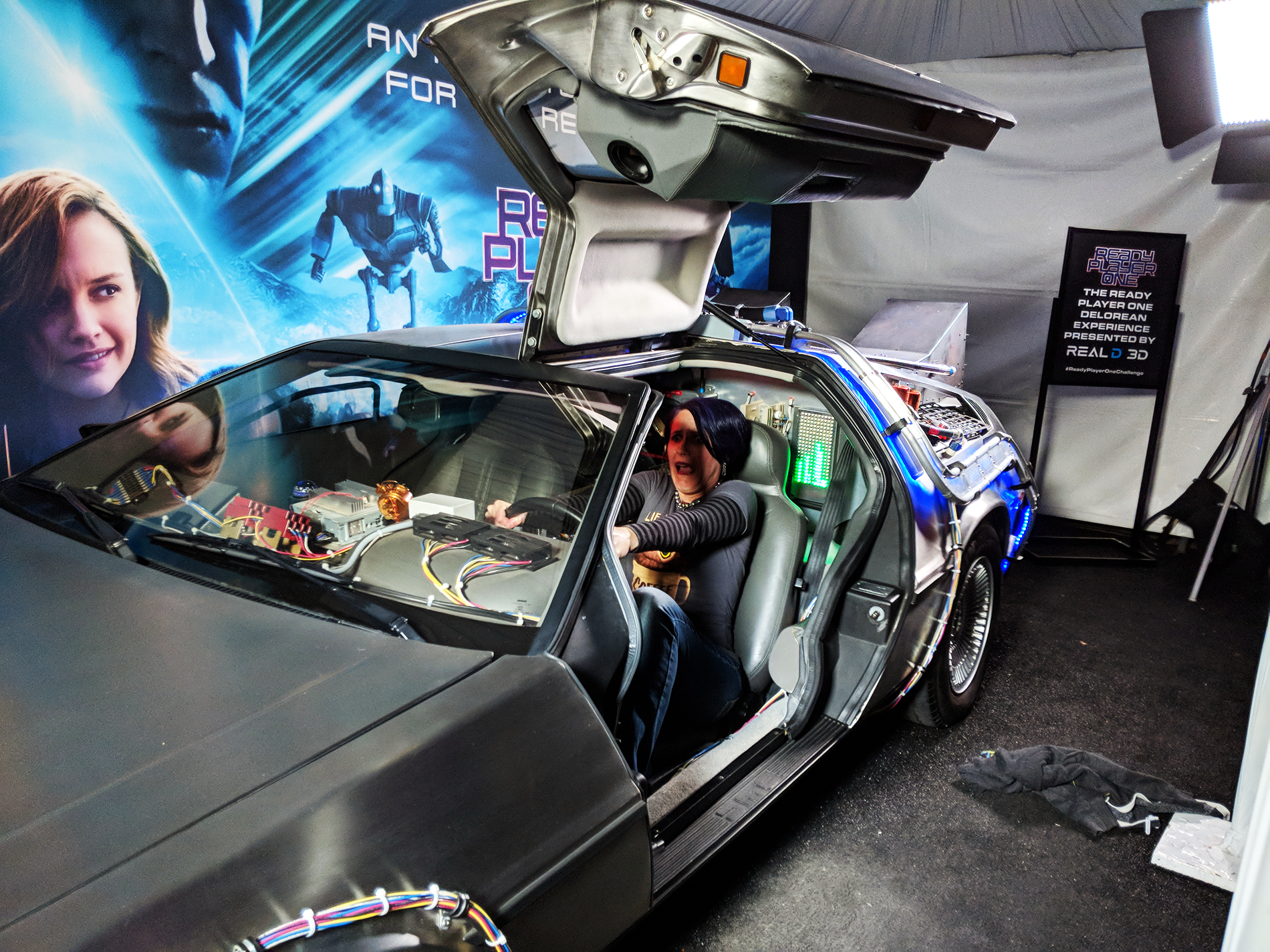 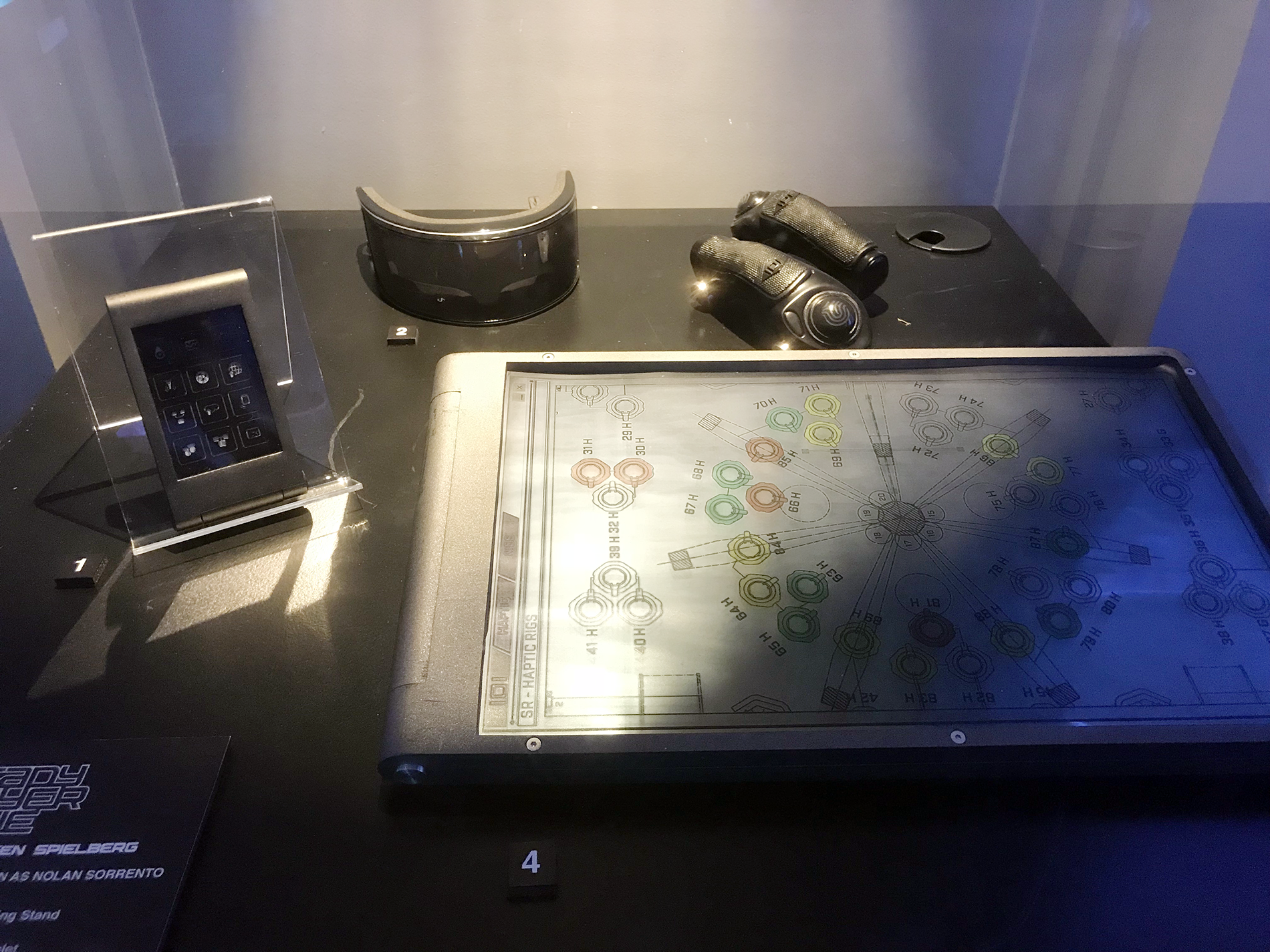 The sun was just starting to sink behind the Hollywood Hills, but already people were lined up to experience the Ready Player One Challenge: The Maze. This interactive group experience allows fans and newcomers alike to experience the world of Steven Spielberg’s upcoming film Ready Player One, which was adapted from the 2011 book of the same title. The corner of Hollywood and Vine was transformed into the Stacks, the new low-income housing of the year 2045, which consists of dozens of trailers and mobile homes held together by metal beams.

Wade Watt, the main character of Ready Player One, starts his journey in the Stacks, so it’s only fitting that the Maze also beings here. My group and I were given time to take in the towering structures, which are haphazard, cluttered, and covered in graffiti, including familiar phrases such as “Gunters never say die,” “MTFBWY” and the word “IOI” which has been aggressively crossed out. Flat screens are mounted behind frames and play looped videos of people wearing headsets and interacting with virtual reality, giving the rather uncomfortable impression that you were looking into someone’s window. One wall offered sage advice for how to conquer the maze: Search. Play. Take The Leap!

We were quickly set loose inside the Stacks, told to explore the area, to take all the photos we’d like, and to feel encouraged to interact with everyone and everything in the space; but our most important task was to search out the three keys. In the movie, three keys have been hidden in The Oasis, a virtual world in which which many people spend most of their time. A grand prize awaits whoever can collect all three keys and collect the hidden Easter Egg, and just like in the book, I began my hunt for the keys from inside of Wade’s secret hideout.

The van which serves as Wade’s hideout is a mess, filled with old technology, dusty memorabilia, and jumbled wires. Unable to find anything even remotely key-like, I moved on, through rooms inside the Stacks, where headset-wearing people stood in corners, lost inside The Oasis, past Wade’s bed atop a washing machine, and into an alley. Pulsing music grew louder as I followed its twisting corridors, plastered with posters advertising the X1 Bodysuit, the newest technology by Innovative Online Industries. A nightclub waited just ahead, and just below… there it was. The first key. An attendant used fluorescent ink to stamp a key onto my hand, and I leapt over the key-bearing threshold and into the club beyond.

Special thanks to Alicia Wheeler for additional photos

Shouts of delight greeted me as I entered the strobing lights of the nightclub. Beetlejuice, Harley Quinn, and Superman, among others, all lounged about, dancing to the music and asking where my avatar got her outfit. Others in the group stayed to chat with these fictional characters, but since there was no anti-gravity feature in this particular club, I moved on, intent on my quest for the second key.

I stepped into a wood paneled room which prominently featured arcade games and shelves laden with vintage gaming cartidrages. A tube television with an attached Atari system filled one side of the room and comic books lined the walls. This was clearly the “play” part of the experience, and I wasted no time in checking the tops of the arcade machines for quarters. After a bit more exploring, and trying my hand at the fully functional Galaga arcade game, I uncovered the second key, and earned another fluorescent stamp.

The next part of the experience was a delightfully clever use of mirrors, lights, dead ends, and optical illusions, resulting in several awesome photo ops and many of us getting turned around more than once. Dead ends took me by surprise when mirrors suddenly gave way to very solid black walls. Swinging mirrored strips combined with mirrored walls and hanging neon lights did a wonderful job of messing with my sense of direction, suddenly transporting the person behind me into the mirror in front of me before my brain really had time to comprehend what just happened. After much fumbling, turning about, and somehow taking a wrong turn to somehow end up back in the Stacks, I shuffled passed a sullen looking IOI agent guarding a door, and into the Zemeckis Cube Room, which was tiled floor to ceiling with brightly colored squares and two giant Rubik’s cubes.

After a bit of puzzling, I managed to unlock the last key, and proudly presented my stamped hands under a fluorescent light to reveal all three keys. My victory earned, I stepped through an egg shaped portal and into the final room, which featured holographic representations of all three keys, the fabled Easter Egg, as well as a whole collection of props for the upcoming Ready Player One film. The fun didn’t end there… with the maze complete, I stepped outside to find the Delorean from Back to the Future parked out back, fully restored and just waiting for me to climb inside and take a picture.

I found all three keys in the #ReadyPlayerOneChallenge! Write up will be coming soon on https://t.co/567mYd7WHb! pic.twitter.com/3so3SFMxD6

The Ready Player One Challenge: The Maze was an an entertaining experience with no shortage of awesome photo ops. It doesn’t quite rise to the level of an escape room, since finding the keys isn’t terribly difficult, and you’re actively discouraged from destroying anything inside the space, but it’s a fun little stroll through the Stacks. While most everyone in my group were adults, we did have two very young children who enjoyed tearing their way through the space, dancing with Harley Quinn, and laughing madly from inside the hall of dangling mirrors.
The entire experience takes between five and twenty minutes to explore, and it serves as a great way to whet the appetite for newcomers to the property, while providing fans with no shortage of references to seek out. It’s filled with hidden gems, from the brick-like original GameBoy units, to viewfinders filled with characters and scenes from the upcoming movie, to costumed actors who respond just as they should. The Ready Player One Challenge: The Maze opened March 18th and will run until April 1st, learn more and reserve your free tickets at the official website.