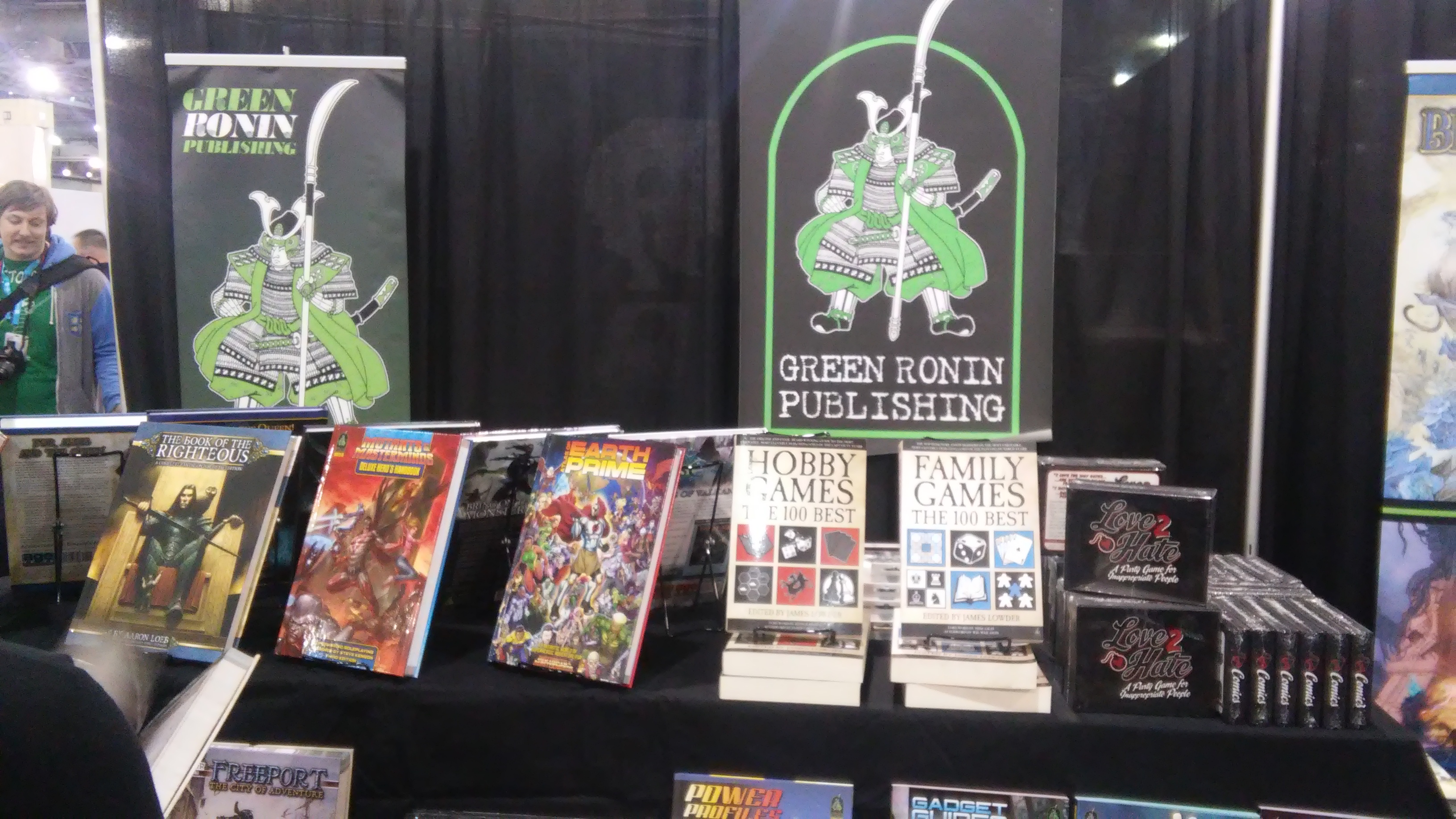 Chris Pramas, the founder of Green Ronin, has a lot to look back on over the eighteen year life of its company. Where tabletop spent a few years almost in danger of disappearing, the revolution spurred by streaming and crowdfunding has given the company a way to take new chances in the tabletop market. While it started very strong working with Chaosium alongside its own products, when Chaosium imploded in 2005, it took a sizeable chunk of Green Ronin’s earnings along with it. For a time they could keep afloat with Games Workshop’s Warhammer Fantasy Roleplay line (including some of the best entries into the Warhammer franchise), it was really nerd culture which helped create a revival.

According to Chris, tabletop gaming had a sort of pyramidal structure, with Wizards of the Coast right at the top, above some mid-tier companies and finally the array of smaller independent studios. At one point, aided by the market crash, the middle imploded. What changed at first was the fans rather than the companies. Streaming brought new audiences into the tabletop markets, featuring celebrities normalizing the games Green Ronin had been working to bring us. The Titansgrave series helmed by Wil Wheaton brought acclaim to Green Ronin that it has used for an Ashes of Valkana adventure book and soon a worldbook in the same setting. While those successes were only beginning, Green Ronin picked up Dragon Age, A Song of Ice and Fire, and Blue Rose, all highlighting its action based AGE system.

These relationships have only helped the company grow. Because of its association with the works of George R.R. Martin, his assistant knew exactly which group he wanted developing his sci-fi series The Expanse into a tabletop game. That title will feature the AGE system as well, but modified for a new time period. Modern AGE is another upcoming title, geared towards play outside of the fantasy genre and eschewing the class system present in Fantasy AGE titles. You can expect the Expanse Kickstarter in early 2018.

Green Ronin will continue to support Mutants and Masterminds, with an upcoming partnership with Greater Than Games to adapt the setting to the Sentinels of the Multiverse card game. We can also expect a Basic Heroes Handbook to help new players through the paces of playing the game, saving them much of the effort it takes to learn the math behind power generation.

Finally, Green Ronin will be working on its adaptation of the Lazarus comics series into an RPG setting, and exploring D&D 5E design with its Lost Citadel series. After the world has ended, a single city survives amongst endless dead. This setting will be accompanied by a short fiction collection fueled by fan-created work, and I am intrigued to explore the mysteries it is setting out for its audience.

While it will be continuing its popular lines, Green Ronin has also made key partnerships lately, opening its doors to the Expanse Universe and the audience influenced Lost Citadel setting. I plan on covering these evolving products in the future, but you can always go to Green Ronin directly for more information.