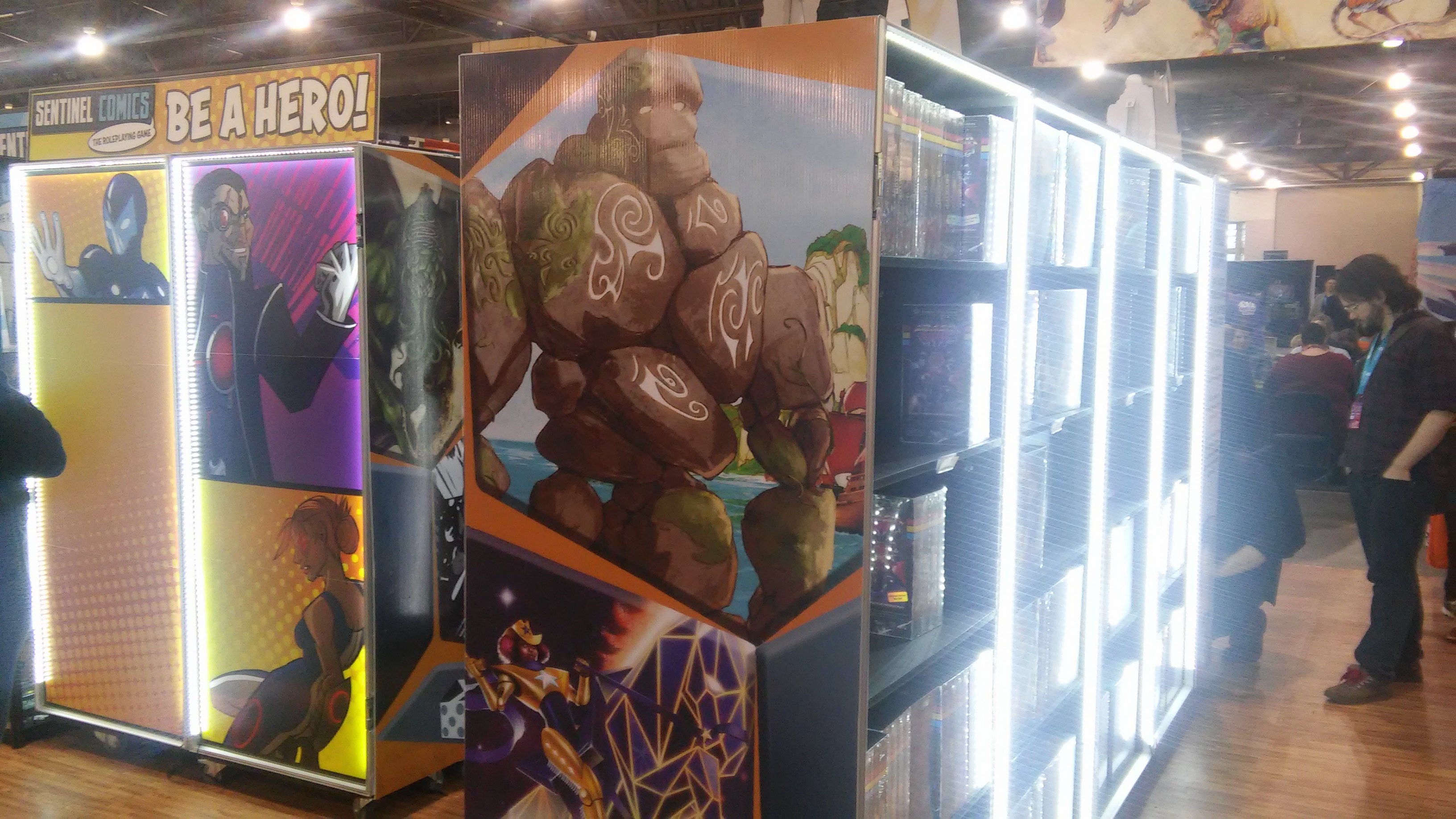 Greater Than Games has experienced a time of tremendous growth in the past few months, and that shows no sign of stopping any time soon. While it was working on several projects over an extended period, some quirks in timing have resulted in an explosive and exciting launch period, across an array of genres. Among some of the things that released in just a few weeks of one another were the following:

Many of these games are slated for expansion in 2018, as well as Housebrewers, the game of homegrown microbrewery. It is astounding that so much quality is able to come from such a small studio, but extensive playtesting is a core value of Greater Than Games and key to its successes. In the future, the company is planning on keeping its big releases at around two per large convention, but the diversity of mechanics and themes of its recent projects have kept them from stepping on one another’s toes. As market saturation becomes an increasing concern for producers and fans alike, this diversity has been an enormous boon, especially with regards to the art. The tone they set for their games sends a huge message to potential consumers.

Greater Than Games is also soon to embark on new ventures. With the Sentinels of the Multiverse card game definitively concluded, they are about to take the engine to Freedom City, the world of Mutants and Masterminds. While it is too early to discuss specifics yet, they will also be host to some licensed properties, so keep an eye out for announcements on that front.

Sentinels of the Multiverse is far from over, as I got to see first hand during a brief demo of the Sentinel Comics RPG. The actual “Sentinels of the Multiverse” portion of the setting is concluded with Oblivaeon, but with other universes to explore (opening the art team to new incarnations of familiar heroes) the Sentinel Comics setting will have plenty of room to expand. The Starter Set is a prelude to a full core book to come later, with the typical toolsets cush as character creation and GM advice. Available right now are six character sheets for immediate play, each containing a basic rules explanation, and adventure books to give you a full campaign’s worth of playtime.

Each character has a set of attributes and powers represented by a die type. They will roll whichever is appropriate to their intention together with a die corresponding to their wound level, and take the middle value. Each character also has specific abilities, which change depending on their wound level, that can affect how many attacks they can inflict, which die they use to resolve their action, and more. As you receive wounds, your character gets access to more powerful abilities.

Enemies are represented by singular dice, the type corresponding to both their power and wound levels. When you make an attack, they will roll their dice. If they roll under the value of their attack they will go down a die size, finally being knocked out when they have to go lower than a d4. There are no defensive actions in this game, so you can expect both you and your opponents to take damage quickly and have to respond in kind.

You have two basic actions: attack to inflict damage and hinder to reduce effectiveness. I am curious as to how well this system translates to roleplay outside of combat, and how much freedom players have outside of their preset abilities to affect combat or experiment. Of course, given that my time with the game was around twenty minutes with the core engine, I can hardly call myself experienced enough to criticize its mechanisms.

One mechanism that left me thoroughly pleased was the initiative system. While not new to superhero roleplay, I am happy to see its return: after any character takes their turn, they decide who acts next. While the heroes can elect to take all of their actions at once, they will open themselves up to the whims of the enemy. Once a new round starts, whoever ended the last round chooses who goes first, so it is critically important to weigh how much you want to act early.

With the core book a ways away, I am eager to get a more complete look at this starter set. I will be covering Greater Than Games more in the future, but you can go to their site directly for any burning inquiries you might possess.