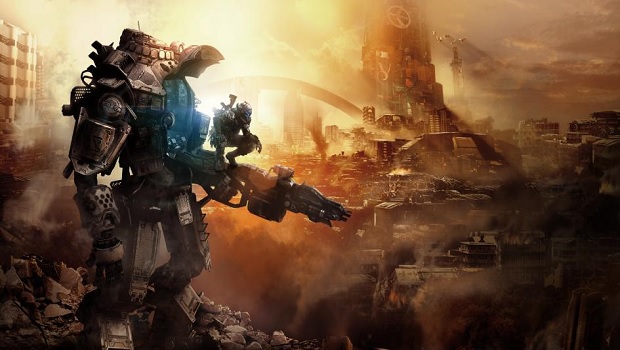 I know I’m pretty solidly in the minority here, but I’m willing to admit that I’ve never been all that interested in Titanfall. While the gaming community has eagerly awaited its release, I’ve eyed it with an apathetic “Meh.” Perhaps part of that is that I’m not in the process of building a game library for a new console, but I think far more of it is because I’ve never been able to see the title as the innovative, and more importantly, next-gen game that it’s been sold as. With today’s announcement that the 360 version of the game will be delayed for the second time, I’m convinced that Microsoft might be (and maybe should be) worried about Titanfall’s standing as a next-gen console seller as well.

This thought first crossed my mind when a 360-owning friend mentioned in passing that they couldn’t wait for the game’s release. I wasn’t following Titanfall news particularly closely due to my aforementioned lack of interest, but the flood of praise and excitement on social media after the release date last week were impossible to miss. Even I knew that the game was already out…right?

Well, yes and no. While the game had in fact been released on PC and Xbox One, the 360 version was yet to come. Early last month, EA announced that the game would be pushed back by two weeks to March 25th to “give Bluepoint time to put the finishing touches on the game.” These things happen; I didn’t think much of it until today when a second two week delay pushing the release to April 8th was announced. In the post announcing the delay, EA executive VP Patrick Söderlund reassures gamers that the game is “fantastic” on the 360, but that developer Bluepoint Games could make it even better given “a little more time.”

But the delay comes at an odd time, just six days before the previously scheduled release date. I would expect the disks be printed and packaged by now, or at least headed that way; Titanfall’s Xbox One and PC release went gold twelve days before launch. Is two weeks really long enough to iron out the kinks and get the game printed, packaged, and shipped? No one could blame EA for being a bit more cautious with the timing here, given that this is a second delay in as many months and they’ve had bad press from quite a few shaky launches recently.

After all, Titanfall has been consistently floated as a next-gen console seller. Already behind in sales, the Xbox One has a lot riding on the game’s success. This means they need to give gamers a reason to choose the Xbox One version over the last gen version. Usually, the increase in performance and graphical quality that comes with the next gen version provides this incentive, but we’ve yet to see any press previews or footage from Titanfall on the 360 for comparison.

It’s possible that Titanfall on the 360 fails to live up to the example set by the next gen version; rumors abound that the framerate and resolution of the game is suffering on the older console. Perhaps there are worries that seeing the two side by side will make the 360 look unacceptably worse by comparison, deterring console gamers who may be interested in the title but have yet to upgrade to an Xbox One. The extra time, then, might be needed to bring the last gen version up to spec. This a reasonable theory, but not the only one.

According to many gamers, there is another possibility. Although Xbox One sales nearly doubled in the UK during Titanfall’s launch week, there is still huge ground to make up if Microsoft hopes to catch up to Sony. Luckily for Microsoft, the Xbox One version being alone on the console market has the effect of making the title feel like a next gen exclusive without actually being one. This raises an interesting question: what if the problem isn’t that Titanfall 360 doesn’t look good enough, but instead that it looks too good?

If Titanfall Xbox One doesn’t look and play significantly better than the 360 version, it takes away from the title’s next gen allure; convincing gamers to drop $500 for an Xbox One to play Titanfall becomes a much harder sell if they feel they can get essentially the same experience on the console they already have. Titanfall 360 being delayed again and remaining sight unseen gives the Xbox One version more time in the spotlight. The cynical take is that the delay was encouraged by Microsoft with the hope that impatient would-be pilots might choose to pick up an Xbox One rather than wait until next month, further boosting hardware sales.

Whether you buy the cynic’s view or not, there is no denying that the problem of cross generational competition has increased over time. Formally reserved for sports titles (like FIFA ‘14, which is coming to PC, six consoles, three handhelds, and mobile), cross gen titles are more common in this generation than in any previous. Publishers love them because of the larger install bases offered by the older consoles, but it can be a risky move early in the life cycle of a console when developing a unique identity is important.

Titanfall is a bit of an outlier in this regard; most games regarded as console sellers, like Forza 5 and Ryse for the Xbox One and Infamous: Second Son and Shadow Fall for the PS4, don’t cross generational lines. Sony announced early on that they wouldn’t release any first party published retail releases for both PS3 and PS4 to avoid the kind of self-cannibalization that comes with pitting your own consoles against each other. Last gen consoles have install bases in the tens of millions, while the Xbox One and PS4 barely break ten million combined; when generations go head-to-head, it’s clear who is more likely to come out on top.

So the fact remains that regardless of how favorably or unfavorably Titanfall 360 compares to the Xbox One version, it’s almost certain to sell more. Titanfall will struggle to keep up its next gen aura when most of its player base is on the older system. It seems to me that the important issue isn’t whether Titanfall 360 is being brought up to scratch or intentionally  kept under wraps; it’s whether the decision to stake the short-term prospects of a next gen console on a title that will inevitably sell more on the last gen counterpart is a wise one.

Breanna has been gaming since infancy, if gnawing on an unattended controller counts as playing a game. One of the younger members of the Gaming Trend family, she dabbled in PC games as a kid but wasn't fully consumed by the hobby until the sixth generation of consoles. Now an avid PC and console gamer, she looks forward to the day when she can scape together enough cash to join the next gen club. In the last week of middle school, a math teacher taught her how to program a calculator; she was pretty much hooked then and there. Currently working towards a degree in Computer Science and Applied Math, Breanna hope to someday make games instead of just writing about them. Other hobbies include playing guitar, binge-watching Netflix, and cooking delicious food.
Related Articles: Titanfall
Share
Tweet
Share
Submit