Rage makes a poor first impression and closes out with a worse one.  With bookends like that, it would be easy to mistake the stuff in the middle as adequate.  It’s a nice illusion.

And it works, at least for a while, because the time you spend playing Rage as a first person shooter is genuinely gratifying.  The weapons in your arsenal feel weighty and responsive thanks to their stocky, thick designs, booming rapport, and the way every individual projectile thuds into its target.  Shotgun blasts will blow a mutant’s legs our from under it, sniper shots impact with such force that even non-lethal hits will knock the target off its feet, and even the assault rifle and machine gun are noticeably different options for driving hails of bullets into your opponents.

A lot of the satisfaction comes from the enemies themselves.  You’ve met this cast of characters before – Melee Grunt, Armored Soldier, Really Big Monster With Glowy Bits To Shoot With Heavy Explosives – but they’ve never moved like this before.  Blade-wielding bandits shuck and jive on approach, cornering, stopping, and somersaulting with remarkably organic dexterity.  Mutants take it a step further by swinging off pipes and catapulting through hanging door frames at you.  The variety of tricks at their disposal is scripted to the very specific environment of the moment, but the challenge of gunning down a charge of dizzyingly nimble monsters comes to define Rage at its very best.

Savor those moments while they last.  You don’t get them nearly often enough.

Imagine sitting down with a season of your favorite television show.  The Wire.  Breaking Bad.  Game of Thrones.  Now imagine being told that for every thirty minutes of that show you watched, you’d have to sit through an equal length of some tonally-mismatched show that you disliked even before it aged so poorly.  Perfect Strangers.  AfterMASH.  Dotto.  It might seem like a tolerable interlude to get to all the good stuff at first, but soon the constant and bafflingly arbitrary interruptions will overflow their borders and submerge the parts you liked.

That’s the experience of playing Rage, a game that takes its finely crafted FPSing and decides to parcel it out with scads of ancillary distractions.

Driving represents the thickest padding, with story missions and some side missions spread up to ten minutes apart depending on how many minigames you want to play on the way.  There are enemy cars to shoot, jumps to land, meteorites to collect and more, each of which will net some currency or swag that ostensibly aids your career of shooting dudes in the head.  In practice though, the tasks are so shallow, lacking in either strategy or finesse, that they feel less like rewarding new challenges and more like progressively desperate attempts to justify the presence of drivable vehicles.  This is never more apparent than when the occasional side mission teleports you directly to the combat zone and you realize how preferable that four second loading screen was to exploding your five hundredth bandit car.

Said side missions come off a Jobs Board that helpfully lights up when something new has been posted.  They easily comprise the most accessible side content in the game, seconded by the settlement racing circuits simply because you always know where they all.  All other work, including main plot points, must be uncovered by wandering up to folks around town to see if they have anything to say.  They usually don’t, though making sure will chew up another chunk of time as the nicely waypointed minimap available in the open wasteland is stripped away while in town.  Wellspring describes a nice simple loop that’s easy to navigate, but when later locations dot quest-givers around serpentine corridors across multiple floors, simply remembering where to claim your reward for a completed mission becomes a chore.

But convenience ultimately turns out not to be be the biggest problem.  It’s how poorly the disparate elements fit together.  The economy, the crafting, the kart racing — all of it functions in a  technical, workmanlike way, except with a total disregard for one another or the setting in which they’re occurring.  Why does a town with infinite ammunition for sale need help from a total stranger to defend itself?  What is the point of equipping racing buggies with weapons if blowing up an opponent simply causes him to respawn on the spot a split second later?  Why would you ever want to build yourself a static turret when a roaming spiderbot can do all the same things and more?  For all the bullet points the developers can mark down on their feature checklist, the Rage’s amalgamation of ideas lacks any of the cohesiveness you’d find in games like F.E.A.R., Singularity, or Bioshock.  It’s soulless.

Would Rage’s crafting system have been more substantial if no one had to code the dice rolling or finger-fillet minigames?  Could the sputtering plot have been salvaged with the development time spent on the collectible card-battling decks?  These are the questions you’ll be asking as those elements grow more and more superfluous, culminating in a dreadful final act that seems to exist solely to expose how thinly production resources were stretched.

It’s a fitting finale for an adept shooter that lacked the confidence to identify its best ideas and make them worthwhile. 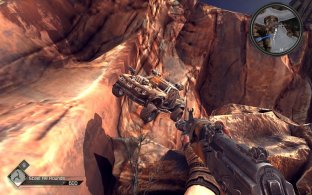 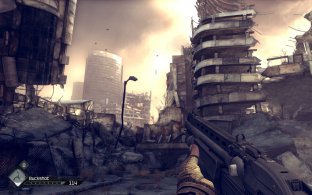 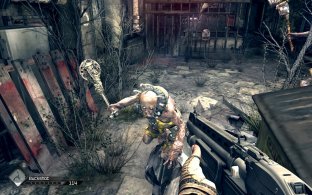 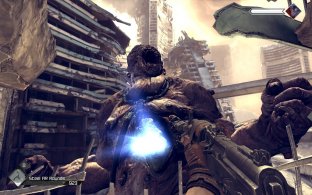 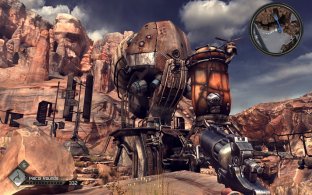 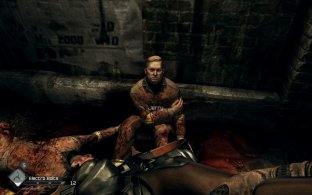 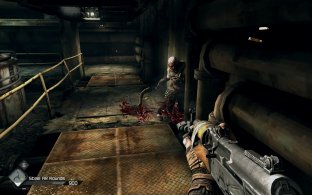 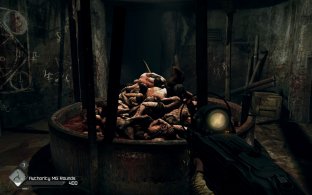 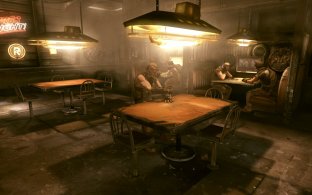 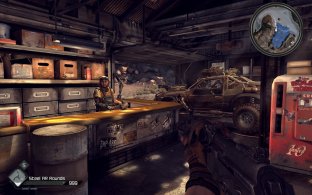 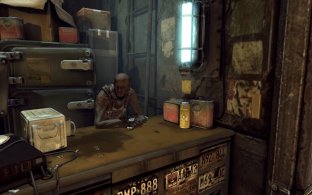 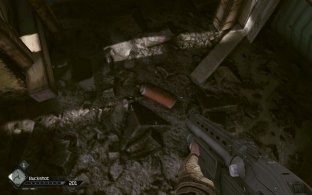 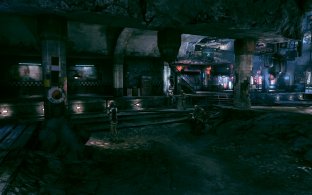 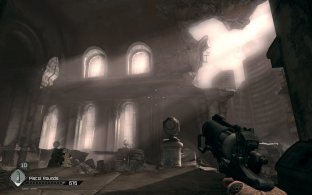 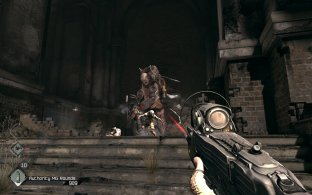