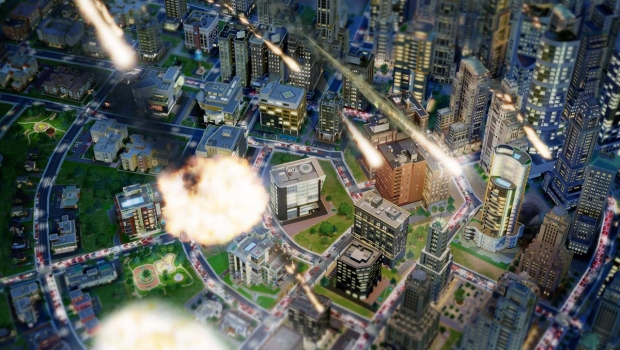 SimCity is a solid game.  Now that I have your attention, put down the torches and pitchforks and hear me out.  I’m working on my review, and there is a fun game to be had here, but right now it’s buried under mounds of DRM and heaps of controversy.  When EA’s own support-bots started threatening people with banning of their accounts (which was then corrected by folks at EA) when refunds were requested for the currently-malfunctioning product, some folks took it to the highest court in the land – they’ve petitioned the White House.  We all see stupid petitions thrown to 1600 Pennsylvania Avenue, but this doesn’t seem to be one of them.   Let’s look at the meat of the complaint:

Video and computer games are growing increasingly reliant on remote servers and the implementation of Digital Rights Management (DRM) to function properly.

When these measures fail, consumers are left with an unplayable experience. In these cases, the consumer should have the right to expect a full refund, whether the game was purchased in physical or digital form.

SimCity from publisher Electronic Arts is a recent example of why such a law is crucial. Even 72 hours after its release, players are unable to log in and play, rendering their $60 purchase useless. Yet they have no recourse for a refund.

Other countries such as the Netherlands already have laws on the books that prevent companies from refusing to honor returns on products that aren’t working as designed.   This doesn’t just impact games like SimCity, but also speaks to MMO launches.  Any game that has a required online piece could be affected.  At the time of writing the petition was sitting at roughly 1600 signatures – a long way to go to reach the necessary 100,000.   It may not reach that goal, but it certainly does start the conversation.  The question I have is this – “If SimCity is tarnished and doesn’t sell well from this point, will EA kill the servers effectively creating a $60 coaster out of all of our games?”

Ron Burke is the Editor in Chief for Gaming Trend. Currently living in Fort Worth, Texas, Ron is an old-school gamer who enjoys CRPGs, action/adventure, platformers, music games, and has recently gotten into tabletop gaming. Ron is also a fourth degree black belt, with a Master's rank in Matsumura Seito Shōrin-ryū, Moo Duk Kwan Tang Soo Do, Universal Tang Soo Do Alliance, and International Tang Soo Do Federation. He also holds ranks in several other styles in his search to be a well-rounded fighter. Ron has been married to Gaming Trend Editor, Laura Burke, for 21 years. They have three dogs - Pazuzu (Irish Terrier), Atë, and Calliope (both Australian Kelpie/Pit Bull mixes).
Related Articles: SimCity
Share
Tweet
Share
Submit