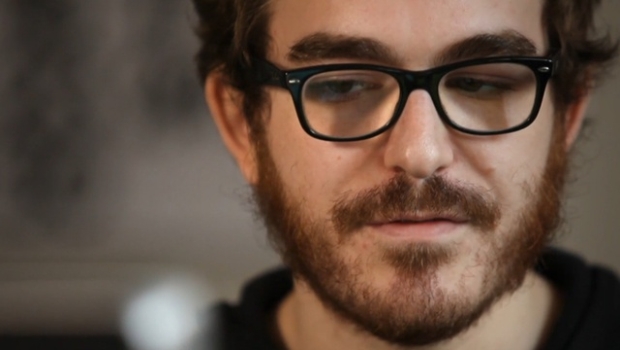 Over the weekend, a highly volatile spat between iconoclastic game developer Phil Fish and “Annoyed Gamer” Marcus Beer blew up on Twitter, resulting in one of the most explosive meltdowns in the history of this industry. Words were said, insults were flung, and in the end, Phil has not only cancelled development on FEZ 2, but has left the industry entirely.

This makes me incredibly sad, because FEZ was probably one of the best games I’ve played in recent memory. The sense of wonder, of exploration, of ambiance were absolutely perfect — you could tell within every single pixel, every line of code, that FEZ was a love letter to the entire history of video games.

I’m not defending Phil Fish’s actions (well, not entirely, anyway). He shouldn’t have told Marcus to kill himself (even if it was an oblique reference to a Futurama quote). He shouldn’t be telling people to “choke” on any of his body parts — let alone reproductive organs.

But Fish has been attacked every single day since the beginning of FEZ’s development.

It’s hard to understand exactly what it’s like to be insulted en masse by anonymous trolls unless it’s happened to you directly. I thought my review for the Wii U port of Need for Speed: Most Wanted was rather innocuous — that it would have been completely buried under everyone else’s reviews. No one would care. The next morning I discovered hundreds of people calling me an idiot because my opinion didn’t gel with what they were expecting. Our comments blew up with some of the most vile things I’ve ever been called in my life.

But this was one incident. I didn’t respond to the haters because it wasn’t going to accomplish anything. A few days passed and people moved on to the next thing to consume. It taught me real quick that you need to have a thick skin in this industry, especially if you put your name on something, especially if you’re directly in contact with the millions of people out there that are potentially interacting with your work, and by extension, you. I’m absolutely certain that will not the last time someone doesn’t like what I have to say, and I’m ready for it.

[singlepic id=14791 w=320 h=240 float=right]But when every single day of your waking life is filled with the most unrelentingly hate-filled and vitriolic things ever to be found on the internet, of course you’re going to reach a breaking point.

And while this may seem like two incredibly passionate and opinionated personalities airing out their dirty laundry in front of everyone, this whole thing is really emblematic of just how toxic the video games industry really can be.

We’ve got rampant sexism, companies who treat their employees like garbage, and some of the most insulting ad campaigns of all time. For every person that’s trying to make a difference for equality and tolerance, we’ve got rape jokes during a televised E3 press conference to counter it. For every person who tries to open an honest discourse and debate about the nature and quality of games, we’ve got jerks who blindly insult anyone who comes within line-of-sight of their scathing sarcasm — plus a million trolls all sounding off in unison with everything from racial epithets to death threats because the way that someone programmed some zeroes and ones wasn’t in the exact order that they wanted it. No wonder we have people like Roger Ebert saying that video games aren’t art. I absolutely do not agree with him, but it’s really hard to even have that argument when everyone’s calling each other “fag” because the color scheme for Diablo III is brighter than Diablo II.[singlepic id=14787 w=320 h=240 float=left]

We live in an incredibly exciting time. Virtually anyone with a computer, a few dollars, and some time on their hands can — and do — create a fantastic video game and sell it to anyone who wants to play it. Why can’t we harness this passion for good and create a community that engenders good will, honest discussion, collaboration, and introspection on not only life, but the very nature of video games, much like the French accomplished with film in the 1960s and 70s during the French New Wave? Why does every discourse have to result in matriarchal sexual accusations and homophobia? All of the bile and wretchedness of humanity somehow desires to congeal around the act of moving colored pixels around on a television screen for personal entertainment. Why do people insist on getting so worked up and abrasive over something that should be bringing people together?

It’s time for video games to grow the hell up. Or else no one is ever going to take us seriously.

I've been gaming since my dad made the bad decision of buying me a Nintendo when I was four years old. Every day I'd find myself with my face glued to a TV screen, punching away at buttons, getting furious with Bowser, Dr. Wily, and those freakin' birds in Ninja Gaiden. Since then I have failed to get my parents to play any board game with me, I sold my full copy of Earthbound with box and guide for $300 to some dude in Austria for rent money, and I still believe in Nintendo even after all these years.
Related Articles: Fez
Share
Tweet
Share
Submit