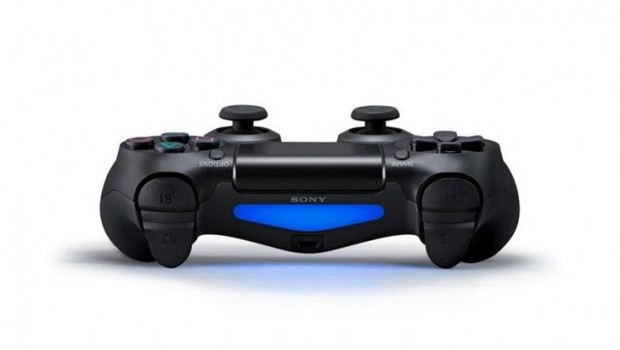 On a chilly night in Manhattan, press from around the world gathered at a Sony press event to witness the unveiling of the console maker’s next pursuit: The PlayStation 4. The event was a media spectacle, as some of the key players in the console’s development took to the stage to talk goals, services, hardware, and of course games. The reception was mixed, which sounds worse than it really is – this is a precarious time for the video game industry and no one can quite put their finger on what it’s going to take for the next round of top shelf consoles to succeed.

If you had to pick a group and label them as “most disappointed” with Sony’s unveiling, it would be the shareholders. Stock in the company dropped nearly 2% after the PS4 was announced, and it’s difficult to say what the company could have done differently to appease investors. My guess is it had to do with a lack of clarity in Sony message, I’ve seen a lot of wrong assumptions being made on message boards, social media feeds and the like in regards to what exactly the PS4 has to offer. For example, a friend of mine on Facebook deemed the PS4 a failure because it wouldn’t play physical media. What? That’s not the case at all, he obviously didn’t read the spec sheet which lists a Blu-ray/DVD player. But then again, the average gamer probably wouldn’t read a spec sheet, so it goes back to what I said about lack of message clarity.

Another possibility is the games that were shown, or lack thereof. Frankly, Killzone and inFamous are not system sellers, despite the awareness gamers have of those brands.While there were certainly some interesting games on display, there wasn’t a killer app that that ignited an impulse in everyone to pre-order the system. Let’s also not forget that there’s a layer of ambiguity surrounding two very important details of the release: there was no physical representation of the console itself or a price tag. It’s hard to get excited about a product before you have any idea what it will look like or what it will cost, despite Sony’s conjecture that “it’s just a box” when questioned about the console’s absence at the press event. This is most likely a strategy on Sony’s part to hold back enough to still be disruptive later when Microsoft unveils their next machine. Or at least I hope it is.

As much as the cynic in all of us is tempted to come down hard on Sony for not giving us everything our hearts desire in a video game console (that’s not too much to ask, is it?), the reality of it is that Sony showed incredible growth in regards to understanding what user and developer expectations are in today’s quickly evolving industry. Conformity of the system’s architecture, a platform ecosystem that caters to small and indie developers, a streamlined user interface that gets the player into the game as quick as possible, and a “social” experience that gamers might actually care for are all signs that Sony has it’s ear to the streets.

Can’t we all just get along?

We all figured that Sony would produce a powerhouse; they’ve never put out a console that wasn’t leading-edge in the hardware department. The problem with PlayStation line of consoles has never been output, but rather, input. The esoteric doctrine of programming for a Sony console has been a boon to developers who, as it has been well documented, are forced to battle a steep learning curve in order to figure out how to code for it. This time around, with Mark Cerny playing the role of system architect, the PS4 is more like a PC – and a very powerful one at that. With a conforming system architecture, developers can focus more on content rather than navigating the complexities of the system.

It also means that games can be completed in a shorter amount of time, and that a multiplatform game won’t likely perform poorest on the PS4, which is a position the PS3 consistently found itself in (I’m not counting the Wii in this case, obviously). Need an example? Consider memory intensive games like Fallout 3 and Skyrim, both games are plagued with performance issues due to the PS3’s meager 512 MB of memory. Granted, while the Xbox 360 also has 512 MB of memory, since the memory is shared (the PS3’s isn’t) the developer has more control over how the memory is proportioned and thus the 360 versions of Fallout 3 and Skyrim didn’t run into the same problems. But I digress, the point is that the PS4 is well-equipped and with 8 GB of system memory you can bet the next Elder Scrolls game is going to run into much less turbulence.

Come one, come all

Aside from catering to big-budget AAA games, having a platform that is more accessible to indie and small developers is crucial. Gamers aren’t just interested in games like Battlefield and Mass Effect anymore. Games like Minecraft, Journey, Hotline Miami, Mark of the Ninja, and Torchlight are now critical elements of the “video game experience”. The PS3 did a decent job bringing some of these obscure games to the forefront, however, compared to Steam it’s not nearly as easy for a small team with limited resources to put a game out on PSN. Sony recognizes the importance of being an “open” platform for developers, but the challenge seems to lie in getting the dev tools into their hands. Sony doesn’t appear to have a set in stone strategy on how to overcome these barriers to entry, but at least they recognize it, and at least they appear to be working on it. Shuhei Yoshida, another big player behind the PS4, envisions a software driven development environment which would remove many of the barriers to entry.

Sony also talked about enabling developers to utilize non-traditional business models such as episodic and free-to-play. Indeed, this is another area in which Steam excels and that the PS4 will need to support if it doesn’t want to miss out on potentially lucrative and audience expanding opportunities. And hey, it might even make Gabe Newell happy. Games like League of Legends, Planetside 2, and Team Fortress 2 should absolutely have a future on Sony’s console. If Sony lives up to their promise of seeing these types of games thrive on the PS4, it will attract a huge demographic of gamers that otherwise would not have batted an eye in the system’s direction.

With such a large and rapidly growing amount of people who enjoy playing video games on a variety of mediums, it’s becoming increasingly challenging to satisfy everyone. Okay, there’s no such thing as satisfying EVERYONE, but you can certainly try to please as many people as possible. So what’s the best way to do this? Give users the Apple experience. Sony finally seems to understand that a seamless and friendly user experience can be the difference between someone turning on their iPad instead of their PlayStation. The PS4 removes the boot process of yesteryear and is now more akin to a tablet, the console will “suspend” itself in a low power state rather than turn off, so you can jump in and out of the system with minimal wait time. If you suspend the system mid-game, you can hop right back in where you left off.

Another way Sony gets the system out of the way of the player is through cloud streaming.There was a reason Sony paid $380 million for cloud gaming service Gaikai and one of the best reasons is for the ability to stream digital content. If you want to play a game demo or even a full game through PSN, you won’t have to wait for the entire download to finish before playing. You can play the game “instantly”, according to Sony, and the remainder of the download will continue in the background as you play. This is a far cry from having to deal with installs and patches before being able to play your game.

Lastly, there’s the social experience which Sony has said would be “the first social gaming network with meaning”. This one is extremely tricky because everyone seems to have their own definition of “social”. What does it mean to you? Does it mean posting your high scores to Facebook and Twitter? Does it mean sharing content with your friends? Does it mean giving your friends easy drop-in access to your multiplayer game? It could mean all of this, essentially, and the good news is Sony is prepared to serve each front. The real question is how they can offer an experience tailored for the individual gamer’s preferences, rather than barraging them with features and notification pop-ups that prove a distraction.

Sony discussed numerous ways in which the PS4 will offer a meaningful social experience, and quite frankly I was impressed with what I heard. The new DualShock 4 controller features a “Share” button that will allow players to capture video of their gameplay, edit it, and share it online. Anyone who has ever been passionate about a competitive multiplayer game knows that there is no greater trophy than having your accomplishments captured on video for the world to see. On the single player end of the spectrum, you could use this to show your friends how to win especially tough Trophies, for instance. You’ll also be able to broadcast your gameplay in real-time and post comments while your friends watch, bringing an eSports level of spectating to every game on the system.

Sony has a tremendous opportunity to win back the hearts of gamers with the PS4. However, execution is where it counts and what is promised today will not necessarily be a reality tomorrow. The key points that I’ve outlined will put Sony in a position to justify itself in the mind of the consumer at a time when there is more competition than ever. It’s not just Sony Vs. Microsoft and Nintendo anymore. Today, it’s Sony Vs. Microsoft, Nintendo, Apple, Ouya, Valve, Google, and every other company that is vying for the consumer’s digital entertainment dollar. The good news is that now, in addition to the legion of gamers who still live for that core game experience, there is a new group of casual gamers who simply didn’t exist a handful of years ago. Sony needs to be smart about marketing to both groups, they need to be cognizant of their unique desires, and they need to deliver. Otherwise, this may very well be the last traditional video game console they produce.