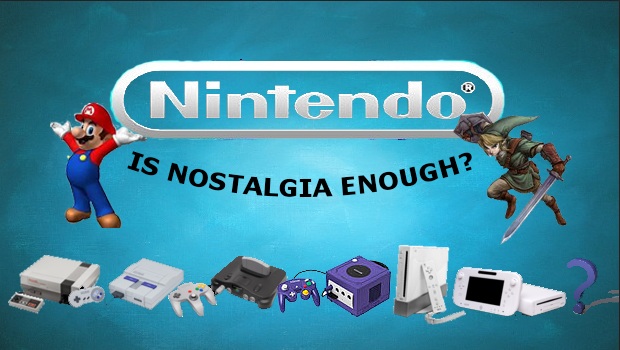 In 1985, Nintendo saved the video game industry. The early 80’s saw hundreds of low-quality games flood the shelves, eroding consumer confidence. Far too many consoles were released far too often, fracturing the market into near-nonexistence. Sales plummeted 97% in the space of two years, and the impact had some companies like Atari literally digging their own graves. The gaming market had crashed and burned. And then, out of the ashes, came the NES.

The NES hit stores in 1985, and by 1988 video games were once again a multibillion dollar industry (from a low of around $100 million after the crash). Nintendo had captured 70% of the console market, presumably by learning from the failures of their predecessors; then-president Hiroshi Yamauchi said in 1986, “Atari collapsed because they gave too much freedom to third-party developers and the market was swamped with rubbish games.” Nintendo hoped to counter this by limiting the number of third-party titles for their console, focusing on producing their own first-party games instead.

It was a smart move at the time, and it worked. Along with the NES itself, franchises like Mario and Zelda went on to become gaming icons. This success carried into the next generation, and even into the first handheld wars. Nearly three decades later, and the mark left by Nintendo with their industry-saving console and memory-creating first-party titles remain. We just can’t shake the nostalgia.

So what went wrong?

“Wait, what?” You ask in protest. “The Wii totally dominated this generation in sales!”

And you’re right, of course. But who are they selling to? Somewhere along the line, something changed. Nintendo went from being the console, from targeting the “core” gamer market, to being host to a library of games like this:

Don’t get me wrong, I don’t begrudge anyone their Ninjabread Man or Wii Jenga, and the console certainly has its gems. Super Smash Bros. Brawl, Zelda: Twilight Princess and Skyward Sword, Metroid Prime 3, Mario Kart Wii, Super Mario Galaxy, and so on…all great games. They’re also all Nintendo franchises; with a handful of exceptions, the Wii library is woefully lacking in quality third party games. Except for the first two Just Dance games, the Wii’s 25 top selling titles were all developed in-house.

A console centered on solid first party titles might have been a major selling point back in the 1980’s when most third party titles were “rubbish”, but times have changed. These days we have third party games like Far Cry 3 and DmC, and Nintendo is being left out of the loop. The Wii alienated a lot of talent with its lack of third party support and weaker hardware, in turn alienating a lot of Nintendo’s former audience.

How many people view the Wii’s target audience.

In a way, Nintendo has gone from having exclusives to being exclusive, existing in a limbo between this generation and the last. For the past few years, it’s been common knowledge that a game set to release on “consoles” is coming to the PS3 and 360. The Wii, shoehorned into being for “casual” players, wasn’t included. Its successor is already falling into a similar trap, where Sony and Microsoft’s upcoming hardware are “next generation” and the Wii U is just…there. How does Nintendo get back in sync with its competition?

Yes, the Wii’s use of motion control was innovative and yes, the Wii U’s gamepad has the potential to break new ground as well. But where Nintendo really needs some innovation is in the games department. They should know as well as anyone that it’s the games that sell a console, and there’s no point in rolling out new hardware gimmicks if there isn’t a library of quality titles to drive sales. Mario and Zelda can only carry a console so far until nostalgia ceases to be enough.

Are we reaching that point? The Wii generation saw Nintendo posting is first financial losses since its industry-saving rise in the 80’s. Wii U sales projections have been slashed by 17% for this year in response to disappointing sales so far. Of course, Nintendo still remains an industry leader; just look at how Sony and Microsoft followed suit with motion control. Nevertheless, staying competitive won’t come easy without some changes in their approach.

Nintendo offers gamers something new. WIll they take it?

Existing games like ZombiU and upcoming titles like Lego City Undercover and Bayonetta 2 give a glimmer of hope for the Wii U, but soon Nintendo will have to make a choice. They can reach out to third-party developers, maybe bring out some new IP of their own, and give gamers a good reason to buy a Wii U. Or, they can back out of the console market after the Wii U and focus on their strengths in software and handheld development instead.

I think gamers everywhere, console war allegiances aside, would definitely prefer the former. Nintendo has contributed a lot to the gaming world, and despite the fact that my Wii has spent a lot of time gathering dust over the past few years, I’m always excited to see what they’ll come up with. I just hope that the next thing they come up with is a way to save the Wii U.