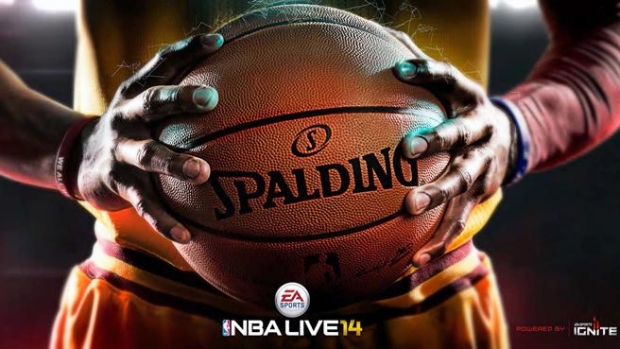 The story of EA Sports and their failing basketball franchise is one that is well known within the games industry. It’s developed to the point where it was becoming the butt of many jokes: “When’s the new NBA Live/Elite coming out?” “Never.” (As you can tell, my sense of humor is quite diverse and filled with comedic joy.) But this year was supposed to be the year that Electronic Arts would change all of that. They’d reboot the franchise and make us all forget about the debacle that was NBA Elite. Unfortunately, as the release date for NBA Live 14 nears, it’s beginning to look like we may be partaking in the same old song and dance.

[singlepic id=16683 w=320 h=240 float=left]NBA Live 14 is the only sports title releasing exclusively on next-gen consoles, which is at least one bullet point they have over the competition — the competition, of course, being NBA 2K14 which released a little over a week ago to some very positive reviews. This is unsurprising as the 2K series has long been thought of as one of the best sports franchises out there, which is possibly one of the many reasons why Electronic Arts has been hesitant to release a new installment in the NBA Live franchise.

From simply playing NBA 2K14, it’s clear that if NBA Live wants to succeed, they cannot position themselves as a direct competitor to 2K. That would be an unwinnable fight as the 2K series is so experienced and has clearly positioned itself above any and all of the rest. NBA 2K has improved drastically since the last NBA Live was released and it continues to do so on a yearly basis. NBA Live has to bring something new, something that hooks us immediately.

The unfortunate point is that we’ve yet to see a single glimmer of this “something new.” But it isn’t just the lack of a huge, ground-breaking feature; the major issue is that we haven’t seen nearly anything at all for NBA Live 14, a tell-tale sign that the product may not be the reboot that EA and many others have hoped for. Since its “announcement” back at E3 (where they brought Cleveland Cavs player Kyrie Irving out to stand awkwardly and hold a basketball), the most we’ve seen of the product was one lonely trailer, something we’ll hit on in just a bit.

The lonesome trailer wasn’t all the media we’d received, though; we were also treated to a nice little screenshot. The screenshot, one that is positioned above, shows Trail Blazer Damian Lillard taking a jump shot over the aforementioned Mr. Irving. It’s a screenshot that admittedly looks pretty good, but we just wanted to see more. Since that screenshot was unveiled, we have seen a few more shots of NBA Live 14, but none of which showcased any actual gameplay. Typically, they were just some sweaty shots of Kyrie Irving being Kyrie Irving.[singlepic id=16681 w=320 h=240 float=right]

Now for the 50-second first-look teaser trailer, which is played over Action Bronson’s Strictly 4 My Jeeps. Electronic Arts has figured out how to get to my heart, and that is by using Action Bronson whenever possible. For the actual gameplay, though, not much was shown. It begins with a tip-off as the ball heads to Kyrie and he starts to point towards defenders ahead of him. He then casually drives forward as the camera zooms in and out while he handles the ball, showing off the insane detail that NBA Live may possess. The trailer then ends with a “to be continued…” as Kyrie is about to either dunk or lay it up over the Knicks’ Amar’e Stoudemire.

There’s no doubt that this teaser is absolutely gorgeous, but it remains a worrisome bummer that no real direct gameplay was shown. At the beginning of the trailer, you see the “Actual Gameplay” watermark appear, but there’s no telling what that actually entails when the thing we’re watching is clearly not what will be played by gamers. Let’s just hope that when we do get our hands on NBA Live, it will look that good when we also drive on Mr. Stoudemire.

Though it could be called reading too much into things, the “bulletpoint” features for NBA Live 14 seem a bit odd as well. By odd, I mean that they are things that we just expect to be in new-age sports games, not some special inclusion. For example, EA’s website states in their article revealing the previously mentioned trailer, “The development team scanned the real NBA arenas and paid attention to every last detail in bringing the arenas to life.” It would be a disappointment had they not, and that also goes for their statement of “With the power of next-gen, you can see the emotion and focus of every big moment in the faces of the players…” as well.

[singlepic id=16684 w=320 h=240 float=left]That being said, one thing really caught my attention: “Players react realistically and intelligently to everything on the court. Big men fight for position in the post and perimeter players smartly space the floor to stretch the defense and open up shot opportunities.” That’s one thing that the 2K games have been severely lacking. I couldn’t count the amount of times my shooting guard has randomly swapped who they were defending with the Center, leading to a severe mismatch in the paint. While I stand by my belief that Live can’t directly compete with 2K, it can definitely improve on some of the small things that 2K does poorly.

I’m fully aware that NBA Live 14 could still come out and be the best thing since sliced bread, but we’ve all been through this too many times to garner too high of hopes. At this point, a little more than one month from release, it definitely seems like EA will actually go through with releasing NBA Live, which is one positive. NBA Live 14 is without a doubt an intriguing next-gen product, but can it deliver? After a steady decrease in push from EA, it’s beginning to feel like we can assume what the answer will be to that. Time will ultimately tell as NBA Live 14 releases on November 19th for the Xbox One and PS4.

Until then, fingers crossed! 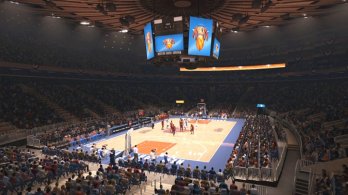 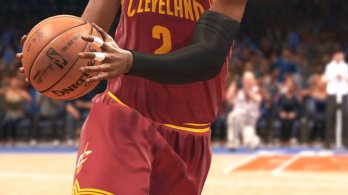 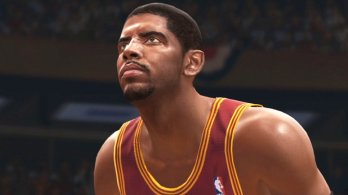 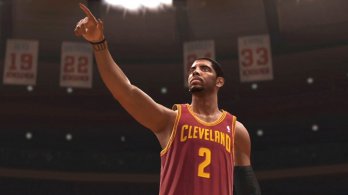 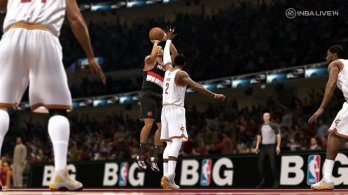