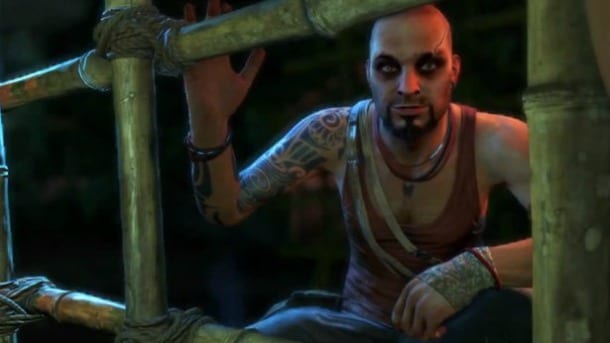 It’s that time of year again, when we put down the controller for a bit and bicker and argue over exactly which game was the best of the best. While none of us got into any fight fights or flame wars, we’ve put aside our differences long enough to come up with a list of games that we think deserve special recognition. Starting today at 9am MST, we will be rolling out our nominations, starting with less conventional categories.  Keep checking back every three hours for more nominations, all leading up to our announcement of our favorite games of the year. Did we forget one of your favorites? Email me at [email protected], and we’ll make a special shout out for you.

Sometimes it takes a special someone to save the day. These heroes stepped above and beyond the call of duty, creating memorable attachments between game and player that no other game did this year.

Every hero needs a villain, and these baddies chilled our blood and struck fear into our hearts. Their motivations were both despicable and believable, and were worthy of a special mention.

Biggest WTF Moment in a Game

Certain games pride themselves on twisting gameplay experiences, transforming the conventional to the exceptional. These games absolutely wowed us with their ability to surprise us, even after we feel like we’ve seen everything.

The first six chapters of Assassin’s Creed III — Throwing not one, but two total curve balls within the first few hours of the game, Assassin’s Creed III made us actually shout “WTF?” at our television screens.
The opening moments of Far Cry 3 — A montage of a tropical getaway featuring the most privileged jerks in the world quickly turns sour as Vaas demonstrates the severity of what we’ve gotten ourselves into.
The dark choices made in The Walking Dead — Some of the choices we made in The Walking Dead were self-serving, some were harrowing, and most were bad, but they defined what we wanted our version of Lee to become.
Using white phosphorous in Spec Ops: The Line — Forced to unleash white phosphorous to rain death on soldiers and civilians alike, this scene is a devastating reminder that war makes hollow shells out of the men and women who fight them.

These nominations showed great promise, but ultimately failed to live up to their potential. For that, we award them with this dubious honor.

007 Legends — What should have been a knock out of the park quickly becomes an exercise in boredom. It turned the suave and debonair James Bond into a Call of Duty-wannabe while absolutely ruining the movies it was supposed to be honoring.
Assassin’s Creed III — Assassin’s Creed III’s gameplay is sound, but it was far too ambitious for its own good. Debuting with a new engine on a seven year old console while maintaining the one-a-year development cycle meant sacrificing graphical fidelity and stability for actually releasing the game on time.
Diablo III — While Diablo III was a solid game, there was no way it could have possibly lived up to thirteen years of hype. An over-reliance on the auction house, uneven difficulty levels, and no real drive to keep playing after beating the game saw players leaving in droves after the first or second playthrough.
Steel Battalion: Heavy Armor — This should have been awesome; a combination of Kinect gestures and controller inputs to simulate manipulating a giant battle mech without having to buy a dedicated controller unit. Too bad the game was absolute garbage.
The Wii U’s Tepid Launch — While the Wii U itself is a decent piece of hardware, there isn’t one real system seller out of the entire launch lineup. Consumers noticed this, and responded accordingly; within the first week of sales, the Wii U only sold around 400k units, while the Xbox 360 — a system that has been around for over seven years — sold 750k over a weekend.