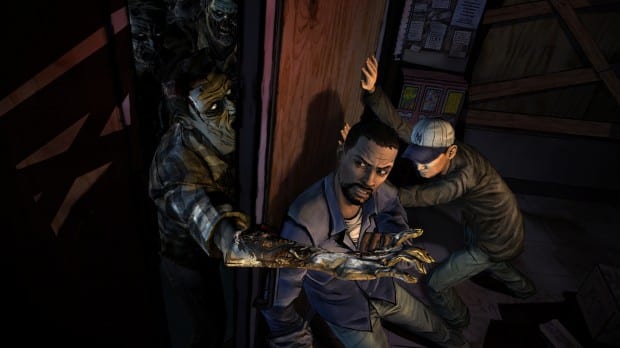 It’s that time of year again, when we put down the controller for a bit and bicker and argue over exactly which game was the best of the best. While none of us got into any fight fights or flame wars, we’ve put aside our differences long enough to come up with a list of games that we think deserve special recognition. Continuing our countdown are the nominations for the best games of their respective genres.  Keep checking back every three hours for more nominations, all leading up to our announcement of our favorite games of the year. Did we forget one of your favorites ? Email me at [email protected], and we’ll make a special shout out for you.

Massive worlds filled with countless quests, dozens of hours of gameplay, and crafting a character how we want to play: these RPGs let us do all of that and more.

These games brought us a taste of war like no other before them, and some of them feature worlds that rival some of the biggest RPGs out there.

While most of us will never get behind the wheel of an expensive automobile, these games let us have the chance to careen down a track at hundreds of miles an hour.

It’s one thing to be an armchair quarterback, but these games let us put our money where our mouth is, and prove once and for all that our favorite teams would absolutely do better if we were in charge.

Exploration. Puzzle solving. Decision making. These games have it all, and then some.

While we don’t condone actually beating up on friends, we absolutely stand by using these games as a way to settle your differences.

Need a real challenge? Why not try out one of these brain benders? Just watch that your mind doesn’t become mush afterwards.

Step into the shoes of the commander and prove you have what it takes to lead with this fantastic strategy games.

Like making friends? How about a few million? These games allow us to interact with countless people without leaving the house. And by interact, we mean shoot, stab, or blow up. These games make staying indoors for a few days (or weeks) that much more enticing.

Lots of games use multiplayer simply as a marketing bullet point on the back of the box. These games proved it could be so much more.

Indie gaming has surged in popularity over the last few years, bringing us into a golden age of self-created and designed games. For every AAA title, there are a dozen or more scrappy independent studios coming up with newer, more inventive ways to play. These games deserve every bit of the limelight they’ve received.

Some games are content with throwing out a few player skins or downloadable weapons for a quick buck. These games decided to go a bit deeper than that and give substantial add-on content for a reasonable price, adding more longevity to these already massive games.

2012 has seen numerous high-definition re-releases of old games. These nominees prove that some old games never go out of style, and add a brand new coat of paint — and sometimes, a little extra.