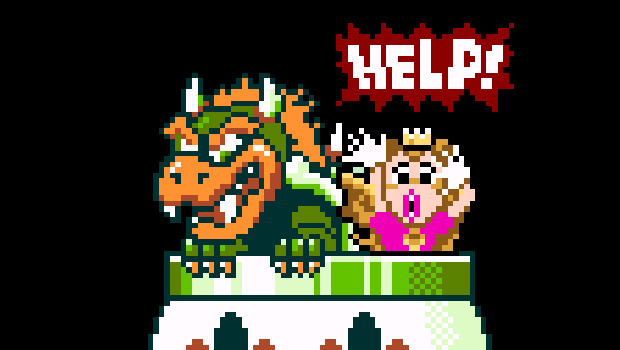 We’ve all wondered, wouldn’t it be fun to live in the Mushroom Kingdom? Poppin’ goombas, kickin’ koopas, and making snowmen in the Freezy Flake galaxy seems pretty exciting.  But I’m here to tell you that the answer is a resounding “no,” and here’s why.

How many times have you heard about a political leader being kidnapped in the real world?  Probably zero, right?  Can you imagine the insane shitstorm that would occur if it ever actually happened? Now imagine if it happened on an annual basis. Political actions couldn’t even begin because once it starts looking promising that the law you proposed to ban red shells from schools is about to be passed, your main political figure is kidnapped and you have to start from square one.  Of course, the whole kidnapping thing makes sense when you consider the Mushroom Kingdom’s most powerful figure.

Princess Peach seems like a fine person.  She makes cake, lives a seemingly reasonable lifestyle (aside from the kidnappings,) and enjoys her time away from the castle doing wholesome activities like golfing and playing tennis. But a superior leader she is not.  Have you ever seen Peach make one decision that shaped her kingdom’s future?  Does she have any long term gameplans?  I doubt it; it just seems like she sits in her castle, waiting for her plumber guardian to go out and crush the evil that’s constantly spreading and building castles in her area of reign.

The fate of the world in the hands of a plumber

This dude enacts justice readily and steadily, eliminating all of your mutual threats wherever they stand.  Seems like a pretty great guy, until you exit your hut and see him snagging up all your hard-earned coins, bashing all the blocks you’ve painstakingly laid out, and even walking into your own home and opening up your chests.  But even though he’s a thieving, property-destroying asshole, let’s hope he doesn’t use a warp whistle to skip saving your world from oppressive tyranny that surrounds you because…

Look at these pixellated cuties.  Now imagine them sitting in front of you, trudging back and forth, patiently awaiting your next move. Even one touch from their terrifying claws spells death to anyone foolish enough to get close, which brings me to my next point.

One touch and you’re dead.  Around every corner, there could be a horrible monster waiting to pounce on you, or just your waiter rounding a corner with a tray of delicious mushroom pie, either way, a simple bump spells your doom. No wonder everyone in the kingdom just walks back and forth — doing anything else is hazardous to your health!  Unless, that is…

Everyone is on drugs

The only way to survive those light taps in the Mushroom Kingdom is to be on some mad dope.  And I’m not talking about mind altering drugs either, these are drugs that change your physical properties.  Good luck getting your teenage kids to focus on their studies when they can just pop a fire flower and just start torching all their problems away.  And drugs seem like the only way to get through the horrifying grind of your everyday life, which would entail…

But wait, isn’t there kart racing and tennis playing? Fun mini-game challenge amusement parks? Sorry, but these luxuries are for the few elites that exist in the world of the Mushroom Kingdom.  Do you and your koopa pals wanna shoot some hoops this Friday?  Sorry! The only basketball court in your world is being used by six of the most ball-hogging players of all time.  All you get to do is watch and cheer as the 8 or 9 elites duke it out in, well, whatever sporting event they’d like.  When you go home after watching a rousing 100 turn marathon of Mario partying with his buddies, don’t expect to get any sleep because…

Sure, it’s cool and catchy when you’re hopping and zipping through the world at Mario-level speeds, but what about when you live in world 3-1?   What if you’re going through an argument with your wife? And don’t even get me started on the numerous funerals you’ll be attending because of point five. It doesn’t matter what you’re trying to do, the cheery deets and doots of the Mushroom Kingdom are constantly grinding against your ears.

Sorry if I crushed your dreams of riding down flag poles, folks, but I hope you can go on knowing that, while your existence in this world might not be all that great, you can rest assured it’d be much worse standing next to Mario and his pals.