It’ll probably be a week or two before I feel familiar enough with the new Gods & Kings expansion pack for Civilization V to decide whether I like it or not.  4X strategy games are kind of like that.  You want to play multiple games at different settings to get a fair sense of how things work, and when each one can take as long as the average adventure game to complete, time is not on your side.

Eight hours in, however, I think it’s fair to start talking first impressions.

My first goal is to learn how religion has been added to the mix, and a quick look through the nine new civilizations suggests that the Celts are a good place to start learning.  Religion is unlocked by cultivating Faith among your citizens, and the Celtic racial power generates extra Faith for every city that preserves a tile of virginal forest next door.  Their early game strategy is pretty clear: found as many cities in as many forests as possible to maximize their bonus, and once they’re out of space, start making the most of the bonuses their Pictish Warriors get for going on the offense.

Settled on the banks of a vast riverside forest, Edinburgh generates enough Faith that the citizens establish a Pantheon of the Gods ten turns later.  It isn’t a full-blown religion, not yet, but it does unlock my very first Faith-based bonus for my people.  In an earlier game, I chose to worship the God of the Sea to get bonus production out of all the fish, crabs, and clams I could see right off shore.  Neptune ignored my pleas to smite the Incas before they could ransack my capital, however, so this time I pick the God of War so I’ll earn extra Faith whenever I win a battle within four tiles of my cities.  There’s a great benefit to being first here because all these religious tenets are strictly on a first come, first serve basis.

[singlepic id=7891 w=320 h=240 float=right]I positively love this element of Civilization V.  Already, my Celts are developing a personality that distinguish them from every other race on the map, and by plumbing the Honor bonuses in the Social Policies tree, I can continue to hone my people into an elite nation of holy warriors bent on spreading their doctrine with every sweep of their blades.

Except that doesn’t happen.  Whoops!  Through sheer luck of the draw, my people appeared at the dawn of civilization on a moderately sized continent with no one but a lone city state for company.  The Honor skills still help eradicate the barbarian population, but I adjust my strategy by emphasizing Liberty for all the expansionist rewards it offers.

The more cities I found, the faster Faith comes blossoming out of their adjacent forests.  Shrines and temples amplify the people’s devotion even more until a Great Prophet arrives at the walls of Edinburgh to codify their beliefs into a full-blown religion.  It’s a lot like establishing a pantheon all those turns ago, except that in addition to a fresh new power that’ll apply to every city under its sway, I’ll also get a special Founder’s bonus that compounds in potency with every new convert.

I think I like the way religion spreads across the map.  Expending Faith points to buy Missionaries directly means I don’t have to interrupt my cities’ normal build queues just to spread the Good Word, and citizens will automatically proselytize to neighboring settlements with increasing fervor as their numbers grow.  There’s also a clear system for winning over a majority of the local population that makes large metropolises more influential and stable than small towns.  At this point in my playtime, however, I don’t yet have a sense for when the theology war is worth waging; whether the strategic benefits are worth the investment necessary to maintain greater dominance than AI nations that will aggressively try to spread their own beliefs.

[singlepic id=7894 w=320 h=240 float=left]Yes, my Celts do find foreign nations thriving on other continents around the globe.  Austria seems particularly dedicated to unifying everyone the world under their religion and swiftly reverses my every attempt to supplant their influence with more neutral players.  Egypt has also founded a religion and shared it with a mosaic of allied city states, showing that the original civilizations have at least a functional grasp of the newfangled rules.

That includes espionage, a second major game system added in Gods & Kings, and one that I’ve only just started to delve into.  My only impressions so far are that the simple, menu-driven interface seems like a tremendous improvement over the micromanagement tedium of maneuvering spies in Civilization IV, and the AI really, really likes to rig elections in city states to steal approval away from one another.  Seriously, Warsaw has flipped allegiances something like seven times in the last twenty turns, sometimes multiple times in the same year.

Finally, I’ve been really pleased by the score of interface improvements I’ve discovered along the way.  Computer players will now offer an instant renewal of expiring trade treaties rather than waiting for you to renegotiate them manually.  Notifications pop when an AI leader takes a social policy that somehow impacts you.  Ranged units can fire from inside cities while remaining garrisoned, and the ability to stack naval units with embarked land units is a godsend for managing naval escorts.  With all these little tweaks working together to purge irritations from the game, the turn-by-turn play already feels substantially smoother than the version I was playing a week ago.

[singlepic id=7893 w=320 h=240 float=right]Gods & Kings has rejuvenated my enjoyment of Civilization V in a major way.  How long this lasts is still contingent on things I haven’t been able to discern yet, like whether or not the AI understands how to pick religious perks that benefit its situation, or how all the new luxuries and happiness-generating city states affect the balance of governing a large empire.  I’m also unable say anything comprehensive about the quality of the tactical AI in a game that has been largely free from conflict, except to say that barbarians seem dumb as rocks and, in one aborted game, the Incan civilization absolutely demolished my own in a Bronze Age war.

As in Civilization itself, time will tell. 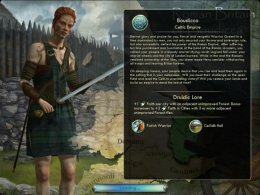 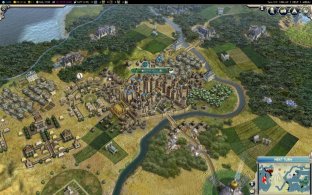 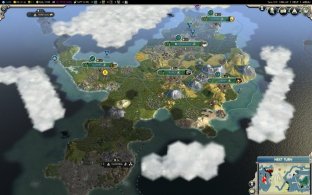 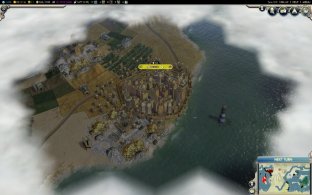