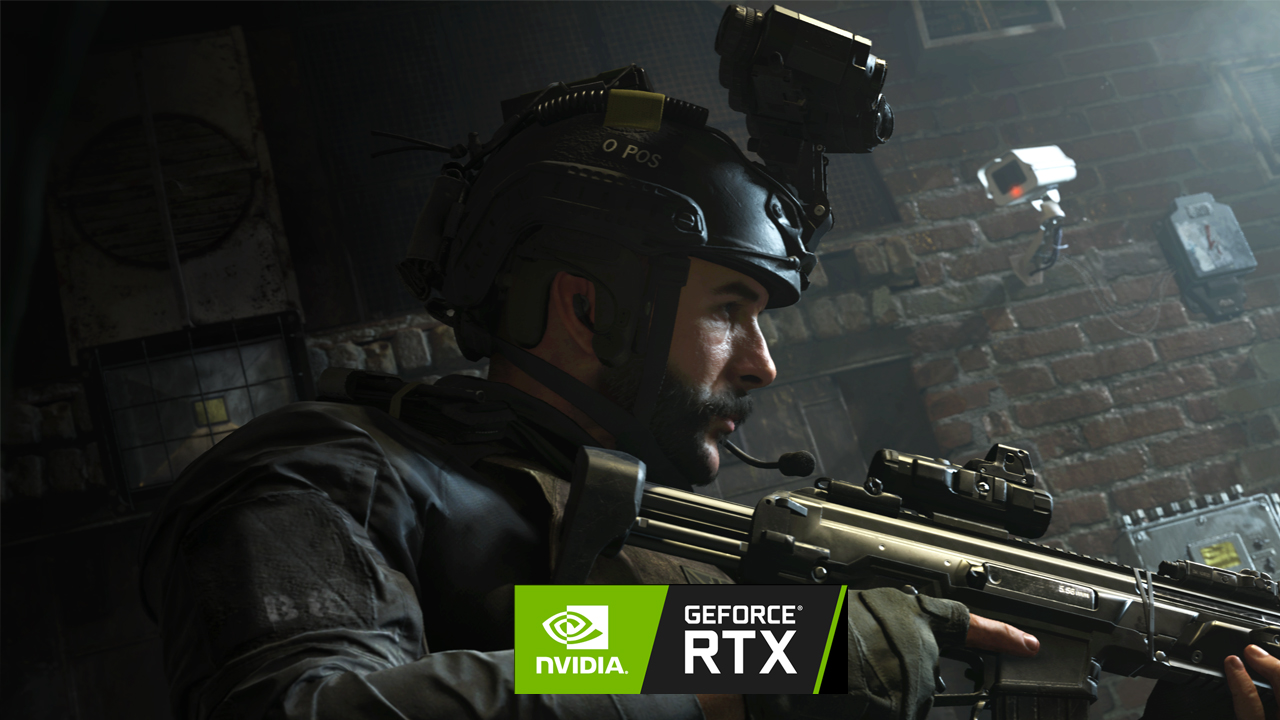 Let’s be clear — Call of Duty: Modern Warfare looks absolutely gorgeous on any platform. We took videos of the first two missions of the campaign as part of our review coverage on console, and you can see the incredible care and attention to detail the team at Infinity Ward put into this complete remastery of arguably the best Call of Duty game to date. That said, two things made it immediately clear that I’d be playing this iteration on PC — real-time ray tracing (RTX) and cross-play. I’m not going to rehash Griffin’s review, but instead enumerate the ways that the PC version differs from its console counterparts.

If you are unfamiliar with RTX, ray tracing, or why both the PlayStation 5 and Project Scarlet (the next generation of hardware from Microsoft) have already announced this technology as a staple of their new hardware, let me give you a quick layman’s primer.

Ray tracing is the way rendering pipeline in any game delivers graphics to the screen, and then lights it in a realistic way. Until recently, this was simulated with lights and shadows carefully created, placed, and balanced by skilled coders using rasterization and shaders, and then hoping that the end result will fool the eye. Worse still are reflections that can be viewed from many angles, and have to reflect the world around that object in a way that is distorted enough to be a reflection, but realistic enough to be a mirror-like representation. Ray tracing, on the other hand, simulates every light source, tracks that beam of light through the world, computes realistic shadows and reflections, and blends it together in an incredibly realistic way. If that sounds incredibly difficult and expensive in terms of GPU cycles, you are dead on. NVIDIA tackled this problem with their RTX line of graphics cards

Up till now, graphic houses like Blur, Pixar, and Dreamworks have utilized ray tracing in their movies and trailers. While the results are eye-poppingly cool, nobody wants to wait 30 hours for a single frame to render. Real-time Ray Tracing would take that impossibly-long task and somehow manage to do it on the fly. While RTX won’t deliver Pixar quality to your desktop in real time, it does manage to handle all of the light sources and shadows you’ll find in a game. God-rays, wet streets, gore, realistic shadows, dust motes in light, and much more can now be rendered in a rich and warm way that was simply impossible till now.

With the technical word jumble behind us, let’s fire up the game and get a good look at gameplay at 4K resolution, Ultra settings, and with RTX turned on, using the following specs:

As you can see, RTX is on display in a major way from the opening seconds of gameplay. As the team approaches the base, light streams in from the moon, cutting through the tall trees in a way that looks almost real. Hitting the base with an airstrike casts huge fireballs into the air, illuminating the base around it in an orange glow that emanates from the source without simply being a blob of orange light. It bends around the twisted hunk of a nearby truck, and contrails of light are cast off from the flickering remains of shredded trees. Heading into the compound, the enemy shorts the lights and the group is cast in darkness. Turning on their headlamps is a visual feast as the light bends around the boxes and off the metal frames of the shelving system. Fast forward to the unfortunate events in Piccadilly Square and the entire place is bathed in neon lights from above, reflected off the wet pavement. When things go sideways, the fire reflects realistically off the nearby glass doorways and windows. Making your way into the light of day in later levels showcases the way RTX can work in more well lit environments. Sunlight streams through windows, diffusing shadows onto the floor. Open doorways cast light into the room with dust mote particles swirling around to create a very realistic image. It’s clear that Infinity Ward took every opportunity to embrace RTX for their lights and shadows. While the subject matter can be incredibly grim, RTX brings it to life in a far more immersive way.

In terms of performance, you can see the framerate, GPU and CPU timing, and temperatures in the upper left of my entire hour-long video. As you can see, with the hardware I have, I’m able to maintain a near-60fps experience, with the lowest dip being down to 45 when the action got particularly heated. I did this with no changes beyond slamming all of the settings to their highest levels, so with reasonable tweaking and a driver revision or two, I have no doubt that this game will hit the holy grail experience of 4K/60 with RTX enabled.

I could wax poetic on all of the ins and outs of the technical pieces of RTX, but I know my place — the Digital Foundry team have me beat. Below you’ll find their 20 minute long video with a deep dive on the ins and outs of every single setting, its effect, and the visual and framerate impact each checkbox carries. It’s fascinating, for sure, but suffice it to say you should just turn on everything your hardware can afford to push.

As a nice bonus, Modern Warfare also supports NVIDIA’s Ansel tool. For those who haven’t messed with this utility it allows players to pause their game, and using a host of tools and a free camera, dress up extraordinarily high resolution screenshots with post processing tools. If you’ve played more recent games from Naughty Dog, or Spider-Man, you’ve got a good idea of what’s on display here.

Games like Shadow of the Tomb Raider, Metro Exodus, Battlefield V, Control, Call of Duty: Modern Warfare, and Wolfenstein: Youngblood all send a very clear message — RTX has fully arrived, and is not only creating breathtaking visuals, but making our favorite games even more immersive than before. Call of Duty: Modern Warfare is just the latest in a long line of fantastic games with RTX enabled, and with games like Deliver Us the Moon, Dying Light 2, Watch Dogs Legion, Vampire the Masquerade: Bloodlines 2, Mechwarrior 5: Mercenaries, and Cyberpunk 2077 (just to name a few) on the horizon, games have never looked better.

Ron Burke is the Editor in Chief for Gaming Trend. Currently living in Fort Worth, Texas, Ron is an old-school gamer who enjoys CRPGs, action/adventure, platformers, music games, and has recently gotten into tabletop gaming. Ron is also a fourth degree black belt, with a Master's rank in Matsumura Seito Shōrin-ryū, Moo Duk Kwan Tang Soo Do, Universal Tang Soo Do Alliance, and International Tang Soo Do Federation. He also holds ranks in several other styles in his search to be a well-rounded fighter. Ron has been married to Gaming Trend Editor, Laura Burke, for 21 years. They have three dogs - Pazuzu (Irish Terrier), Atë, and Calliope (both Australian Kelpie/Pit Bull mixes).
Related Articles: Hardware
Share
Tweet
Share
Submit