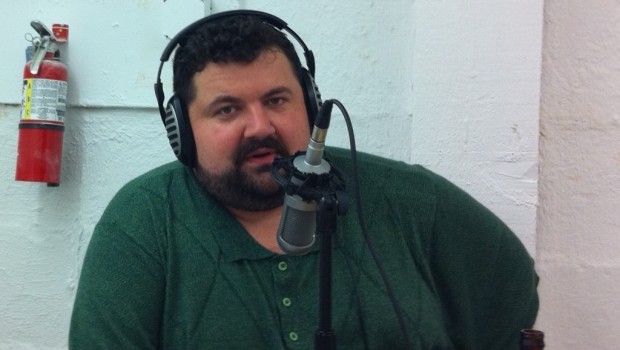 Sadness. Shock. Confusion. These are the emotions that run through a person’s heart when they’ve lost someone that they cared for in some way. I didn’t know Ryan Davis in the traditional sense that I know most of the people in my life, but I did know the guy. I’ve run into him a handful of times over the years – at E3, press events, etc. But more importantly, I’m an avid fan of his website’s podcast, the Giant Bombcast, which I’ve been listening to and have not missed an episode of in nearly four years.

I’m not the first and I won’t be the last person to lament over the loss of Ryan Davis, it’s quite clear that he meant a lot to a lot of people. The day it was announced that he passed away, he was one of the top trending topics on Twitter and the official story at GiantBomb was at the top of the front page of Reddit. Not to mention the sheer number of non-gaming websites that reported the story, like Reuters and, oddly enough, The Christian Science Monitor.

As a long-time listener of the Bombcast and a regular visitor of its companion website, I, along with tens or possibly hundreds of thousands of others formed a bond with with the crew behind the magic. It was inevitable as over the years we’ve been a part of their lives. We’ve been with them for the great: marriage, children, excellent gaming experiences. And we’ve been with them for the non-so-great: shitty roommates, consumption of human milk, illness. But best of all they made us laugh and included us on the inside joke. I don’t know how many times they made me laugh my ass off at moments when I needed it most, like a mundane commute, a boring flight, or a rough day at work.

Ryan had a unique charm about him, I found him to be a humble and compassionate person, always paying respects to those who had misfortune within the industry and thankful for any gratitude sent his team’s way by fans. At the same time he had the mouth of a sailor and was rarely the most politically correct of individuals, I still crack up when I recall the PAX panel where he went off on Leo Laporte. But that’s why we loved him.

What makes Ryan’s passing especially tragic and so difficult for all of us to accept is that fact that he was only 34 years old. It simply isn’t easy for us to comprehend someone dying at that age and it’s a screaming reminder of how mortal we all are. The silver lining in all of this is at least he seemed to love his life, he seemed to be content with his role on the planet, and he left the world doing something he was passionate about. Most of us could only be so lucky, even if we end up going at twice or three times Ryan’s age.

Rest in peace, duder. You will be missed.