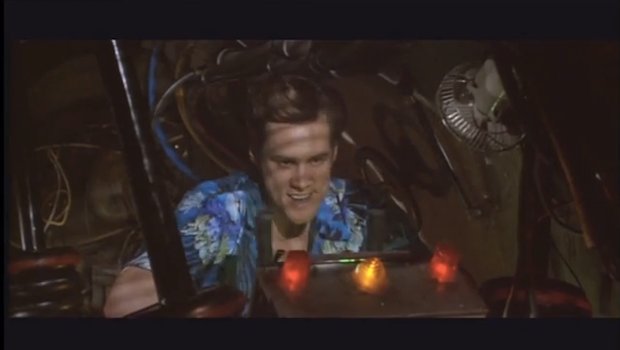 This week in New York it has been crazy hot. Now, I know our fearless leader Ron lives in Phoenix where there’s no shortage of air that feels like a furnace-blast, but we on the east coast simply aren’t used to this kind of misery. I grew up in Maine for goodness’ sake. That being said, there are ways to survive that don’t involve ice baths, trying to climb into my own refrigerator (my wife was not amused – and yes, vodka was involved). Here are five games that I’ve found put me in a mindset where I can either pretend it’s winter, or just otherwise deceive my brain into thinking it’s cooler than it actually is.

Now the reason I chose this one may seem fairly obvious, but I care very little for sports in general – except for hockey. We all know that, besides EA’s dominant franchise, there hasn’t really been another contender in the video hockey arena since Brett Hull Hockey took the SNES world by storm in 1994, but with the advent of NHL ‘94, EA left pretty much everybody in the dust on that front. At any rate, NHL 13 is the newest (and best) possible hockey sim you can buy. Plus, the visual presence of ice makes me happy given the current weather conditions, and helps to fill the gaping hole in my heart that will remain until next season. Highlights include extremely fluid skating mechanics, the ability to rip blistering slapshots, and a pretty decent fight system. Naturally, EA looks to significantly improve most or all of these elements with NHL 14, which is set to hit shelves for Xbox 360 and PS3 on September 10th.

So this is getting pretty specific, as you might’ve noticed, but other than High Hrothgar (which I’ll come to in a moment) this has to be one of the coldest-looking game levels I’ve seen in recent memory. End Game introduced some great new content for Battlefield 3 (such as the dirt-bike), and is the final expansion. It’s the last thing that will come out prior to Battlefield 4, which is coming right up with an October 29th release date. There’s something serenely beautiful about bombing down an ice-slicked mountain path on a dirt-bike covered in C4, only to bail, watch as glides toward an unsuspecting tank, then jam on the detonator like there’s no tomorrow.

This is a beautiful sequel that I recently helped review, and features Russian and German troops duking it out on the frozen battlegrounds of the Eastern Front. This title has a feature that instantly got it approved for this list – if you don’t keep an eye on the weather conditions, your troops will freeze to death. That’s right. They will get sleepy, then presumably start feeling like they’ve slipped into a warm bath as they slump to their knees, drop their rifles, and embrace their fate. The pure tragedy of what’s happening to your soldiers onscreen will cause you to forget even the highest of outside temperatures. In addition to the deadly blizzards that can catch your guys out in the open and subsequently make that incoming MP40 fire seem like a minor annoyance, there’s some great tank combat. See a line of armor advancing across the river? Toss some mortars in the sky and you might just crack a hole in the ice big enough for them to fall through. It’s absolutely bananas when this works, and the feeling of satisfaction is beyond compare.

Skyrim gets a special shout-out because I physically feel cold when I’m tromping around the mountains, looking to visit Greybeards in High Hrothgar. The visceral look and feel of subzero gusts whirling around as your character tries to keep one foot moving ahead of the other is rather sublime, and you’ll probably forget all about that bird’s egg you saw frying on the sidewalk outside your apartment building earlier. I also just love the look and feel of the Greybeards’ mountain lair, though it’s far from the only snowscape that you’ll encounter in the game. Plus, you can fully expect to lower that body temp by battling a handful or two of Ice Wraiths, Snow Bears, and Frost Trolls (oh my!) If you haven’t given this game a shot, and you care at all about massive, open-world RPGs – then you probably don’t exist because that’s an impossible contradiction.

This may seem an unusual choice at first glance, but the fact is, Red Dead Redemption is one of the finest games Rockstar has put out in the past decade, and I included it because I frickin’ love hunting for bears. Now, animals in Red Dead can get pretty damn scary. If you’ve ever been attacked by a cougar out of absolutely nowhere in this game you’ll know I’m right. But for anyone who wants to feel like they’re really putting their life on the line, it’s time to hitch up your spurs and head for the temperate forests and snowy steppes found in the Tall Trees region. Before you get the wrong idea, I’m not being sarcastic – hunting bears is some scary shit. The panicked screams that burst forth from my throat when a bear would emerge from my blind spot to tackle my horse were formed out of pure instinct (for comparison’s sake, I scream in the same manner when I watch movies like Paranormal Activity; or, if you’ve seen O Brother Where Art Thou, remember the scene where John Turturro is getting whipped? I sound exactly like that). All that being said, dancing around bears on your horse while taking potshots with your lever-action Winchester makes for a pretty ridiculous amount of fun, and forms only a tiny portion of the game’s overall content. The cool green vegetation and snowy, rock-covered valleys passes explored on horseback help me forget about the boiling concrete jungle outside, at least for a little while, and if you’ve never given it a try, you don’t know what you’re missing.

Sam is an aspiring novelist who spends his days handling tech support for a Manhattan-based website called streeteasy.com. Despite living in Brooklyn and being a white twenty-something who likes to think he's got some sort of creative talent, he hopes to avoid being pigeon-holed, because we are all beautiful snowflakes. He has come to Gaming Trend with the intent of improving his writing by way of a deep and abiding love for PC gaming, but hopes to let consoles into his life just as soon as his pockets become a bit deeper. He and his wife can often be found wandering around Central Park, where they enjoy making fun of people who resemble their own dogs.
Related Articles: Battlefield 3, NHL 13, Red Dead Redemption, The Elder Scrolls V: Skyrim
Share
Tweet
Share
Submit