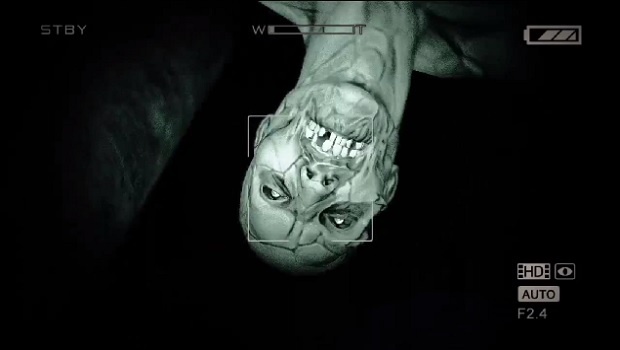 Halloween is today, but if you’re too young or old to go out partying or trick-or-treating, then it’s a perfect time to break out your games starring the damned, dismembered, disembodied, and demonically possessed. The horror/survival genre has seen some true gems in recent years, but that doesn’t mean we’ve forgotten the oldies but goodies. Here’s a selection of 13 scary games (in no particular order) sure to make you jump, scream, wet your pants, and/or miss a night or two of sleep. Read until the end to find out how you can win a copy of survival horror title Outlast to do all of the above and more!

Is your horror game collection a little lacking? Let Gaming Trend help you with that! Enter the giveaway below for a chance to win one of two Steam keys for Red Barrels’ Outlast.

Breanna has been gaming since infancy, if gnawing on an unattended controller counts as playing a game. One of the younger members of the Gaming Trend family, she dabbled in PC games as a kid but wasn't fully consumed by the hobby until the sixth generation of consoles. Now an avid PC and console gamer, she looks forward to the day when she can scape together enough cash to join the next gen club. In the last week of middle school, a math teacher taught her how to program a calculator; she was pretty much hooked then and there. Currently working towards a degree in Computer Science and Applied Math, Breanna hope to someday make games instead of just writing about them. Other hobbies include playing guitar, binge-watching Netflix, and cooking delicious food.
Related Articles: Alone in the Dark, Amnesia: The Dark Descent, Dead Space, Eternal Darkness: Sanity's Requiem, Fatal Frame 2: Crimson Butterfly, Outlast, Resident Evil 2, S.T.A.L.K.E.R.: Shadow of Chernobyl, SCP Containment Breach, Silent Hill, Siren: Blood Curse, Slender: The Eight Pages, Undying
Share
Tweet
Share
Submit