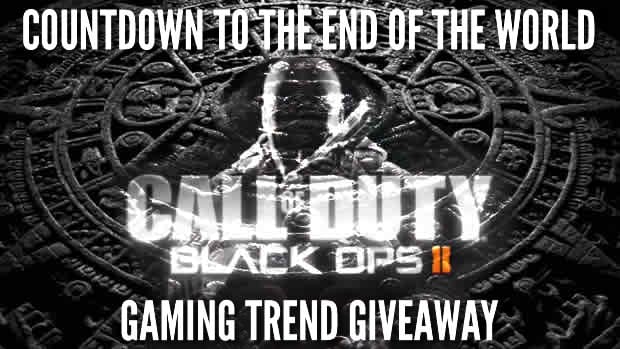 Here at Gaming Trend, we don’t necessarily BELIEVE that the world is going to end on December 21st (We gotta stick around for at least Bioshock: Infinite), but we figured it might be a good idea to hedge our bets. Between now and 12/21/12 we want to make sure you, our readers, get as much gaming in as possible. Say hello to Gaming Trend’s Countdown to the End of the World Giveaway!

To kick things off on your apocalyptic gaming playlist, we have a doozy of a Black Ops II for PS3 giveaway:

The contest starts today, rules of entry are below. We’ll be picking our winners on- you guessed it- Black Friday!
a Rafflecopter giveaway