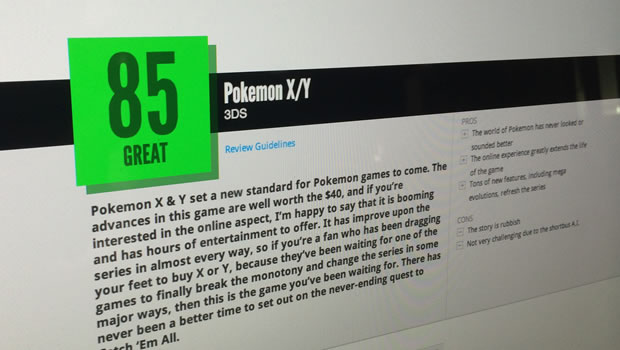 A little over 9 years ago GamingTrend.com was born, but there was something before that – ConsoleGold. CG was focused almost exclusively on console reviews – a humble beginning of my own writing career. When developing the site I looked at the scant few other review sites out there and was immediately disappointed with the near-universal lack of quantification. Everyone talked about how the game was the “best evar” but nobody could tell me why. Don’t tell me the graphics are nice – give me specifics on tessellation, bump and mipmapping, and polygon counts. Give me a number that forces the writer to really think about how this game compares to others in the same genre. As we transitioned into GamingTrend.com and began tackling reviews on all platforms, we retained that methodology in our review system.

We used a matrix that gave a numeric value to audio, controls, graphics, value and replay value. We also determined that nothing was more important than gameplay, so we gave that score twice as much weight. The overall score was between 1 and 100 after all of those subscores were tallied. That system has served us for over a decade, but we’ve found that we were often inadvertently adjusting the subscores to give the game the final score we felt was appropriate, as well as realizing that we were reviewing more and more products that weren’t video games and didn’t work well with the platform specific subcategories. We also felt like our scores were creeping up and our average score was somewhere around 79%. Obviously this was not working as intended and was not using the full score range.

Here is the complete score breakdown and what each tier means:

As you can see, we have delivered several fantastic upgrades to the site very recently, and ahead of our 10-year celebration of GamingTrend.com we have many more. Part of that is our new scoring system for a lot more detail on what went into this. On this page you can see the revamp in action, as well as a ‘reset’ of the average score which will land somewhere between 50 and 60%. Take a moment and take a look at our new approach and give us your feedback! It’s an exciting time for GamingTrend.com and we are happy for you to be a part of it.