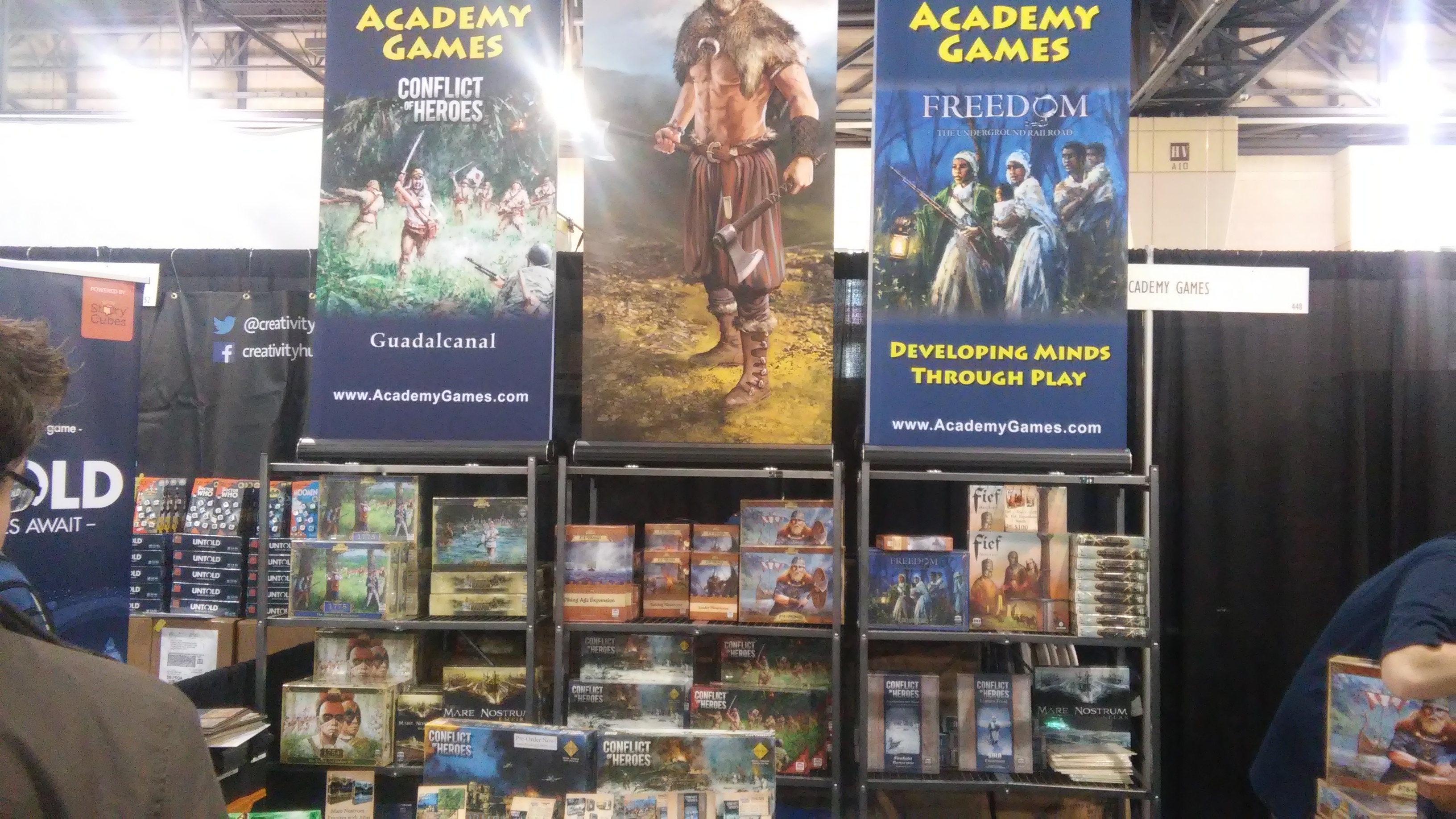 Academy Games’ focus has always been on using games to explore history, in all its visceral, uncomfortable truths. While many of its products have revolved around the lesser known or the non-controversial, such as the Viking invasion of England, its examination of the abolition movement through Freedom: the Underground Railroad made waves even before its announcement. The game’s high quality and considerate design eventually won it credibility, but Gunter Eickert, the creative director, spoke to me about how Academy Games approaches historical design, and the many steps it took to develop Freedom into the historically conscious product that it is.

Two core principles of historical design are thorough research and diverse perspectives. Before embarking on a project rooted in history, Academy Games is careful to communicate with professionals who know the period well enough to ensure that the representation is grounded in the truth (or as close as we can manage) of events as they happened. Academy also made sure to work with the African American community, so that the game’s perspectives do not come from a skewed viewpoint.

Another key goal is to make sure that no one “plays as the bad guys” in any game. While history is nuanced and complex, putting individuals in the role of slave catchers has no good outcome. At the same time, we have to face our own sins in history; Americans have committed atrocities many times, including during conflicts where our opponents did worse. Gaming has a place in bringing these truths to light and forcing us to face them.

It’s this kind of care that you need whenever embarking on a historically backed product, and that care makes it successful. Freedom was successful, despite the controversy, and ironically was rejected in suburban communities until they saw its adoption in the inner city. As an educational tool, Academy Games’ products have excelled. While education is always seeking to experiment, much of that experimentation have taken it to digital tools. Gunter posits that interaction, the unpredictability of other people, and the feel of real objects in front of you have the potential to be far greater tools. If you empower the learners to engage directly with the material, they will be more willing and able to internalize its lessons.

Academy Games will continue on its mission of delivering history to its fans, but the new division Apollo Games will also bring them to the realms of scifi and fantasy. As Gunter says, finding good designers is hard, but nowhere near as hard as finding good designers who are also good historians. Apollo allows them to leverage other talented individuals with their company. The first product from Apollo is the miniatures adaptation of Agents of Mayhem, pitting antiheroes in the earth founded after the end of Saints Row 4 against even less scrupulous supervillains.

The miniature combat will include destructible terrain and movement abilities to push enemies off of tall platforms. The action system will also keep every unit engaged during other units’ actions, reducing downtime for players. As characters go through scenarios, they will pick up upgrades which you can slot directly into their character boards, or remove if you are averse to permanent changes.

Keep an eye out here for the Kickstarter and check Academy Games for more updates.