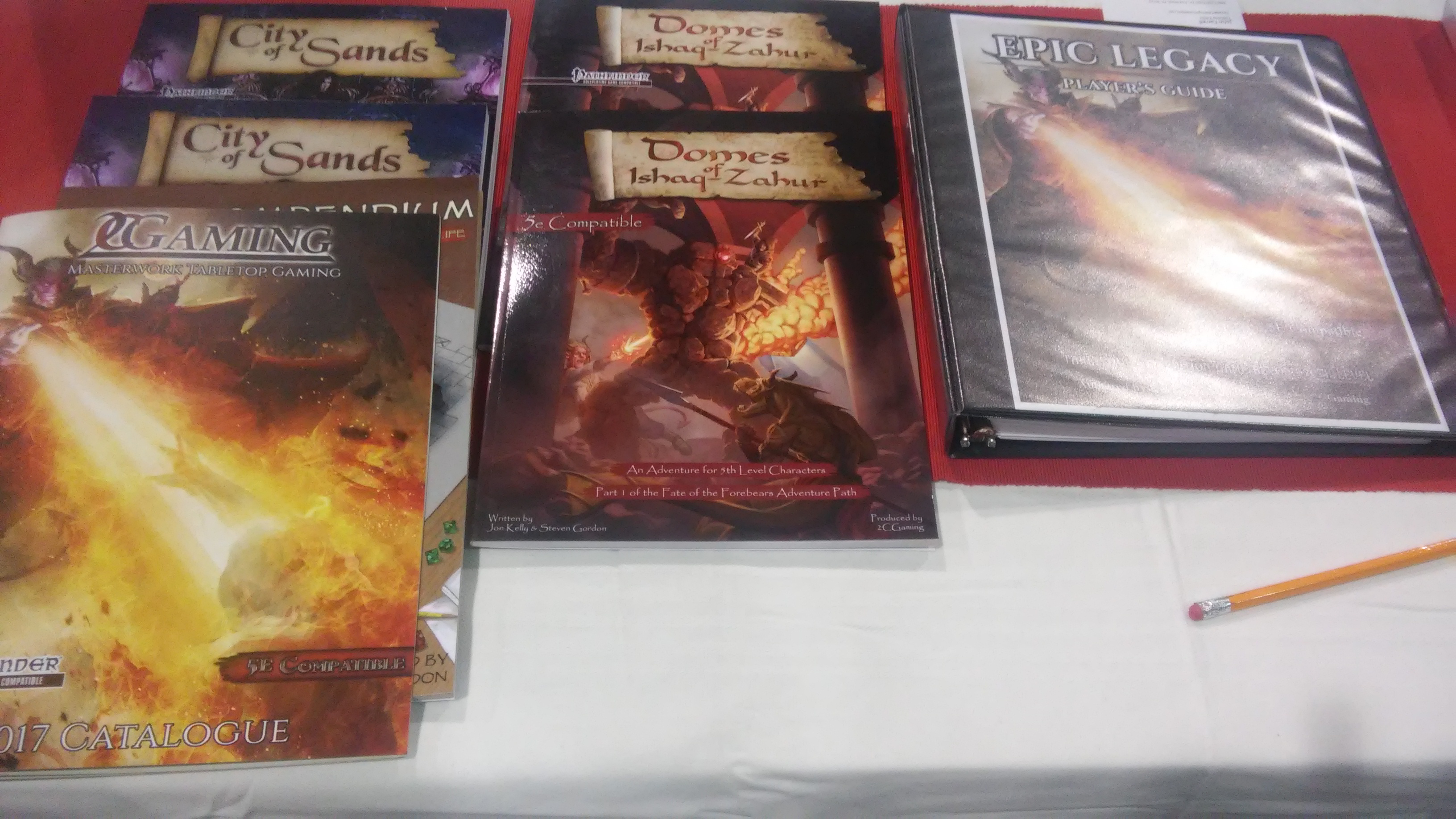 2C Gaming made its name taking D&D Fifth Edition beyond 20th level, and made quite a splash at PAX Unplugged giving player the chance to create and test some epic level characters. The support comes in the form of more than just characters, however. 2C Games does have a beyond epic level player’s handbook, but also offers adventure paths and monster manuals to take your game further than ever before.

I was curious how they could keep gamers engaged at this high power level, given that most of the difficulty with 5E is based around scaling damage. The design works around that problem by adding in new features to make encounters fresh. For one, epic level games includes new conditions to debilitate you or your foes, making damage only one thing to fear or deal out during a prolonged fight. Additionally, monsters have evolving tactics that increase their lethality the longer an encounter continues. Already dangerous creatures can become unassailable challenges if you don’t execute the right plan from the start.

Of course, the epic encounters are not all 2C has to offer. It creates its own books of traps and encounters, and even adventure paths to push your parties to their limit. Many of these works are Pathfinder compatible as well, should your interests lie there.

As focused as 2C Games is on Dungeons and Dragons, it will be expanding its repertoire soon with Cassock, Myghin’s Song, a visual novel melding Celtic mythology and cosmic horror. “We’re good artists and we’re good writers, so we figured why not use those talents,” said Steven Gordon, the company’s co-founder. Requiring more style and creativity than programming, a visual novel seemed a natural choice. It should be easy to produce and come in at a low price point. Keep an eye out for the Kickstarter coming spring of next year.