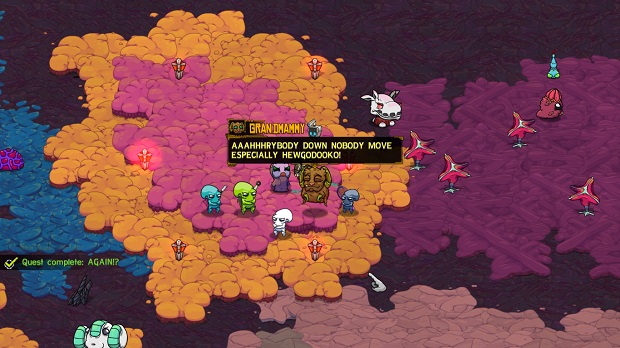 Brace for Impact: The Crashlands Story, a feature documentary about the development story behind Crashlands, is coming in 2016.

The documentary will offer a behind-the-scenes look at the Butterscotch Shenanigans studio, the creation of Crashlands, and artist & designer Sam Coster’s battle with cancer that inspired the game.

Brace for Impact was originally planned to be the first season of Dev Diary, a webseries focusing on game developers in the Midwest. The producers, Forever An Astronaut, recently decided to expand the project to a full-length feature.