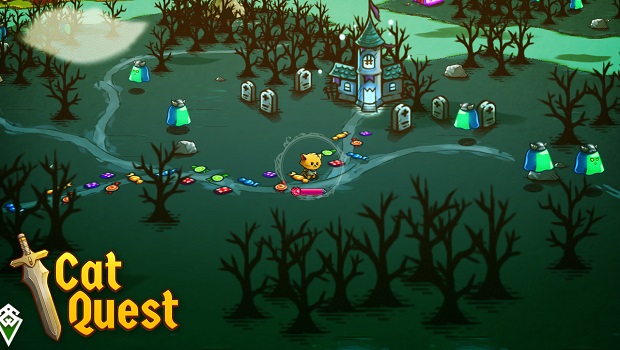 Singapore-based development team The Gentlebros recently announced that its upcoming 2D open-world RPG Cat Quest will be clawing its way to consoles and mobile devices later this year. The game is slated to be released on Steam, PlayStation 4, Nintendo Switch, and smartphone devices.

Cat Quest is an RPG featuring (what else?) cats. You control a catventurer as you explore the continent of Felingard, filled with ferocious foes and friendly felines. The game will feature over 60 quests and 50 dungeons to complete, as well as real-time combat and a horde of monsters to fight.

We’re hyped to announce that Cat Quest will be on the #NintendoSwitch! #gamedev #screenshotsaturday Watch it here: https://t.co/hRz1QgBhuX pic.twitter.com/XtoSINrfht

The Gentlebros recently announced that Cat Quest will also be released on Nintendo Switch in addition to Steam, PlayStation 4, and smartphone devices. The game is slated to be released later this year. Stay tuned for more news here on Gaming Trend.