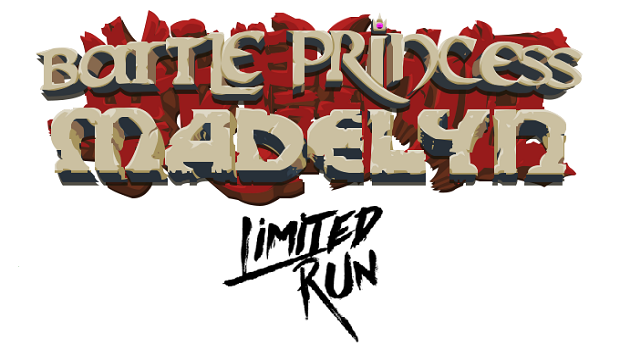 The Kickstarter for Battle Princess Madelyn is underway, and the publisher Limited Run Games has announced that it will provide physical PC and PlayStation 4 versions of the game for certain reward tiers. We talk with Douglas Bogart, co-founder of Limited Run Games, to ask about the fulfillment process as well as the company’s future plans.

Gaming Trend (GT): In the Kickstarter for Battle Princess Madelyn, Causal Bit Games said that you’ll be responsible for the physical reward fulfillment. What kind of products will you be offering for this campaign?

Douglas Bogart (DB): Right now we are down to do the PS4 game and PC/PS4 box with the soundtrack. We will be offering quotes for other rewards to see if we can assist them with anything else, but right now those are the only for sure things.

GT: Battle Princess Madelyn is shaping up to be a great 90s inspired Ghosts N’ Goblins spiritual sequel. What made you interested in helping out with publishing?

DB: I really enjoyed the art and gameplay! I also love the back story behind the game. I want to help make this come true for his [Creative Director Christopher Obritsch’s] daughter as well.

GT: Were there any obstacles working out the logistics for sending the rewards, since Causal Bit Games is located in Canada and you’re located in the US?

DB: There will be definitely, but it’s something we will hash out later once we start manufacturing and the game is closer to completion. Most of the items will just be shipped here so we can handle fulfillment.

GT: If I recall, you and Josh are the sole employees at Limited Run Games. How has running the company changed the way you’ve seen the gaming industry?
DB: We are still the main two guys but we are now a team of 7! We have a CFO, 2 support people and 2 always on shipping guys. Plus a few shippers paid as contractors.

GT: I just want to say you’re doing a great job giving independent gaming new life. How do you think the indie scene will influence gaming as a whole?

DB: I think the indie scene is growing at a very fast pace and showing AAA companies that they are no longer needed as much as they used to be. There’s such a huge community and so much support out there! It’s a great time to be an indie.

GT: What would you like our readers to know about the process of how you get games published physically? Are there any extra hurdles you need to jump over to get these agreements settled?

DB: We typically go after games we want to personally own, but now developers have started to approach us! The biggest hurdle is just making sure the contract looks good and if there are any issues with how the laws work in their country if they are not in the US.

GT: You recently announced that you would release the physical edition of Sundered for PC and PS4. Are there any more Kickstarter projects you are planning to work with?

DB: Not at this time, we want to give our fans a break. We weren’t going to do another one after Sundered but I really wanted to see this game made and be a part of it.

GT: For the indie developers who are reading this, how can they make a deal with you guys if they want a physical version of their games published?

DB: We’ve got some huge things in the pipeline that I hope will make people happy! Also if you’re an indie dev, never give up hope that you can someday own a physical version of a game you made! [As for] favorite game I’m playing, Nier Automata while anxiously awaiting Persona 5.

You can pledge to the Battle Princess Madelyn Kickstarter here. Check back here for more news on Gaming Trend.