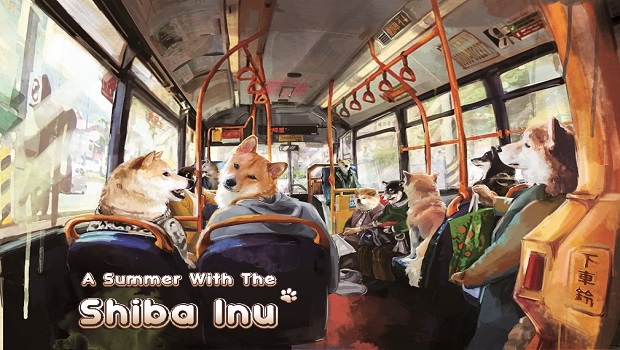 Quill Studios has announced its debut game on PC, a visual novel by the name of A Summer with the Shiba Inu. The game is currently on Steam Greenlight, and is slated for release later this year.

Ten years in an alternate future, the world is populated by dogs. When Syd, the eponymous Shiba Inu, goes to the Island of Strands, she gets in touch with her old friend Max and meets a mysterious Labrador Retriever named Quei-Li. Syd soon discovers that not everything in this city is what it seems, as well as “The System”, a way to value each individual dog. Players will have to find the truth behind these mysteries and main characters’ relation to “The System”.

A Summer with the Shiba Inu is currently on Steam Greenlight. Once approved, the game will be released for PC later this year. Stay tuned for more news on Gaming Trend.

A Summer with the Shiba Inu Steam Greenlight Trailer