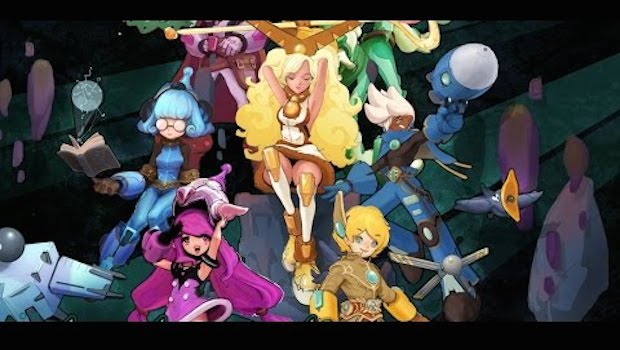 A simple concept can make for the best games. In Invisigun Heroes, that concept is a top-down pixelated shooter where everyone is invisible. Both you and your opponents leave only vague, translucent outlines and blips when you shoot or bump into terrain, and you have to use that and your intuition to suss out just where to place that perfect shot.

On paper, it’s straightforward, but in practice it’s a fiendishly engaging set-up for same-screen multiplayer fun. Each shot you take might kill an opponent, but it also gives away your position. You need to pay attention to your enemies’ cues, to see footprints in the snow or ripples in the water, but you also need to watch your own so you know where you’re standing and shooting from.

Throughout the duration of PAX South, the Invisigun Heroes booth was never wanting for players, as small crowds were constantly gathering and watching the action unfold. Rounds are quick and intense, as everyone watching sees the same info, so every move and shot ramps up the tension.

It isn’t just about the careful back-and-forth of shooting, though. There’s the clever use of your character’s skills that often give you an edge in fights and get you the points for the round. The builder, for example, can create blocks of terrain that bounce shots back at combatants. Another can make teleportation pads that can transport the creator or their bullets, while others can dash, or leap over terrain, or even fake a terrain bump to fool an opponent.

In one tense match, I was the last person alive against a builder. We had been exchanging careful shots back and forth, deceiving each other, but what he didn’t know was that I was leading him. This builder, I noticed, had a tendency of placing blocks preemptively as he moved. So as I dashed side-to-side, I carefully baited him to gradually box himself in. When he put down the last block, he realized that he hadn’t built a fortress, but a tunnel, and with him at the only outlet. My shot hadn’t even reached its target by the time he dropped his controller.

That all happened in less than ten seconds, yet the building anticipation and roar of the small crowd behind us was the norm for matches of Invisigun Heroes. It’s a game that perfectly builds excitement through the steady trickle of little bits of info, with everyone staring at the screen, looking for any twig to snap or pin to drop.

Nothing captures this better than the instant replay cam at the end of each round, which shows the final kill with both the final combatants visible. In some cases, that meant watching my avatar ram themselves into walls with their face because I wasn’t counting my steps. In others, it meant seeing a careful trap play out perfectly. Either way, it was always cool to see the individual strategies play out in slow-motion replay.

There’s a host of other modes in the game, and while I only played Survival, there’s standard deathmatch and king of the hill modes, as well as a version of Oddball where the holder is always visible and the hunters are invisible. All of this is playable either on same-screen or online multiplayer. As one of the developers exhibiting told me, online was extremely important to the team — local multiplayer is fun, but they want people to boot up Invisigun and be able to have fun whenever, not just when they have three friends over.

Invisigun Heroes looks like the next big thing for same-screen multiplayer, and has all the right tools to do so. It’s reminiscent of Towerfall in many ways, where everything from the look and sound to abilities, weapons, and mechanics just click to make a perfect experience.

Invisigun Heroes is currently in Kickstarter. As of the time of writing, they have 18 days to go, with just over half of their $32,000 goal pledged.