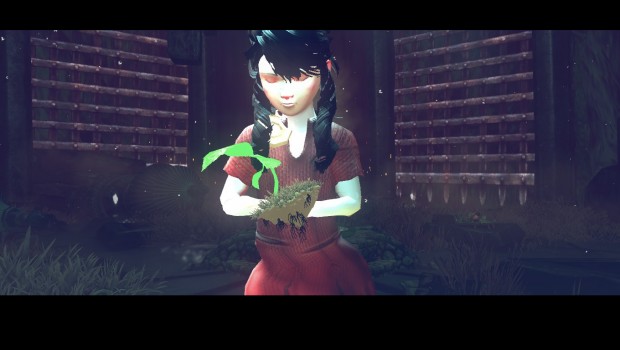 Continuing the games I had a chance to play at PAX East, the next game up on those I was able to play some more of was Toren. Thanks to not getting much hands-on time with it there, I was so excited to get a chance with more of it that I included it in my Top 5 Games of PAX East list. I am ecstatic to say that I was not disappointed, despite the game having a few major weaknesses.

Toren is a third-person adventure game in the likes of ICO, though a genre is definitely not the end of the similarities the two games share. They also play very much the same (minus a companion). Unfortunately, that applies both for better and for worse.

What I mean is that Toren suffers from an old problem games like this tend to have: the controls leave a whole lot to be desired. I didn’t find the platforming too affected by this, thankfully, but the combat is an exercise in frustration. Trying to hit small moving targets with no lock-on while it is already so difficult just getting Moonchild, the main character of Toren, facing in the right direction is maddening. Trying to do that with the horrid Keyboard and Mouse controls makes it even harder.

Trying to grab the blocks in this part is a particular demonstration of how frustrating the controls are.

If that wasn’t bad enough, Toren’s camera is wonky at its best times. Even if you are using the thumbstick on a controller to aim the camera, you can barely control its direction. It has a mind of its own and prioritizes its cinematic angles more than it prioritizes your ability to actually control the game.

Yet, even with these irritating issues, I loved my time playing Toren. When it all comes together and everything is done right, it climbs a tower of mechanical frustration to new heights.

I don’t just mean that from an aesthetic perspective. For while Toren’s unique art style, with a mix of somewhat cartoon-like and realistic, is something I enjoy and haven’t quite seen before, there are other pieces to this puzzle that show a potential for brilliance. The soundtrack is great and the presentation overall is absolutely fantastic. There are times where I can completely forget about the bad controls and shoddy camera and just enjoy what I’m seeing and hearing.

There are some fantastic moments in Toren.

These are the times when the graphics, music, and camerawork come together to present an amazing moment. Toren’s story can be quite confusing at times, but it’s all in service to drawing you in and making you wonder what the answers to your questions are. Just like in ICO or similar games, it’s all very minimalistic, leaving a lot of it to your own interpretation of events. There’s only scant dialogue with voice acting in a language I can’t understand, and that’s all that’s needed when you are trying to piece together what’s happening.

In a game like this, atmosphere is the most important thing, and Toren absolutely nails it. Even not knowing much about the story or how things will end up playing out, I’m drawn into it every time the music hits a high point as the camera pans over to present something emotionally compelling. Not even bad controls can keep knocking you out of something you can become so invested in, and investment in content so interesting and well written is easy.

From the very beginning of the game you are shrouded in Toren’s mysteries, especially with the quick pacing making things hard to get a hang of. I’m not too worried about the pacing being a deficit because even after after the hour-long demo I don’t have a grasp on the big picture, which is often the part of most importance. You will have to mentally piece together this tale as you progress, receiving vague story inputs that hint towards what you need to do next.

Time to climb that tower.

The demo’s battle of your scared little girl against a terrifying dragon that turns people to stone when it roars is extremely compelling. The framing of scenes, the small tidbits of lore you receive, the challenge of climbing up the titular tower… it’s all masterfully done. I found every challenge to be worth my time, and I can’t wait to see Moonchild grow from a scared and confused girl to a strong woman in Toren’s unique coming-of-age tale. The fascinating Brazilian folklore worked into the narrative inspiration is just icing on the cake.

Swordtales has some fights for the future as they continue development of this game. Particularly, I’m worried about the simple combat in this demo. There seems to be some type of progression that you will need to solve puzzles later on, but that is just my guess and if there is no development of your capabilities as you make progress it could quickly get stale despite the games core strengths.

This games heights are extremely compelling.

In the end, however, I can safely say I cannot wait to play the complete version of Toren. I want to climb its tower full of its fascinating minimalistic narrative and engross myself in its gorgeous settings. I hope Toren can overcome its nagging control issues, but regardless of the depths, I’ll still want to explore its heights.