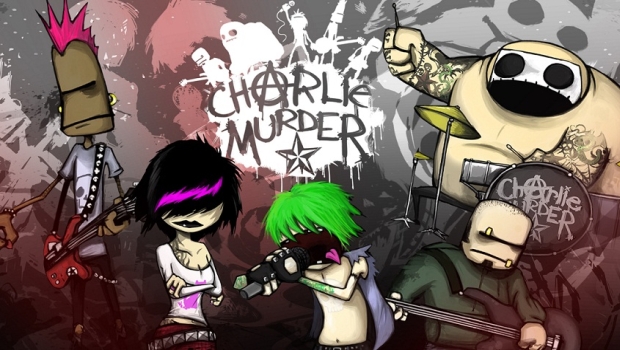 In an interesting turn of events, an unlicensed port of XBLA title Charlie Murder from Ska Games has turned up on a Russian Forum. Turns out, it’s coming from the same person who just last year ported the awesome title The Dishwasher: Vampire Smile. Running the text through Google Translate (turns out I don’t speak Russian no matter how many times I watch the movie Red Heat) here’s what we get:

After weighing all the pros and cons, and the negative criticism from users of Eurogamer I decided not to publish this port to the Internet. This game is just for me. But you will not be disappointed. Maybe after an end of exclusive contract, Ska Studios will port it to you officially, just as it has ported The Dishwasher: Vampire Smile (probably it coming soon in Steam. Maybe :)

Among other things Microsoft did not appreciate my joke and banned my Xbox 360. Basically I was not likely to get frustrated, I finally buying a Playstation 3. Now I buy all the games in PSN and happy as an elephant. And Microsoft? They probably do not want me to buy the game from them. Well, God bless them, it is their right.

Well? Here’s my new port from Xbox 360 – Charlie Murder. Not being able to buy this game in Xbox Live (because my Xbox 360 is banned) I decided to port it to PC. Porting took about a week. In the process, I had to finish decompiler XACT, it is far from ideal, but it does its job well . Among other things, I decided not to isolate GamerServices, in connection with which the game port supports four players. “Save system” was subjected to modification only, it was not compatible with Windows. Isolated storage is replaced by a set of files. Also the game is not support network multiplayer and achievements.

Microsoft has long purported how easy it is to take a PC title and put it onto XBLA, but it turns out that it seems similarly easy to reverse that process. Here’s where it gets interesting – the engineer who did the work doesn’t intend to release it. That’s right, he reverse engineered it simply because he wanted to play it on the PC (and probably a bit for the challenge of it). In fact, Barabus reached out to the team at Ska Studios, as did we for their comments on the situation.

It’s good to see the team at Ska take it in stride, and I’m glad to see Barabus won’t be releasing it publically.

What do you think? Are you comfortable with people reverse engineering games even if it’s for their own use? Let us know in the comments.