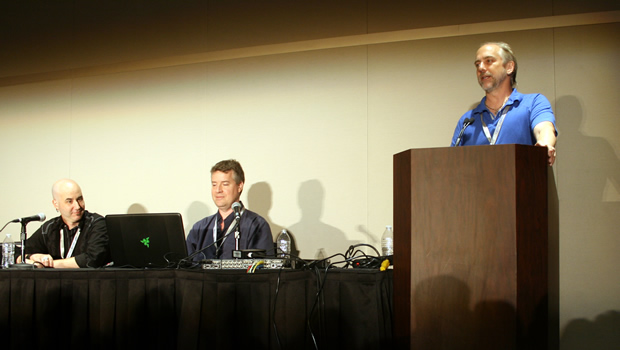 Last week Richard Garriott did the unthinkable- he showed the world a very early build of his current game project, Shroud of the Avatar: Forsaken Virtues. Speaking at RTX in Austin, Texas, Garriott not only introduced his new game producer, Starr Long, but gave a short presentation on where MMOs were, where they are, and where he hopes to take them, culminating in a rather lengthy demonstration of  how far they’ve come with the game in the three months since the Kickstarter campaign. Portalarium is embracing every aspect of the crowdfunding model, and has vowed to remain transparent (warts and all) during the development process. Additionally, backers of the game have already started sending in game assets, and Portalarium has released guidelines for poly counts and such for those interested in contributing. Garriott stated that contributors whose assets appear in the game will be reimbursed for their use. Check out the full presentation after the break:

After the presentation, we got a chance to chat with both Starr and Richard about where the game is and where they plan to take it: